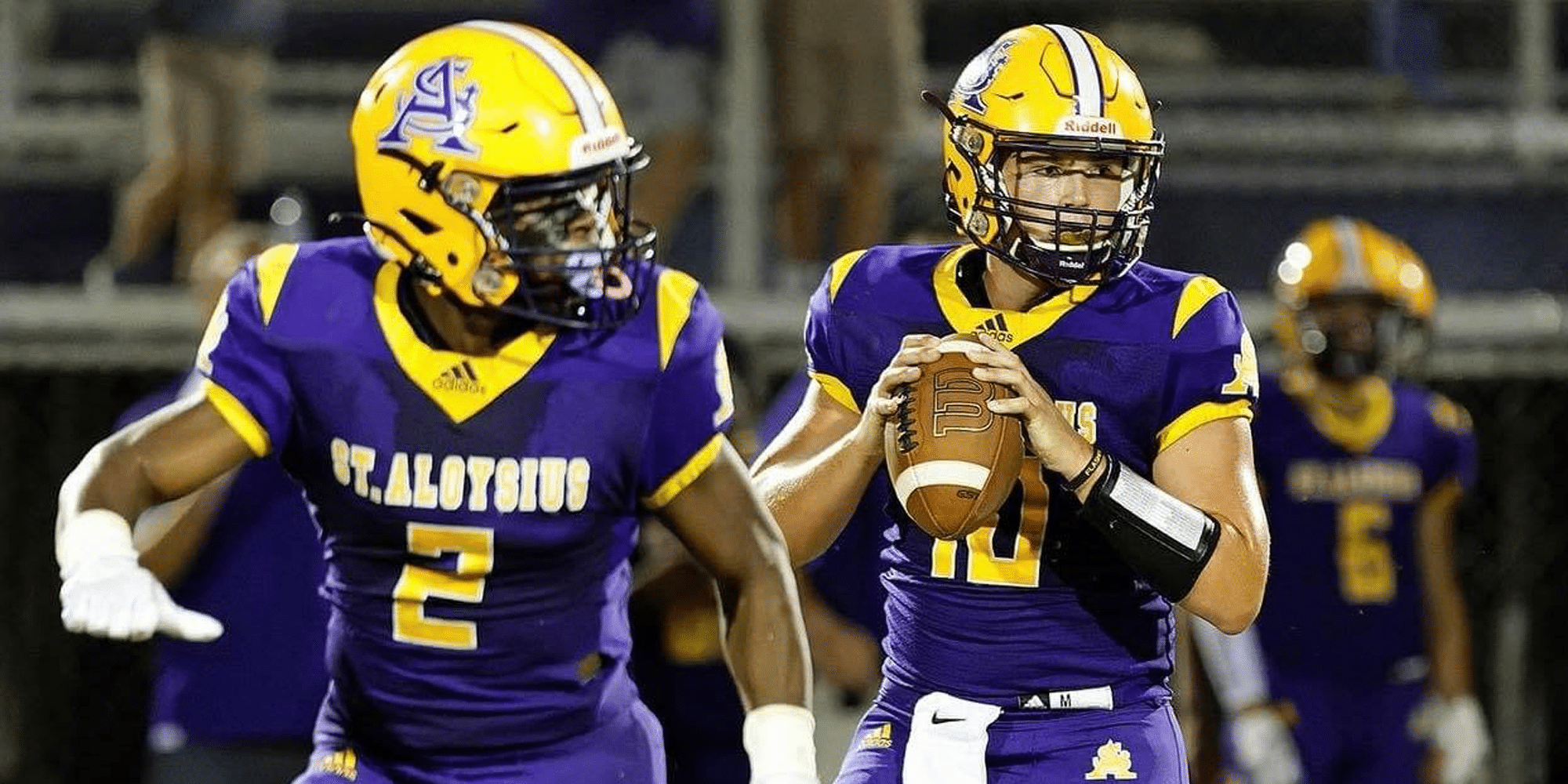 After a very close game, the Flashes managed to defeated rival, Cathedral, 28-27  in front of a big crowd on Friday.

“I’m so happy for these young men!!! They deserve all the credit,” head coach Bubba Nettles said. “They executed our game plan flawlessly. Finally put two halves of football together. Shout out to our student section and our home crowd. They were awesome. I’m so happy for these seniors. They could have tanked it in after the first few losses and they didn’t. They kept their focus and never gave up. They are the true victors tonight.”

Padre Gray, Jr. helped carry the St. Aloysius Flashes to victory with his 200 plus yards performance.

The Flashes and the Green Waves went on a scoring rampage in the first half where the score was tied at 21. Gray rushed for a touchdown while Wilbanks also got one on the ground and through the air after hitting freshman Carson Smith on a short pass.

Damien Reeves found the end zone in the second half for the Flashes on a four yard carry.

The Flashes defense stepped up in the second half with Jack Gannon finishing the Game with 13 tackles. Josh Larsen also came up with a huge sack in the final minute of the game to keep the clock running.

Late in the game, when Cathedral found themselves scoring again to make the score 28-27, senior Chase Tucker blocked the extra point.

The Flashes will be back at home on Friday during their homecoming night against Clinton Christian Academy.