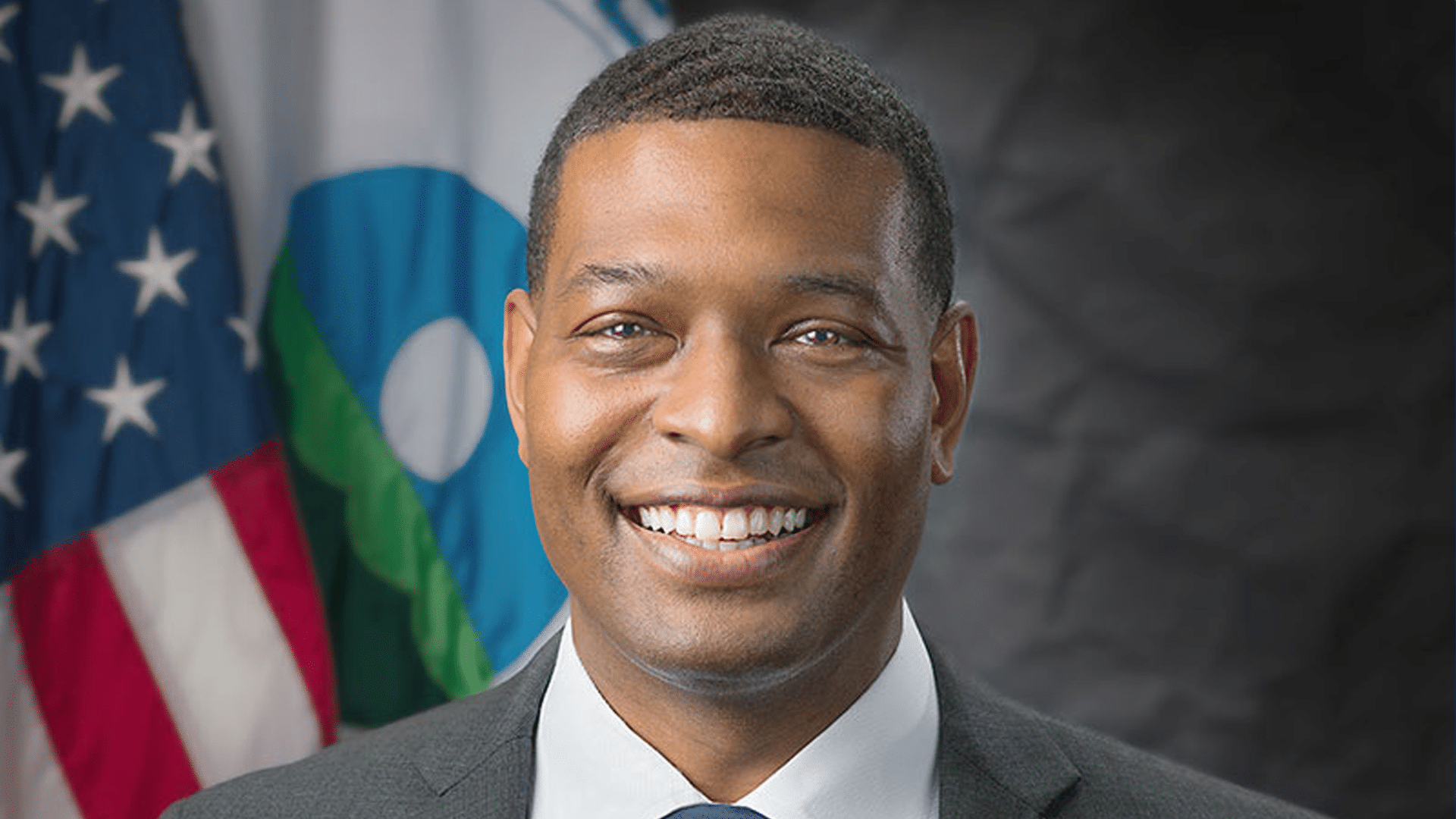 But during his visit, Regan unexpectedly got to witness the unreliability of the city’s water system for himself.

Prior to officials issuing a citywide boil water notice Monday night — resulting from what they believe was a “bad batch of chemicals” to clean the water — the EPA chief stopped by Wilkins Elementary School, which is south of I-20 and farther than most of the city from the main water treatment plant, O.B. Curtis.

Apart from a few students who stayed to talk to Regan, the building had emptied out that morning; after a 9-week water outage at the school earlier this year, students were again forced to relocate Monday morning because of low water pressure. And worse, some parts of the city on Monday were completely without water.

To address recurring failures at the city’s water utility, which shut down for over a month after a winter storm froze exposed equipment at the treatment plant, Jackson leadership has put the price tag at $1 billion. The funding shortfall exists for several reasons, such as a dwindling tax base, but a primary cause is the shrinking trend in federal support over the past forty years.

That total amount given to Mississippi, which will be spread across Mississippi, is less than half of what Jackson alone needs.

During a media Q&A, Regan at first touted that the money from the bill, in addition to funds from the proposed Build Back Better plan, would give “adequate resources” to invest in reliable drinking water; yet he later said that these funds would just be a start to fixing the problem, and touched on another strategy for raising money.

“With all of those resources, in concert with stronger relationships with our state and local officials, we will be better able to leverage those resources to tackle the shortfalls,” he said. “This is a shot in the arm, it’s a down payment, but it’s a huge opportunity for public-private partnerships.

“We’re going to have to be creative in how we spend our precious resources, but we’ll also have to be entrepreneurial in how we partner with the private sector to be sure that our communities are thriving.”

Fifteen percent of Americans receive water from a private utility, and, as policy experts told Mississippi Today, they have shown mixed results; while private utilities can provide more resources and are less likely to violate federal health codes, they can also come at a higher cost to customers, which is part of why past Jackson leaders have opposed the idea.

In addition to seeing Wilkins Elementary, Regan held a roundtable talk with community representatives, visited the O.B. Curtis water plant, and toured different areas including West Jackson. The west and south parts of the city, which have a higher percent of Black residents and lower median incomes, are the farthest from the treatment plant, meaning it takes longer to restore water pressure for those homes.

Regan, the first Black man to lead the EPA, said that his agency will incorporate environmental justice into all of its policy decisions, hoping to take aim at the disproportionate impacts pollution has on marginalized communities.

“It’s a fact that communities of color have disproportionately borne the impact (of pollution),” he said. “EPA’s job is to provide protection under regulation and law for all Americans. Environmental justice is a guarantee that we will look at the past deficiencies there.”

As part of a new initiative, the White House committed to direct 40% of climate and clean energy benefits towards disadvantaged areas.