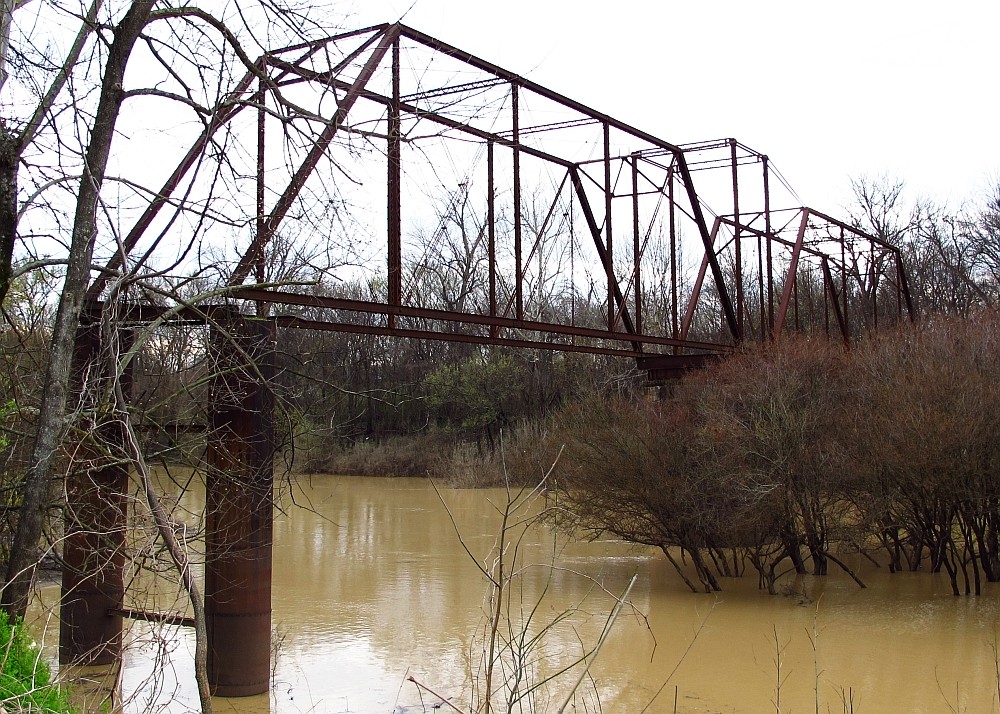 by Ann Dahl, Finish the Pumps

The mission of the American Rivers organization is to “protect wild rivers, restore damaged rivers and conserve clean water for people and nature.” For more than 20 years, in their effort to fulfill this mission, American Rivers has published an annual list of the 10 most endangered rivers in the United States. Five times in the last 20 years the Big Sunflower River in the Mississippi Delta has made the list, in 2002, 2003, 2004, 2018 and 2020. The threat to the river is cited as the completion of the U.S. Army Corps of Engineers project, the Yazoo Backwater Area Pumping Plant (or Yazoo Pumps).

While researching this issue, I found it quite interesting that the Sunflower River did not make the list of endangered rivers between the years of 2004 to 2018. Right in the middle of that span, in 2007, the USACE issued its Yazoo Backwater Project Reformulation Study followed by the Environmental Protection Agency veto of the project in 2008. So American Rivers stood idly by while these critical events were taking place and yet touted it as one of its success stories in 2010.

Nowhere in American Rivers “America’s Most Endangered Rivers 2020” write-up on the Sunflower River does it explain exactly how the Yazoo Pump Project is going to harm the Big Sunflower River. It only states that the project “would drain and damage 200,000 acres of wetlands in the heart of the Mississippi Delta.” So, I guess they stretch their areas of protection and expertise to cover more than rivers.

The 2020 “Endangered Rivers” document, much like its predecessors, is full of statements that are not factual and designed to inflame the armchair environmentalist to hit the ever visible DONATE button.

Let’s break those down:

The statement that the “Big Sunflower River is threatened by an effort to resurrect the destructive Yazoo Backwater Pumps — a project that would drain and damage 200,000 acres of wetlands in the heart of the Mississippi Delta,” has already been debunked, reference Drain the Wetlands Myth. The condensed version is that the pumps will only be operated when the backwater flood levels are above 87-foot elevation, which is the annual floodplain. At 87-foot elevation, 203,000 acres are flooded, including 37,000 acres of farmland.

Another misleading statement is that “80 percent of project’s benefits would be agricultural, by draining tens of thousands of acres of wetlands to boost production of surplus commodity crops for trade.“ Again, this has been previously addressed in Will Farmers Benefit. The fact is that no wetlands will be cleared and converted into farmland because it’s illegal. The only benefit to farmers will be that they may actually be able to plant a crop on existing farmland instead of watching their fields turn into lakes.

Continuing on, the statement is made that, “The Yazoo Pumps would degrade tens of thousands of acres of public lands that taxpayers have long paid to protect and manage for people and wildlife.” What the environment groups don’t want you to know is that they have “degraded” these public lands by stopping the completion of the pumps and allowing these public areas to be submerged under up to 12 feet of water for months on end during the crucial spring growth periods, the bird migration period and the wildlife reproductive period. Mississippi State University has documented the devastation the floods have caused to the bottom land hardwoods, but the environmentalists probably won’t be touting that with their success stories.

American Rivers further states the “Corps has also said that operating the pumps in 2019 would have caused higher flood levels in the Yazoo and Mississippi rivers, increasing flood risks for downstream communities. The pumps would push 9 billion gallons of water per day into an already flooded Yazoo River.” What the Corps actual said, which is discussed in both Downstream Effects and A Drop in the Bucket, is that in the 2019 flood, the pump would have only made one-tenth of an inch difference in the downstream effect, and what I will tell you is that ultimately there is no increase in the volume of water going downstream whether it is pumped out by the Yazoo Pumps or drained through the Steel Bayou structure. It all drains downstream either way.

Also in the 2020 write-up, yet another misleading quote: “Corps has acknowledged that at least 68 percent of the lands flooded in this area would still have been underwater in 2019 if the pumps had been in operation.” What the environmental groups opposing the Yazoo pumps didn’t tell the public, but I discussed in The Significance of 92.6’, is if the pumps had been in operation in 2019, the flooding would have still reached 92.5 feet and 354,000 acres would have been flooded, but no homes would have had water in them and there would have been no major road closures.

And finally, American Rivers states “the administration is working to overturn the 2008 veto — an unprecedented action that would lead to the use of hundreds of millions of taxpayer dollars to degrade massive flood-absorbing wetlands, while undermining critical protections provided by the Clean Water Act and the National Environmental Policy Act.” To start with, the EPA doesn’t overturn vetoes, but they certainly “amend” them, as discussed in The Questionable Veto. The Bayou aux Carpes Site Project in Jefferson Parish, Louisiana, was vetoed in 1985; however, after Hurricane Katrina demonstrated the need for flood control following a hurricane, the veto was amended in 2009 and the project was completed. So certainly, completing the Yazoo Pump Project in spite of the EPA veto would not be an “unprecedented” action. As far as use of hundreds of millions of taxpayer dollars to degrade massive flood-absorbing wetlands, in 2008 the Yazoo Pumps would have cost $220 million. Since the EPA veto, there has been $994 million in agricultural losses, with $662 million of it occurring in 2019. We could have paid for the project four times over in the agricultural losses alone! The total losses from the 2019 Backwater flood will take years to document but what we do know now is that there were 686 homes flooded. Mississippi Emergency Management Agency’s Total Individual & Households Program dollars approved for 2019 was over $1.6 million and their Total Public Assistance Grants dollars obligated was right at $12 million. According to the Mississippi State Extension Service survey each household affected by the 2019 backwater flood had approximately $42,000 in uncompensated loses and over $3,000 in extra travel expenses. I think that is a pretty compelling economic argument for the completion of the Yazoo Pumps.

In the American Rivers 2018 article, “The Big Sunflower River Has the Blues,” the author states “the Sunflower River has been neglected, dumped upon and over-worked.” Even that sad description doesn’t tell the whole story of the Sunflower River. The article shows pretty pictures of happy kids in canoes, and those may be realistic for the northern most parts of the river. But when the Sunflower River reaches the lower Mississippi Delta it is a completely different story thanks to the failure to complete the Yazoo pumps. For almost nine months last year and four months and counting this year, there is no Sunflower River. It is swallowed up by the Yazoo Backwater and becomes part of the hundreds of thousands of acres that is the backwater flood.

Neglected – yes. The river is long overdue for some maintenance dredging and is slowly filling up with silt. The environmentalist stopped that project long ago with lawsuits and red tape while hailing a similar project on the Hudson River as a success.

Over-worked – certainly. The Big Sunflower River is no longer a natural river. It has had three different channels cut into it. The Holly Bluff Cut Off channel is a six-and-a-half-mile channel built to eliminate many of the curves in the river as a flood mitigation effort for faster drainage. Then the Big Sunflower’s conflux with the Yazoo River was replaced by the Sunflower Drainage Structure and the Six Mile Cut Off channel was built to reroute the Big Sunflower to the Little Sunflower. And finally, the 18-mile-long backwater connecting channel was built to divert the Little Sunflower to the Steele Bayou Drainage Structure. There has definitely been a lot of human intervention to the natural flow of the Big and Little Sunflower Rivers.

If you still have any doubts that these overzealous environmental groups will fabricate possible outcomes (i.e., draining the wetlands) to inflame their members to support their position and donate to their cause, let me share with you one of my favorite lines from their 2003 write up of the endangered Big Sunflower River: “The massive suction of the Pumps would be felt in every creek and stream within a 1,450 square mile area with catastrophic results.” That statement is so absurd and melodramatic that it is hard to believe that anyone would take them seriously! I’m guessing they don’t want their readers to know that the natural drainage of the backwater through the Steele Bayou Drainage Structure creates three times the volume and flow as the Yazoo Pumps will create, without “catastrophic results.”

As you are reading this you are probably wondering, as am I, why American Rivers and the other environmental groups supporting them (Audubon Mississippi, Gulf Restoration Network and the Mississippi Sierra Club) are so against the Yazoo Pump Project? I can’t answer for them, but I will point out that they use these protests to raise donations. Apparently, their members don’t ask questions or do their own research and blindly trust everything they publish. If you look at American Rivers, for example, on their latest published IRS 990 form (2018), their revenue is listed at just over $23 million, while their expenses are listed at over $26 million. I don’t know about your budget, but if mine was $3 million in the red, I, too, would be doing everything I could to solicit donations. That’s when they use their protest of projects like the Yazoo Pumps to fuel their coffers.

This blog ended up longer than I would have liked, so let me end it with this; American Rivers, in their 2020 write-up on the Sunflower River, summarizes the risk as wetlands, birds, fish and wildlife, and local communities. The only risk from this project to the wetlands, birds, fish and wildlife is if it is NOT completed. Furthermore, how dare American Rivers pretend that they are trying to protect or represent the local communities? These are communities that they have never set foot in and certainly didn’t come to see the results of their handiwork during last year’s backwater flood. It is time for them to admit they were wrong to ever oppose this project and go find another way to fund their misguided organization.

Vicksburg loves the news – over 5 million times in April