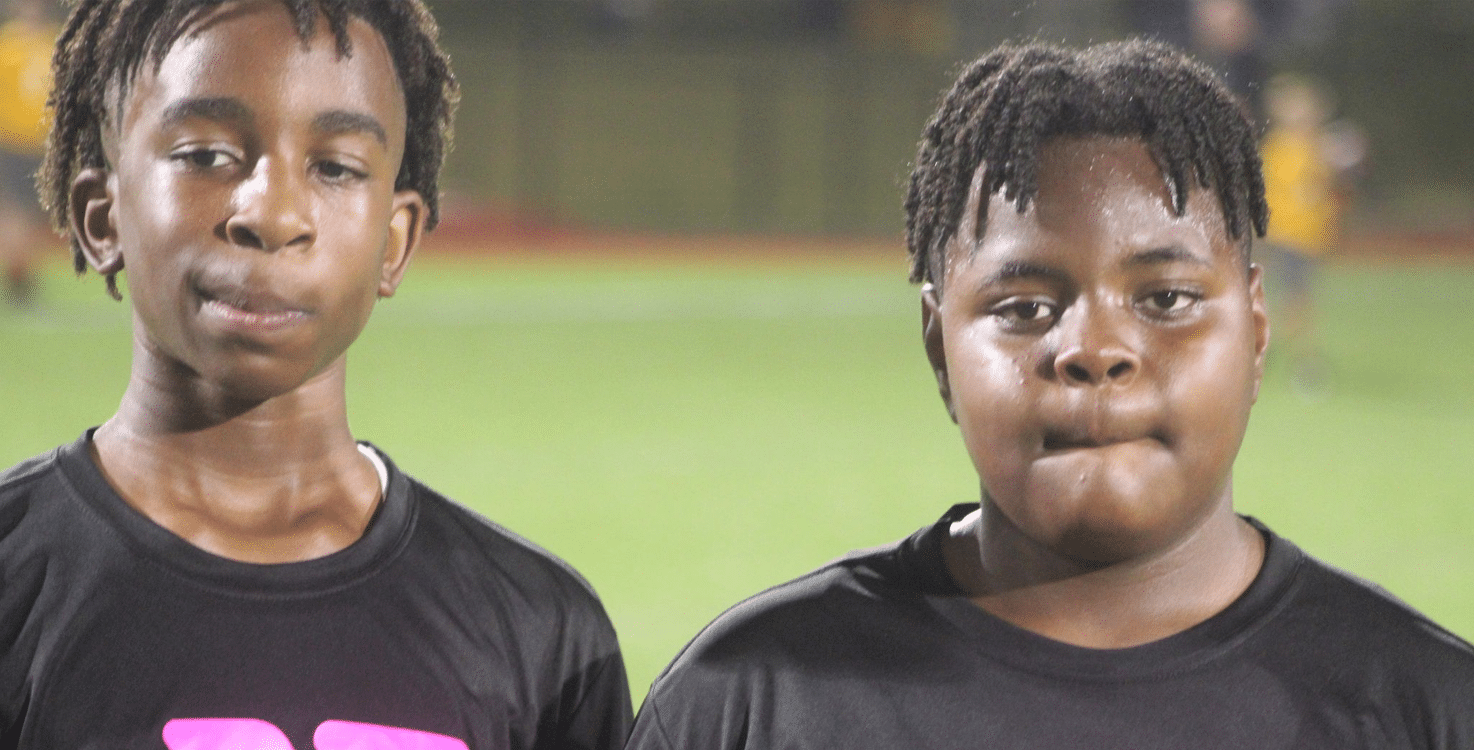 On the left, Corbin Walker and on the right, Deonta Selvy, Jr. (Photo by Keith Phillips)

The Black Bears won their YMCA flag football game on Thursday against the Rockets at Sportsforce.

Deonte Selvy, Jr. took the snaps at quarterback for the Black Bears where he threw four touchdowns in the victory.

Reginald Nash popped things off with a long touchdown on the first play of the game. Noah Lewis caught a touchdown while Corbin Walker had two end zone scores. Landon Davis finished the game with a pick six.

The Black Bears are currently on a six game winning streak under head coach Tank Selvy and they will play again next week.