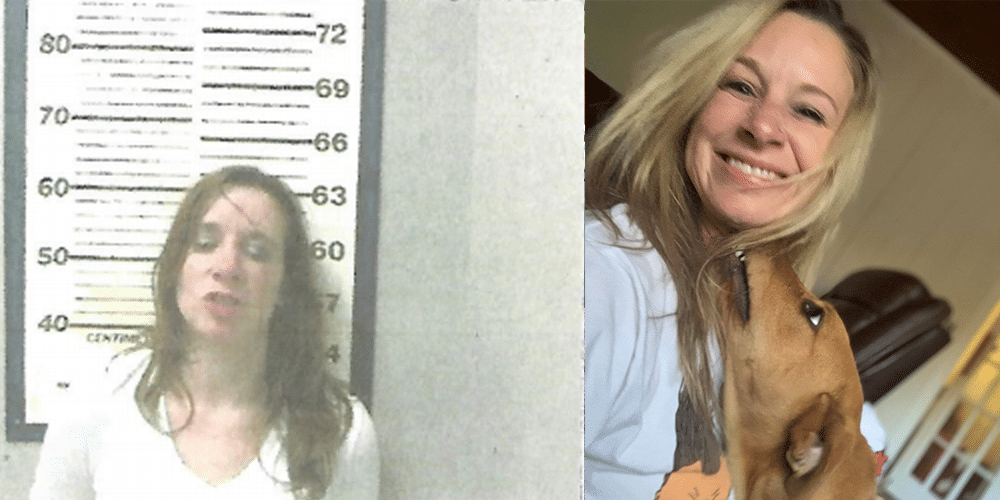 I met Shelley Smith when she was around 12 or 13 years old. I was a part-time front desk clerk at Battlefield Inn working my way through college, and her stepmother, Linda, was my supervisor and eventually my good friend.

Her father was the lead singer in a popular band that toured around Mississippi, so he was frequently on the road. Linda often worked late hours at the hotel, so she asked me to babysit Shelley and her two younger brothers.

I’d heard the rumors about the kids’ mother- the beautiful young teacher that could never quite overcome her addiction to drugs and alcohol. I never met her, however, because she was mostly absent from her children’s lives by the time I met them.

Shelley wasn’t a whole lot younger than me, so babysitting was sort of a strange way to put it. But Linda felt better leaving someone else with them at night. Comfort in numbers, I suppose.

It was a fun way to spend that summer. Shelley had an awesome sense of humor and she was smart. She wrote beautiful poetry, had great taste in clothes, movies and music, and her little brothers were adorable and sweet. They were normal, well-adjusted happy kids.

I couldn’t have known how wrong I was.

It was only towards the end of that summer that I began to see why Linda wasn’t comfortable leaving Shelley to watch the boys alone. Shelley began developing a bit of a wild side, but it was nothing too out of control. She was a typical teenager, happy-go-lucky and free spirited. She got into some minor trouble with boys and cigarettes, but it was nothing too serious.

Or so I thought.

That summer ended, I returned to school full time and I continued working at the hotel on the  weekends. I’d see Shelley around the hotel occasionally, but I could tell something about her had changed.

We continued to grow distant as we each got wrapped up in our own lives. It happens, right? I was focused on getting a degree and finally being out of school. I wish I’d known then what Shelley was focused on.

Or maybe I don’t.

I kept up with Shelley over the years via Facebook and, sadly, newspaper crime reports, and it always made me sad to know she’d wasted all of her potential. I heard she had two children that she lost custody of and it made me angry, because by that time I was married and desperate for a child of my own.

It would be years before I thought about Shelley again. It would take a horrifying headline about a young kid overdosing on heroin and my desperation to keep my own son safe that would cause me to look her up.

The rest of this story is hers to tell. In her own words. Because even with everything Shelley has been through, she never lost her talent for writing.

I didn’t dream of growing up to be a junkie. No kid ever does.

All my hopes, all of my dreams, and all of my plans had been drawn up into a needle and shot or pressed into a pill and swallowed. The only thing I had left to look forward to was oblivion. I had been so empty and so broken and so lost for so long that the light being permanently cut out seemed better than living with the darkness in my heart and in my soul. I was sick. I felt like there was no hope.

But I didn’t start out that way.

As a little girl, I had hopes and dreams.

I had a mom and dad that loved me.

We moved to Vicksburg when I was in first grade, and soon after my mom’s struggle with alcohol and drugs spiraled out of control.

My father tried to stand beside her. She went through treatment several times, but eventually my dad had had enough.

I was an outwardly happy child, but inwardly struggling with feelings of rejection and low self-worth. I took my mom’s addiction personally and blamed myself for being unlovable.

If my own mom wouldn’t stick around to love me, who would?

This was a thought I carried into my teenage years.

So while she was battling her addictions, I created some of my own.

You know the song, “Looking for Love In All the Wrong Places”? That was me.

I started smoking cigarettes at a young age. I dabbled with alcohol and pot between the ages of 12-14. My friends had older cousins who smoked, so we thought it was cool to experiment.

I also experimented with boys and I ended up getting pregnant at fifteen. He was my first. Yes that can happen, girls.

When I had my son I thought  I will be the mother I never had. And for a while, I was. I worked on the weekends and graduated from high school.

But ten days after I graduated I lost my mother to her addiction. I was 17. The last time I had spoken to my mother, we argued. I blamed myself and this time, it was my life that spiraled out of control.

When she died I began to run. I ran from my past and my pain but mostly from myself.

So I ran to what killed her. The irony.

I started small again, alcohol, weed, sex, cigarettes. But I quickly graduated to ecstasy, cocaine, lsd and crystal meth. I didn’t care what it was. I just didn’t want to feel.

I went from being a 17-year-old loving mother who graduated high school to make a better life for her son to a 20-year-old woman who was addicted to drugs and utterly broken.

I was given an opportunity to move to Biloxi with a family friend, so I did. A fresh start. But I made a mistake and took me with me.

I got pregnant again and after I had my daughter, I was introduced to pain pills. I became addicted to them almost instantly.

The men, my children, everything came second to the relief opiates provided from my pain. There were times I tried to get clean, but I couldn’t do it by myself. I continued to use.

I got arrested for DUI’s, domestic violence, shoplifting, etc. and continued to get high. All of the drugs I took to make me feel okay with being alive were killing me from the inside out.

I didn’t have custody or much of a relationship with either of my children, but I still had another child who I immediately had to give up. 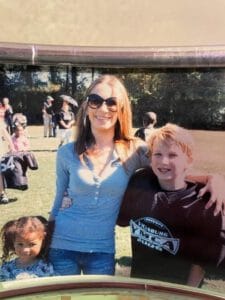 By my early thirties, I was just so tired. I was tired of loss, of emptiness, of toxic relationships, tired of life. And I was really tired of the pain pills that I couldn’t afford and couldn’t shake.

By that point all my children were with other people and my family had washed their hands of me.

While attempting to shake the pain pills I started using IV meth because it was cheaper.

My world became a dark and sadistic place. I lost my mind. Literally. Paranoia took over and everyone became my enemy.

I was dying, and I was okay with that.

But that’s where I was wrong.

I found this verse:

“For I know the plans I have for you,” declares the Lord, “plans to prosper you and not to harm you, plans to give you hope and a future.” Jeremiah 29:11. 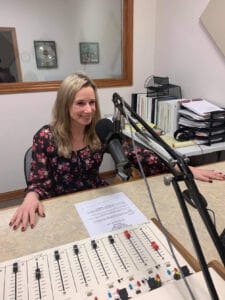 In a last ditch effort, I reached out to my stepmom asking for help. Everyone had long since washed their hands of me, but she must’ve heard my desperation.

She pointed me in the direction of a ministry called Beautiful Deliverance run by Lisa Kapp.

I remember calling and the lady who answered responded with warmth. Not only did they find me a faith-based treatment center, The Mission of Hope, but they gave me a ride from Vicksburg, MS to Mt Vernon, AL. 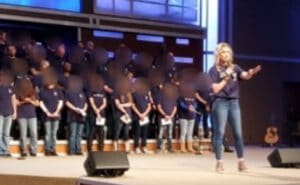 Robinson sharing her testimony at The Mission of Hope

In my old life I could barely get a ride to the grocery store on the rare days I decided to eat.

I was stunned. When I met Lisa the morning before I left, I admired the jacket she was wearing. She literally gave me the jacket off her back.

So I went to treatment. I went in the program thinking that this was my last ditch effort to find myself and I found God instead.

Not that He had ever really left me.

”Therefore, if anyone is in Christ, he is a new creation; old things have passed away; behold, all things have become new.”

A few days after I entered the program, I surrendered my life to Christ and began my journey in recovery. It has been the hardest, most wonderful, blessed, and uncomfortable period of growth I’ve ever experienced. So many blessings. I graduated from the program and chose to stay with the ministry.

I didn’t go back to the same destructive relationships or the same places I used. I started a new life. In the course of five and a half years I have paid off all my fines, and God has completely restored relationships with two out of three of my children.

I have the privilege of being a leader in Celebrate Recovery and have had the opportunity to speak at different rehabs and churches.

I’ve remarried and have been active in jail ministry, recovery ministry and basically anywhere God can use me. 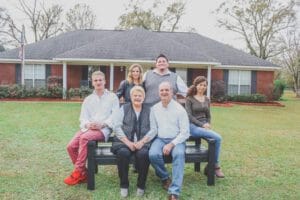 God has turned my mess into a message AND He wants to do the same for anyone in a similar situation reading this. If there is anyone out there who is struggling with addiction and thinks they are too far gone to help, I can assure you- you are not.

Reach out. Beautiful Deliverance can get you in touch with a program.

It’s important for you to understand, you are not what you have done.

Since I have been in recovery I have seen whole families’ lives changed. I have watched my own child struggle with addiction, and I am thankful to say he has come out of it.

My advice to parents out there who have teenagers in this world is watch for the signs: weight loss, inability to sleep, excessive chewing or mouth movement, over sleepy, dilated pupils, hallucinations, change of friends, sudden need for privacy.

Don’t enable them and reach out for help yourself.

If you take anything from this story, take this. I’m 5 and a half years clean from a 16-year addiction to drugs and alcohol. I shouldn’t have made it. But I did. And you can too.

“But Jesus looked at them and said to them, ‘With men this is impossible, but with God all things are possible.’”