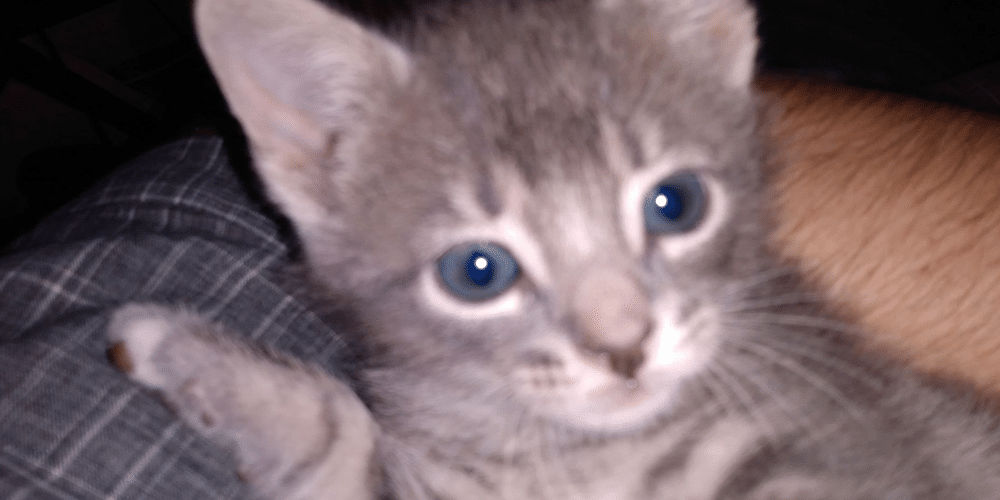 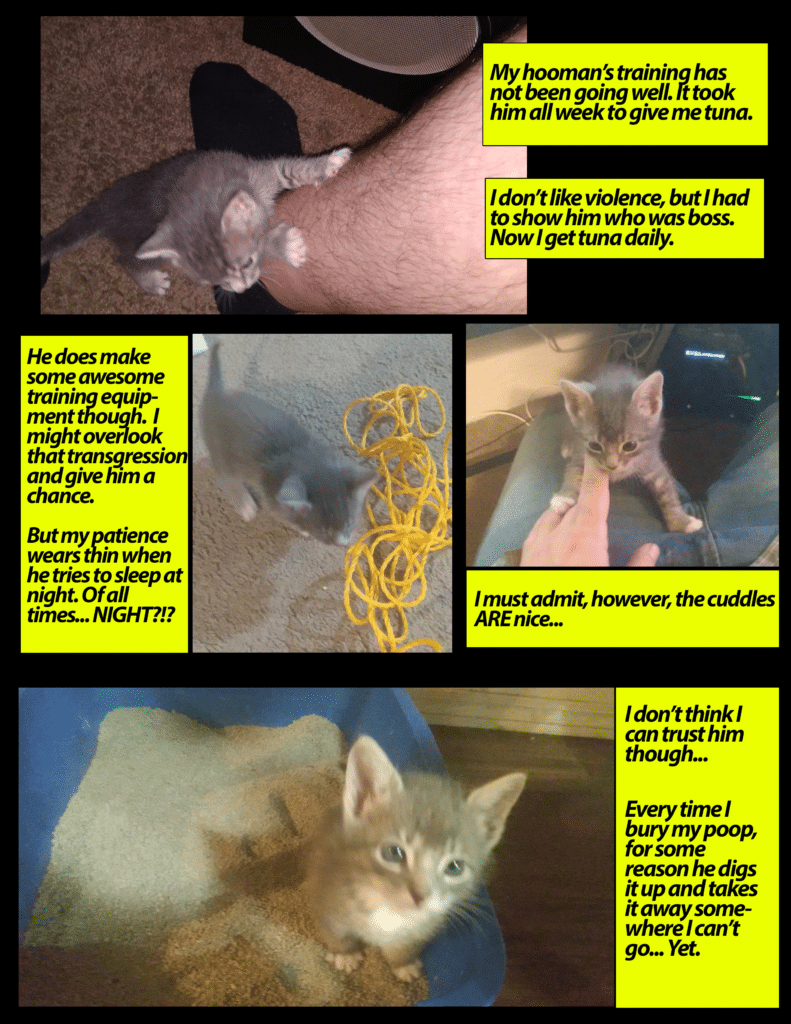 Make sure not to miss Issue #0: Origin

Hooman: Gotham is proving to be a handful this week.  He constantly wants to play and has scratched my legs so much, I feel I could open my own blood bank.

I was able to get him on to solid food and off the formula. That was a life saver for me, as he kept attacking the bottle like he was the U.S. and it had oil. It made it nearly impossible to feed him by hand.

He’s also gotten to the point where I now have to close him out of my room at night, as he wants to constantly play. If I don’t oblige, he has taken it upon himself to scratch and bite my nose until I wake.

He’s a good kitten though, he just likes attention. Although, he gives me strange looks when I clean out his litter box, like I’m robbing him…