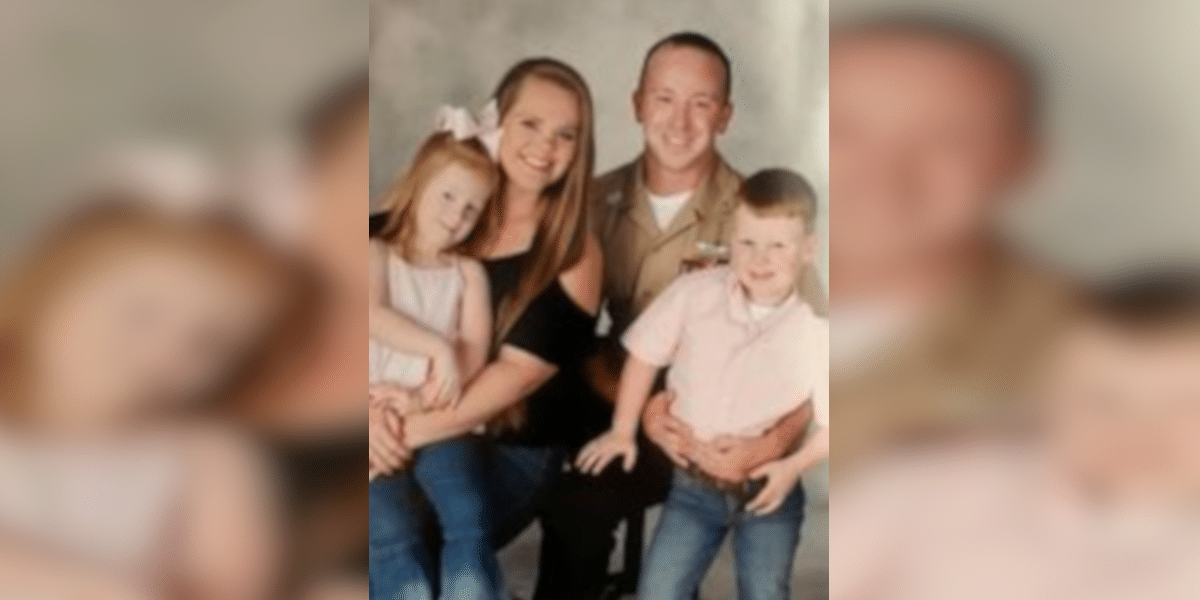 Ayda, Adriean, Jeremy and Eastman Ables (courtesy of A. Ables)

April has been nationally recognized as “Autism Awareness Month” since 2011. This year, the Autism Society of America, along with leading disability organizations across the country, is announcing that it is formally shifting it to “Autism Acceptance Month” and is calling on the media to reflect this to match the growing need for acceptance of those individuals on the autism spectrum.

High school sweethearts, Adriean Emfinger and Jeremy Ables, knew from the time they were 15-years-old that they had the same dreams and goals for their future- the American dream.

Jeremy knew he wanted to marry Adriean, join the military, start a family, and travel the world. And Adriean was thrilled at the idea of doing it all with him.

For the first few years, their plans were right on track. Jeremy enlisted in the United States Navy, Adriean entered cosmetology school and the young couple was blessed with a beautiful blonde-haired, blue-eyed little boy named Eastman.

Jeremy was deployed shortly after Eastman’s arrival, but he was absolutely amazed when he returned seven months later.

Jeremy said, “I was just taken aback by how much he had changed and learned while I was gone. He was even walking at 11-months.”

For the first year and a half, everything was perfect for the little family. Young Eastman was walking, eating everything in sight, loved to dance to all kinds of music, and was a typical friendly, happy baby. Just before Eastman’s second birthday, the Ables were blessed with a daughter, Aydabelle. The family really was living the dream.

Jeremy was soon up for orders with the Navy, and the family had always planned to travel the world together. They were selected to serve in Rota, Spain.

Before the Navy allows families to move overseas, they are required to go through extensive testing to make sure the family is able to have all of the resources they’ll need where they are assigned.

Around this time, a family friend noticed that two-year-old Eastman didn’t make eye contact when spoken to and didn’t have much of a vocabulary. She also noted how the toddler had certain “quirks” such as always lining up his trucks in a specific way. The friend broached the subject of autism with the Ables.

Jeremy said, “As his father, all I really remember is the rage I felt at the idea that my son wasn’t the perfect little boy we knew he was. Then I just had questions. What is autism? What does it mean for my son? How will it affect his life?”

It wasn’t long before the Ables decided that maybe they should have him checked out, and they were devastated when he received the diagnosis of Non-Verbal Autism. 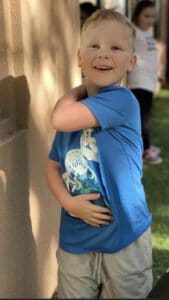 Eastman
(courtesy of A. Ables)

Due to the therapies that Eastman would require, their orders for overseas were canceled. Eastman was enrolled in approximately 40 hours of therapies a week including Occupational, Speech and Behavioral. Non-Verbal Autism means that he is unable to carry on conversations and is extremely limited in his vocabulary.

According to Adriean, “As parents to a 2-year-old autistic son and a newborn daughter, our world was flipped upside down. As young parents, we felt like we were just standing on shifting sand.” Adriean was unable to continue working because of the amount of therapy her son required.

She said, “Life is far from easy and things haven’t gone according to our original plans, but we both know how blessed we are to have our children and we wouldn’t trade either of them for anything in the world.”

Ables said she and her husband love taking pictures and sharing her children’s lives with family and friends back home in Vicksburg, but she says things aren’t always as happy and as perfect as they may seem. She said that often what should be the easiest of things turns into something difficult for their family.

“Eastman struggles with certain sensory issues. He’ll squeal, sometimes pinch, and will act out a movie or a video he’s seen that will cause an overload for him and make it impossible for him to control his movements,” his mother said. 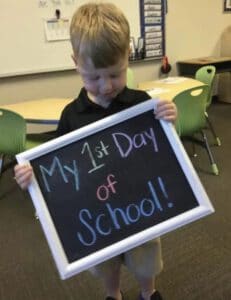 Eastman Ables
(Courtesy of A. Ables)

Adriean said that she and Jeremy were both raised in the church, but that, too, has become a huge hurdle for their family. “When Eastman was four and moving up to kindergarten, the choir had had a program where the kids recited the books of the Bible. It was so painful to watch the children saying their parts while my little boy just squealed and reached for the balloons,” she recalled.

She added, “It didn’t help that the other parents all looked at us like our son was just disruption and taking the attention away from their children. It’s the same with going to a grocery store or a restaurant. People just stare because they don’t understand. There just isn’t enough awareness.”

The Ables say they are blessed to have an incredible support system in some of their family and friends. They depend on the people that know and understand their son. “To know him is to love him,” Adriean said. “He is so typical in a lot of ways. He loves to be tickled and he can tell you any type of dinosaur by just a simple picture or figure.”

As for the future, the Ables were once so sure of, they no longer know what is in store. “What we can guarantee is that he will always have the help and support he needs from a loving family who wouldn’t change him for anything.”

This is especially true of his sister, Ayda, whom Jeremy and Adriean say is her brother’s “biggest fan”. Adriean said, “She gets him. We are so blessed with her that she just sees people as people. She’s not worried about differences and is just open to loving everybody.”

Adriean also has advice for others dealing with children on the autism spectrum. “There are good days and there are bad days. There’s a lot of trial and error. Find people that you can celebrate the good and the bad with.  Don’t compare your child to any other child. Your child is unique. Don’t be afraid to go out into the world. I know first hand the looks or how hard it is to go anywhere but let them experience everything. Save your energy and don’t sweat the same things.”