Thanksgiving celebrations have taken a tragic turn in Vicksburg and Warren County.

Just before 8 p.m. Thursday, Vicksburg police responded to a report of shots fired in the 1200 block of Harrison Street.

Responders arrived to discover a male in a vehicle suffering from multiple gunshot wounds. Despite the efforts of responding medics, the victim succumbed to his injuries shortly after arriving at the emergency room. 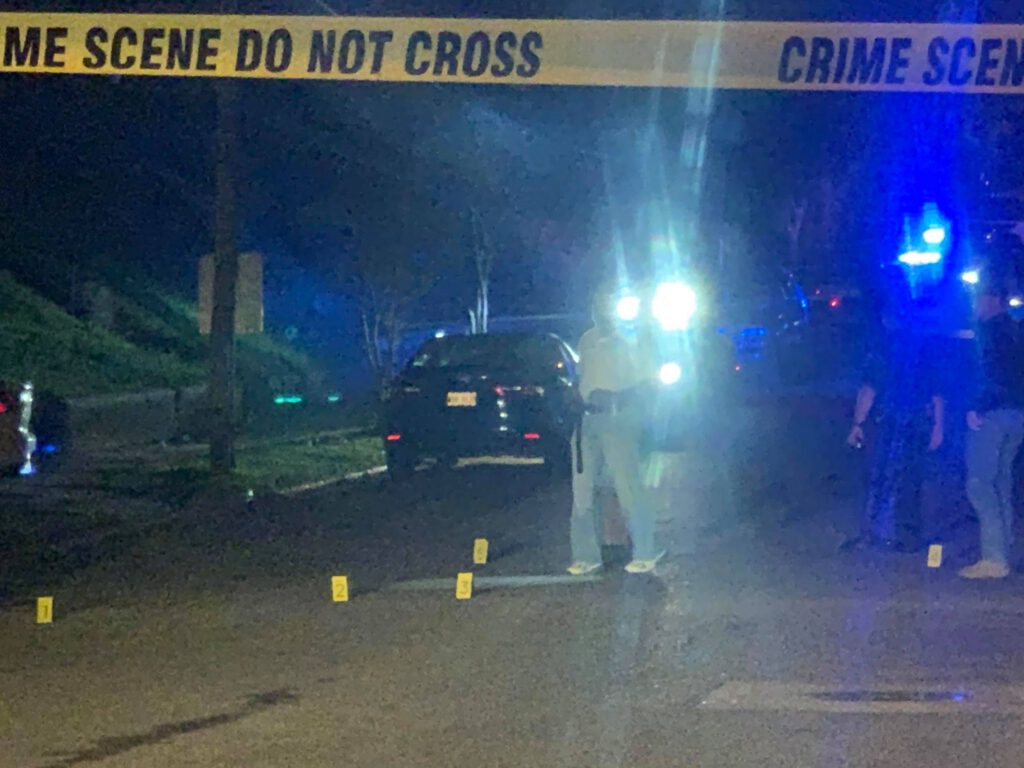 Witnesses report that over 50 shots were fired and police have found shell casings littering the ground. (photo by Thomas Parker)

Initial reports indicate that two other individuals were shot in the incident, with one suffering a gunshot wound to the back and being transported to the University of Mississippi Medical Center in Jackson. His condition and the condition of the third victim is unknown at this time.

Around 8:30 p.m., Warren County sheriff’s deputies were dispatched to Ironwood Drive, where a victim was transported to the hospital with a gunshot wound to the arm.

Officials are working to determine if the two incidents are related. Suspects remain at large.

We will update with more information as it becomes available.