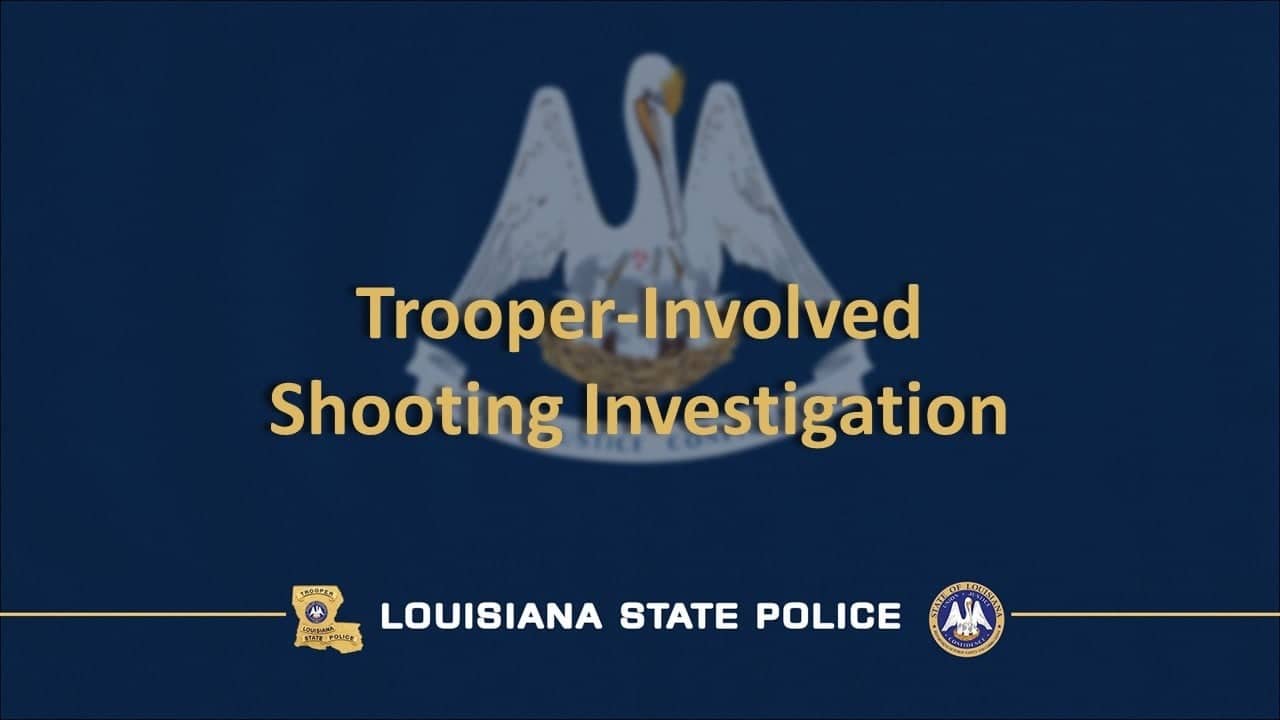 Preliminary investigation revealed at approximately 8 p.m., Troop C was notified by the Terrebonne Parish Sheriff’s Office of a shooting incident that occurred in the 1800 block of Bull Run Road in Schriever. The suspect, identified as 38-year-old Patrick Waddle of Schriever, left the scene in a vehicle after the shooting. As responding Troopers traveled north on Bull Run Road, they witnessed the vehicle Waddle was driving approach them. The Troopers attempted to stop the vehicle, but it continued to travel south. As Waddle passed the Troopers, he fired multiple shots before turning onto a private driveway and into a wooded area. During the course of the interaction, a Trooper discharged his service weapon. Waddle was uninjured and continued to flee into the wooded area.

The injured Trooper was transported to a nearby hospital, treated for minor injuries to his head, and released a short time later. No other law enforcement personnel were injured in the incident.
Louisiana State Police is investigating the Trooper-involved shooting. The Louisiana State Police Crime Lab also assisted with the scene. The Terrebonne Parish Sheriff’s Office is investigating the initial shooting involving Waddle.