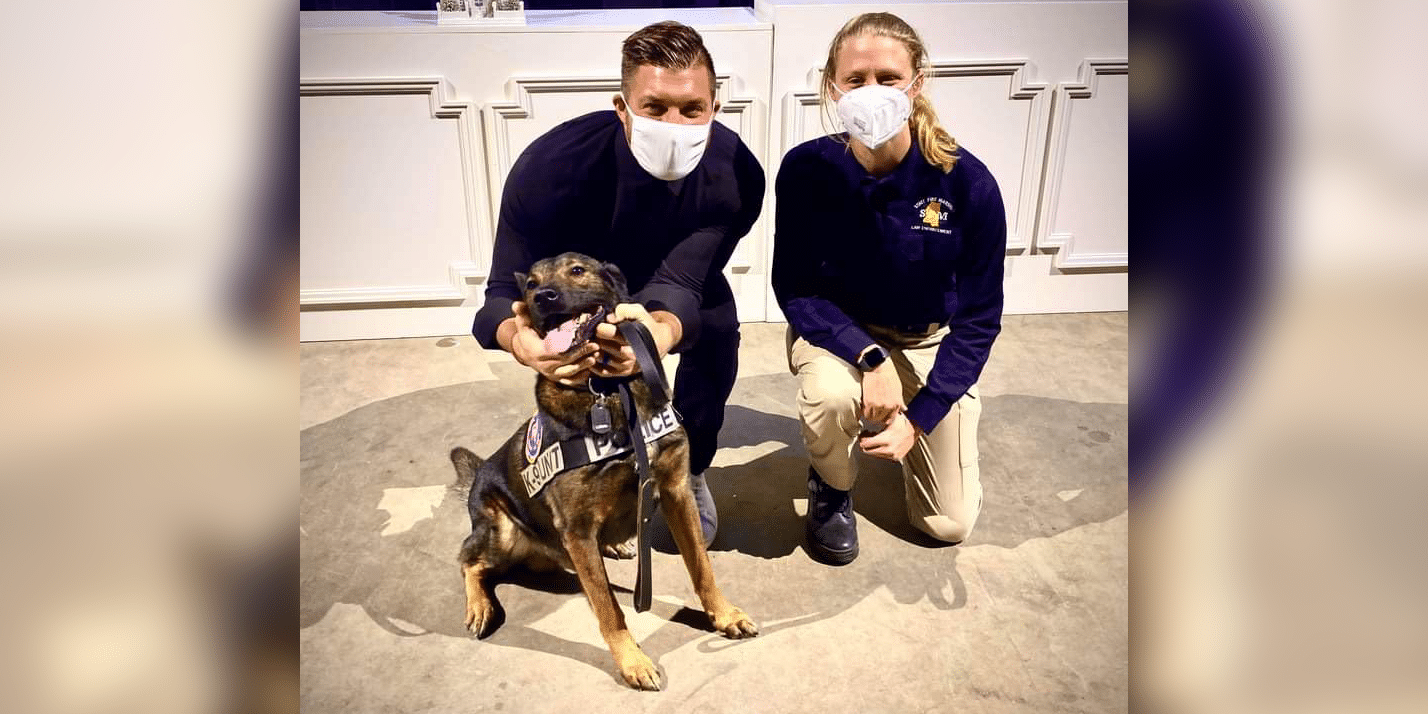 Deputy State Fire Marshal Kayla Riggs was doing a check of the Mississippi Trade Mart in Jackson Thursday morning when she realized her K-9 partner had a not-so-secret, well-known admirer. Riggs said she almost didn’t recognize Tim Tebow behind his mask. Tebow was at the Trade Mart as a lunch speaker at Mistletoe Marketplace.

Her K-9 partner, Ringo, is an 8-year-old Belgian Malinois trained in explosives detection. The duo is frequently deployed to large gatherings at facilities where they scan the grounds for possible threats. Riggs said Ringo and Tebow quickly made friends and exchanged some admiration and love for each other. 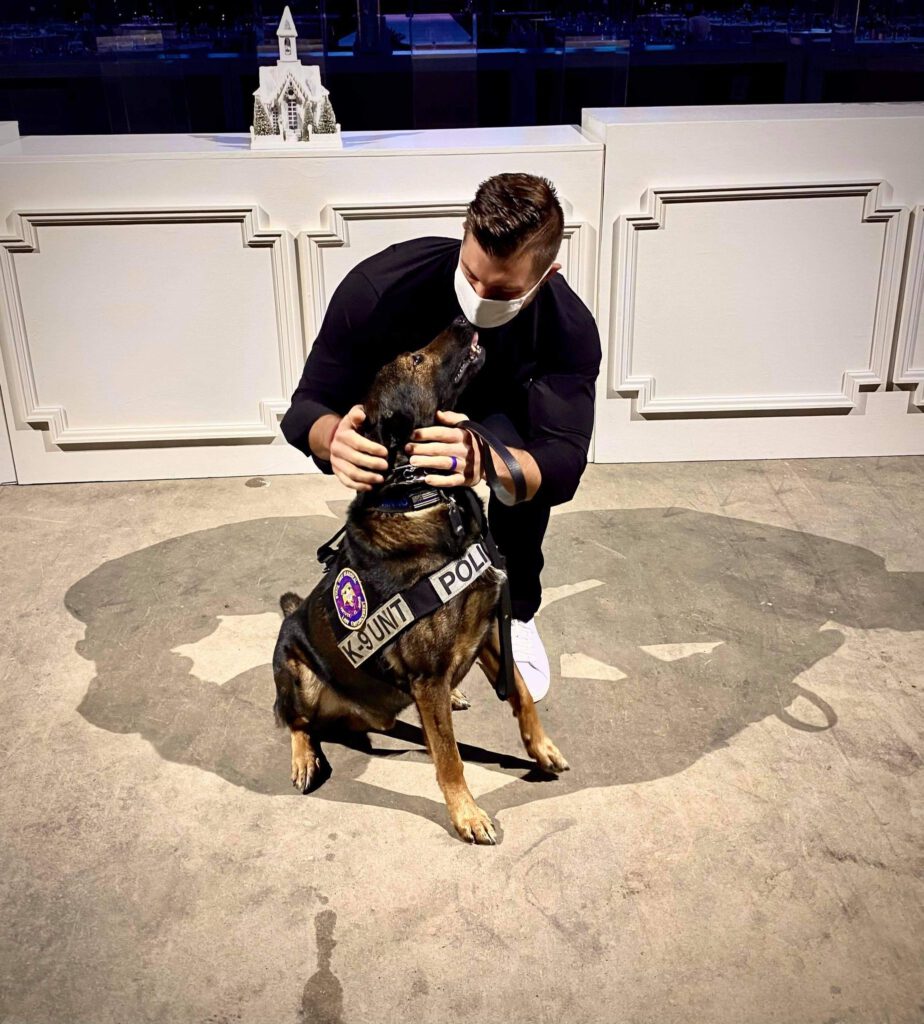 Riggs, Ringo and Chief Fire Marshall Ricky Davis say that now is the time of year to be most fire conscious.

“No one should ever lay down and go to sleep under a roof without a working smoke detector. They save lives,” Davis said. “The winter months are the most critical times for fires. The change in temperatures causes people to start up heating devices and build fires without taking the proper precautions.”

“Plug heaters directly into the wall socket, never into extension cords or surge protectors that can overheat and start fires,” he added.

Riggs and Davis stressed the importance of having a fire safety plan and “turning your attention to fire prevention.”

They said that drinking and cooking often leads to kitchen fires throughout the holiday season, prompting the “stand by your pan” theme the marshal’s office is trying to get across to Mississippians. It only takes seconds for a grease or kitchen fire to get out of control.

Both Davis and Riggs encourage people to visit the State Fire Marshal website and follow them on Facebook. The sites are updated continuously with pertinent information.

“By following these tips,” Davis said, “Mississippians can have a warm, worry free winter.”