Smith was arrested Tuesday after officers discovered nearly six pounds of Marijuana valued at around $38,000 at a residence in the 2500 block of Ken Karyl Avenue. 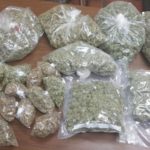 Carpenter set his bond at $50,000, and Smith was bound over to the Warren County Grand Jury on one count of possession of marijuana with intent to distribute. 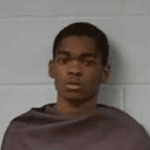 Richards also appeared today before Judge Carpenter, who set his bond $15,000 per charge. Richards was bound over to the Warren County Grand Jury.