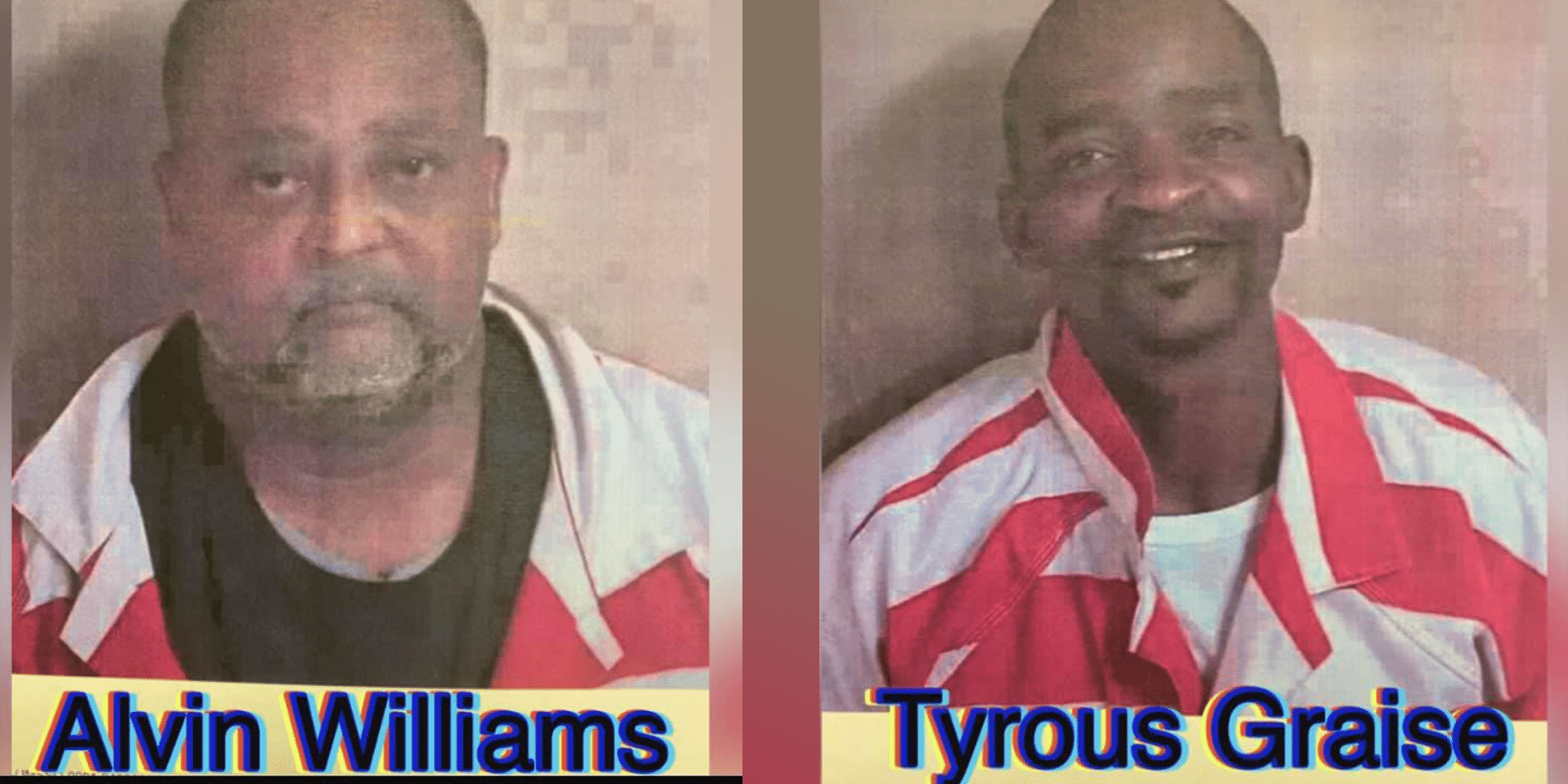 On Monday around 9:30 a.m., Chief Deputy Sykes and Sheriff Goods responded to a call at the Claiborne County Road Department in reference to a burglary.

Surveillance camera footage was reviewed by Sykes and Goods and was able to determine the thief was able to gain entry by cutting a fence bordering the property.

After a thorough investigation of the area and footage caught on surveillance, Sykes and Goods identified the subjects as Tyrous Graise and Alvin Williams.

Both suspects were booked into the Claiborne County Jail within hours of the report, where Tyrouse Graise was charged with burglary of a commercial building and Alvin Williams was charged with accessory after the fact.

Both parties had an arraignment on April 29, where Graise was denied bond and Williams received a bond set at $10 thousand.

The stolen items have been recovered and returned.