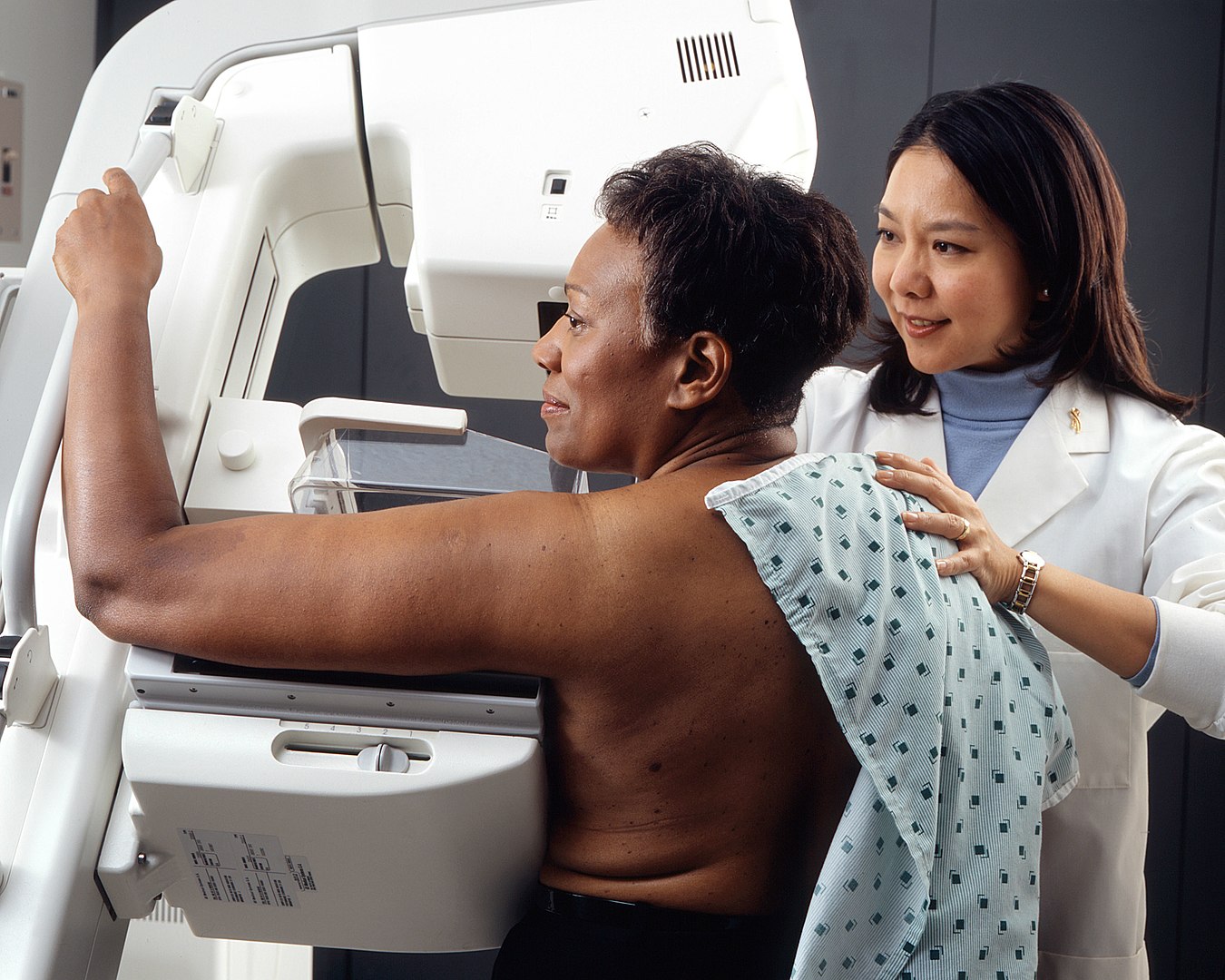 A woman receives a mammogram.

A study of nearly 47,000 women has linked the use of hair dyes and straighteners to an increased risk of breast cancer, especially among African American women.

Scientists at the National Institutes of Health found that women who use permanent hair dye and chemical hair straighteners have a higher risk of developing breast cancer than women who don’t use these products. The study, published online Dec. 4 in the International Journal of Cancer, suggests that breast cancer risk increased with more frequent use of these chemical hair products.

Using data from 46,709 women in the Sister Study, researchers at the National Institute of Environmental Health Sciences, part of NIH, found that women who regularly used permanent hair dye in the year prior to enrolling in the study were 9 percent more likely than women who didn’t use hair dye to develop breast cancer.

“Researchers have been studying the possible link between hair dye and cancer for a long time, but results have been inconsistent,” said Dr. Alexandra White, head of the NIEHS Environment and Cancer Epidemiology Group, in a statement. “In our study, we see a higher breast cancer risk associated with hair dye use, and the effect is stronger in African American women, particularly those who are frequent users. “

Co-author Dr. Dale Sandler, chief of the NIEHS Epidemiology Branch, cautioned that although there is some prior evidence to support the association with chemical straighteners, these results need to be replicated in other studies.

“We are exposed to many things that could potentially contribute to breast cancer, and it is unlikely that any single factor explains a woman’s risk,” Sandler said when asked if women should stop dyeing or straightening their hair. “While it is too early to make a firm recommendation, avoiding these chemicals might be one more thing women can do to reduce their risk of breast cancer.”