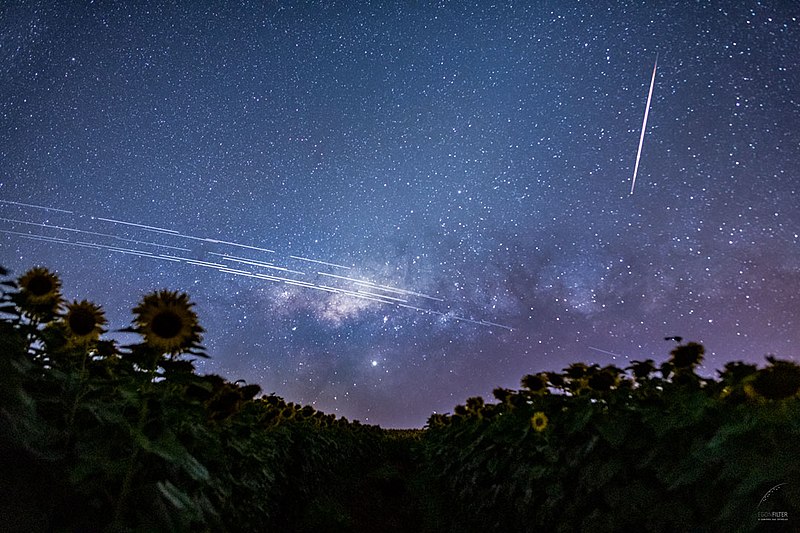 A curious string of lights in the northwestern sky piqued the interest of stargazers Thursday evening, with many speculating that military aircraft or even UFOs were moving through the area. Actually, the strange lights are just a few of the ever-expanding array of Starlink satellites now in orbit designed to provide Internet access to the entire world.

Starlink is a satellite constellation being constructed by SpaceX providing satellite Internet access. The constellation will grow to a network of thousands of small low-orbit satellites capable of delivering internet service anywhere on the planet. SpaceX has also said that some of the satellites will be sold for military and scientific purposes as well.

On Tuesday, May 4 at 3:01 p.m. EDT, SpaceX launched 60 Starlink satellites from Kennedy Space Center in Florida. Nearly 1,500 Starlink satellites are currently in orbit, making it the world’s largest satellite constellation, with another launch scheduled for no earlier than May 9. At the launch ceremony Tuesday, SpaceX announced that over half a million orders have been received so far for the satellite internet service it is developing.

To really get a grasp on the scope of the project, take a look at the Starlink tracker, which can also tell you when the satellites will be visible in our area.