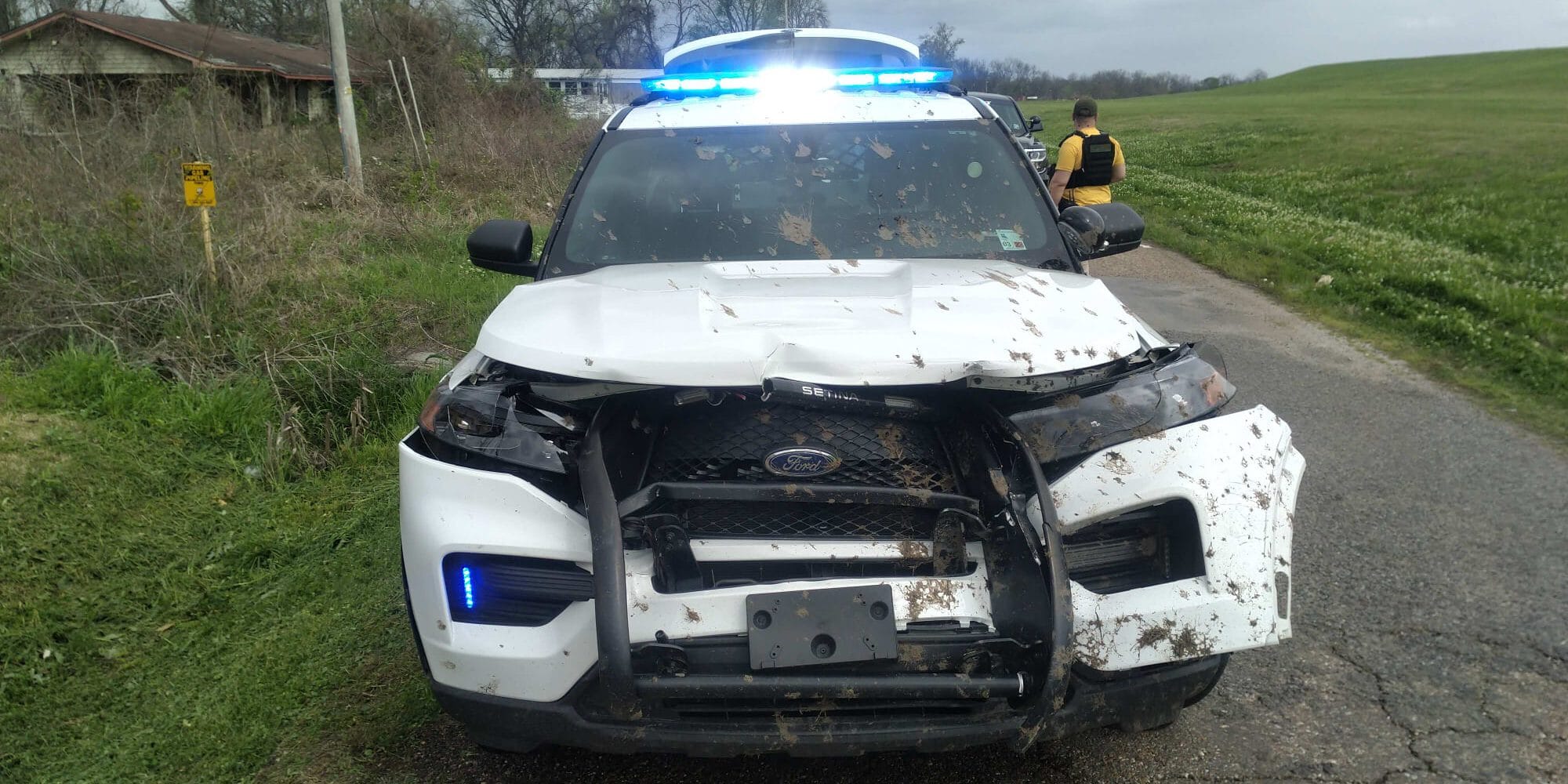 The Oak Grove police unit was disabled in a chase when a stolen truck suddenly hit the brakes during a high-speed pursuit. (Photo credit: Oak Grove Police Department)

Officer John Jimenez was waiting for the chase to make its way to him. When the stolen vehicle made its approach, it side-swiped the Oak Grove unit. West Carroll Sheriff and Oak Grove units continued the chase through town at speeds of over 100 MPH.

As the chase made its way to East Carroll Parish and into the town of Lake Providence, more units joined in the pursuit.

The driver of the stolen vehicle suddenly slammed on the brakes, causing an Oak Grove police unit to crash into the truck, rendering the police unit disabled.

Other units continued the chase into Lake Providence until the truck stopped and the driver and passengers fled on foot.

The driver was identified as Maintrell D. Rogers. Rogers will face several charges, including:

A new meaning to “Serve and Protect”