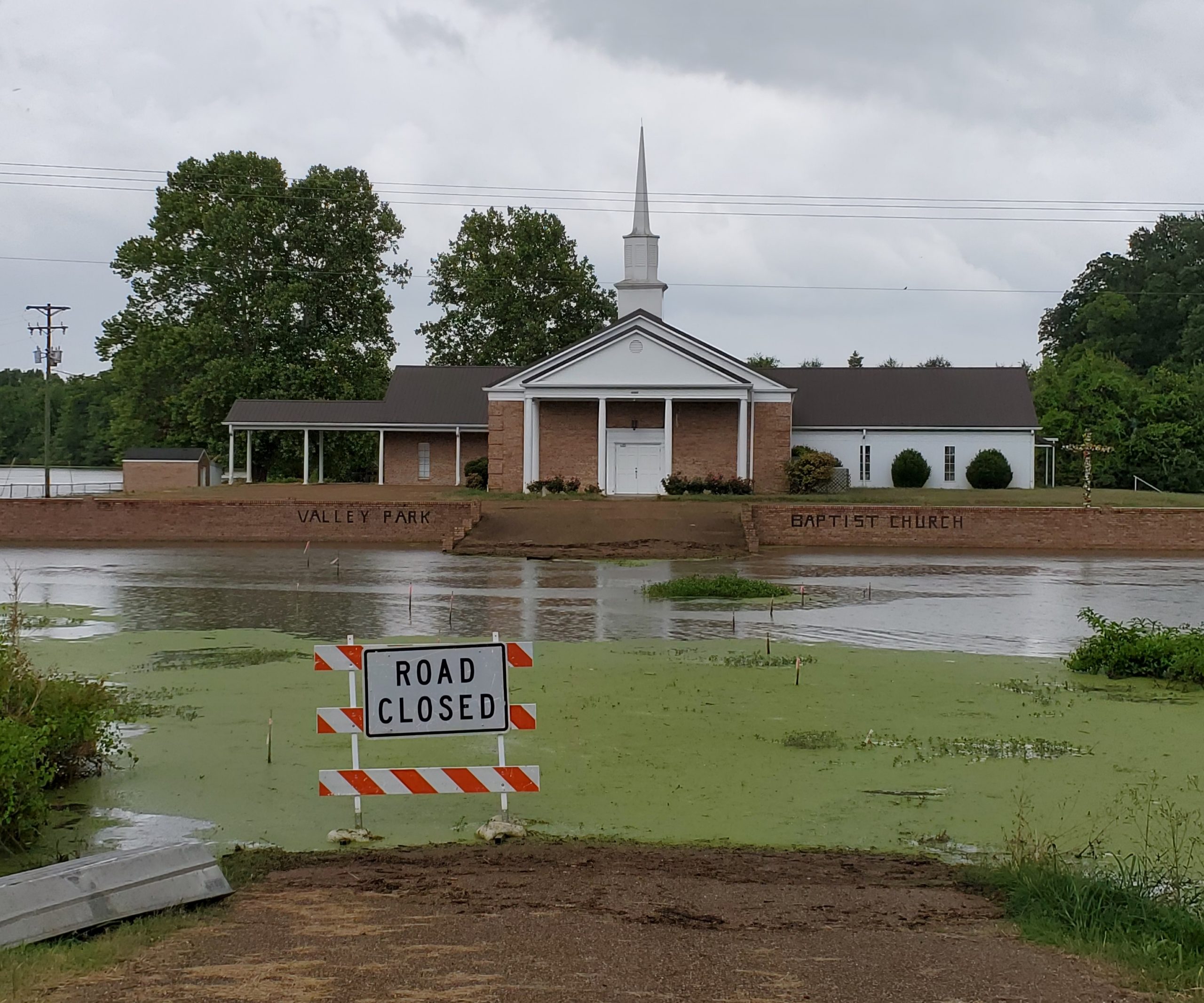 The Great Backwater Flood of 2019 takes a baby step toward its final phase today as the Steele Bayou Control Structure gates are set to reopen.

Water levels in the 4,093-acre Yazoo Backwater Area were nearly equal to the river levels Wednesday night. Levels on the land side stood at 97.67 feet. That mark is 7.8 feet higher than the highest level during the 2011 Mississippi River Flood. On the river side, the level was 97.68 feet. The land side mark is down a tad the past few days, from 98.2 feet, according to an update Wednesday evening from the Mississippi Levee Board.

Today’s expected opening of the gates is in keeping with the U.S. Army Corps of Engineers standard procedure of reopening them only then the water levels equalize. The structure’s chief side effect – filling Eagle Lake past what would be considered “bank full” stage – has been at the heart of the lake community’s struggles during the 2019 flood.

The gate structure was completed in 1969 with the goal of keeping water from creeks and smaller rivers from flowing into the Mississippi and Yazoo rivers during high stages. Water has been held inside the Yazoo Backwater Area until, as today’s stages indicate, levels inside the huge basin equalize as a result of a lower stage on the main stem of the Mississippi.

The levee board says the 500 or so residents of Eagle Lake may access their property in slightly expanded ways starting today, albeit taking quite a journey. To get to Eagle Lake, they may use light vehicles via U.S. 61 North to Onward, then take Miss. Hwy 1 to Onward over to Fitler, then take the Mainline Mississippi River Levee south.

“This is a narrow gravel road,” says the Levee Board’s update statement, distributed by chief engineer Peter Nimrod to local media outlets and key players in the public and private sector up and down the Mississippi Delta. “Please be careful! Only light traffic will be allowed – no trucks!”

The Mississippi River stage at Vicksburg stood at 49.6 feet Wednesday night, down two-tenths of a foot from Monday. The river crested at 50.4 feet a week ago, its second high-water mark above 50 feet this year. Stages at the Vicksburg gauge at City Front went above its 43-foot flood stage Feb. 17 and isn’t forecast to dip below it for another 28 days. As of Wednesday, that made it 123 days above flood stage, a record and counting. By contrast, the river during the historic 2011 flood crested at Vicksburg at a record 57.1 feet, but stayed above flood stage for just 47 days.

High water has lingered for record amounts of time at Greenville, at 122 days, and at Natchez, for 166 days, as of Wednesday. Both records will continue to grow, as levels recorded below flood stage have reached only as far south as Helena, Ark., where the river was 41.7 feet Wednesday, or about 2 ½ feet below its flood stage there.

Following the 2011 flood on the Mississippi, the Corps began repairing scour holes and identifying weak spots along the mainline and backwater levee systems. The work, which carried on for more than a year after that historic flood event, involved building sand berms, relief wells or both at spots left weakened by lingering flood waters.

Discussions during the current flood have centered more on completing a version of the Yazoo Backwater Pumps that will satisfy all federal agencies. Theoretically, the pumps will move water trapped behind the gates and back into both the river and its lower tributaries. First authorized in 1941, the pumps have gone through a series of revisions and vetoes, the last of which came in 2008 at the behest of the Environmental Protection Agency over concern for wetland preservation.

The Levee Board’s update Wednesday, a brief mention was given to inspections of the mainline levee system.

“The Corps of Engineers continues to inspect the levee,” it said. “No issues have been found. We do not anticipate any major issues on the levee.”