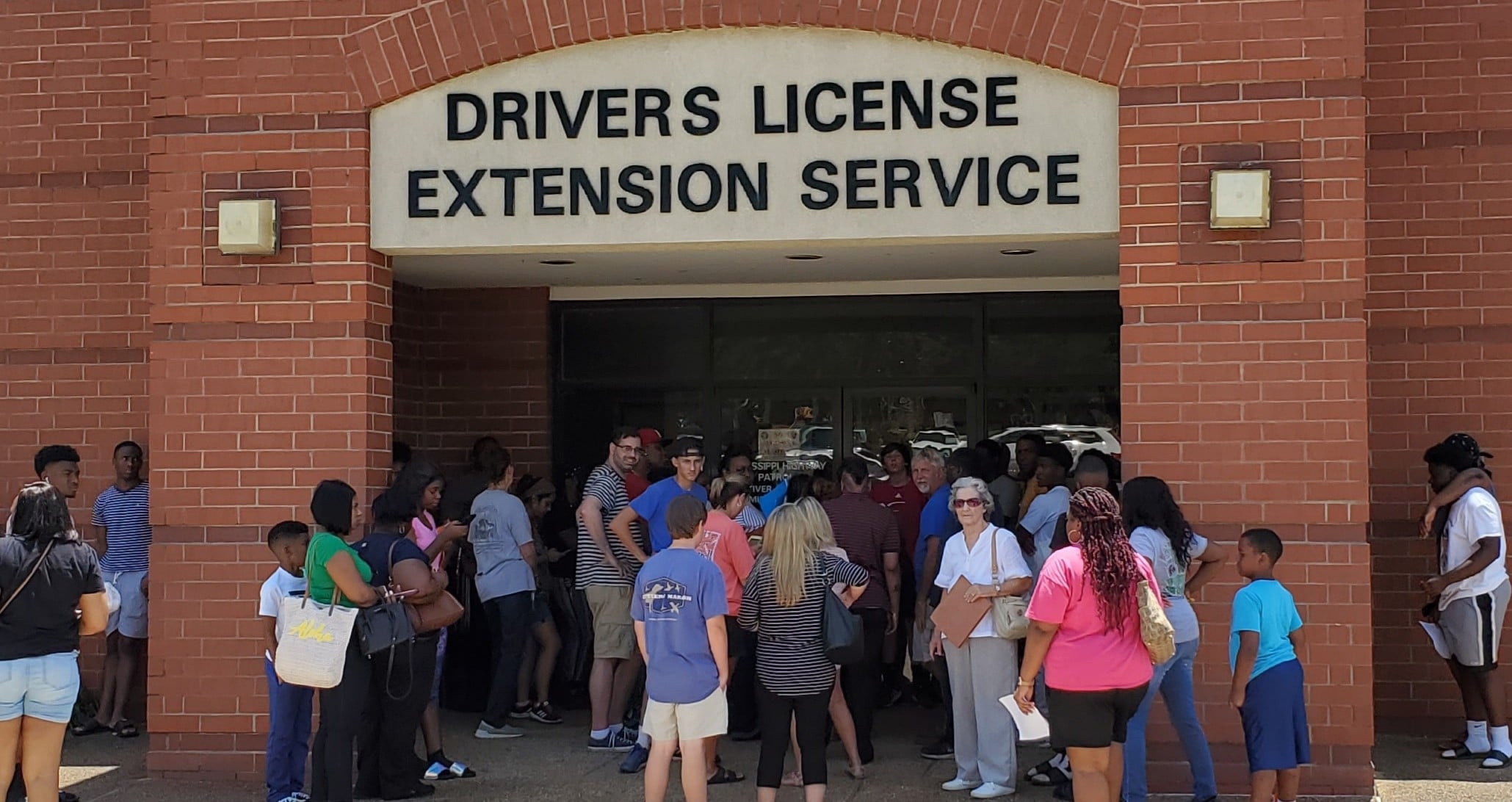 Last year the state of Mississippi Legislature made the decision to cut funding for state drivers license offices all over the state. Now that several of them are actually closed, many affected people are traveling to Vicksburg for their services. The result is extremely long lines and a very angry electorate.

The budget cuts were due to revenue shortfalls after the state cut $150 million a year in revenue from the budget and gave that money to corporations in the form of corporate tax breaks. That money has yet to come back to state revenue coffers as jobs or increased tax revenue. As a result, the state has cut services in everything from child protective services to cutting grass on the highways and now the state drivers license branches. 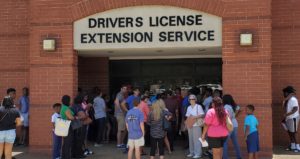 People are livid. Said one at 1:30 in the afternoon, “I’ve been here since 9 a.m. and was the next in line before they went to lunch. Now I have to wait again.”

The crowd was understanding and cordial to Rhonda Hall Howard as she returned from her lunch break. They understood she was doing all she can. “Our Vicksburg people can’t even get in most days,” Howard said.

Here is a video of the scene and a conversation with one of the people who had been waiting:

The budget cuts were very popular with corporations and were overseen by Lt. Gov. Tate Reeves and Speaker of the Mississippi House Phillip Gunn, both Republicans.

Vicksburg Daily News staff has seen numerous complaints from all over the state in recent weeks on social media.

Backwater flood victim Victoria Darden is back in at MWF event

‘It was just kind of normal.’ A Vicksburg family struggles with opioid addiction