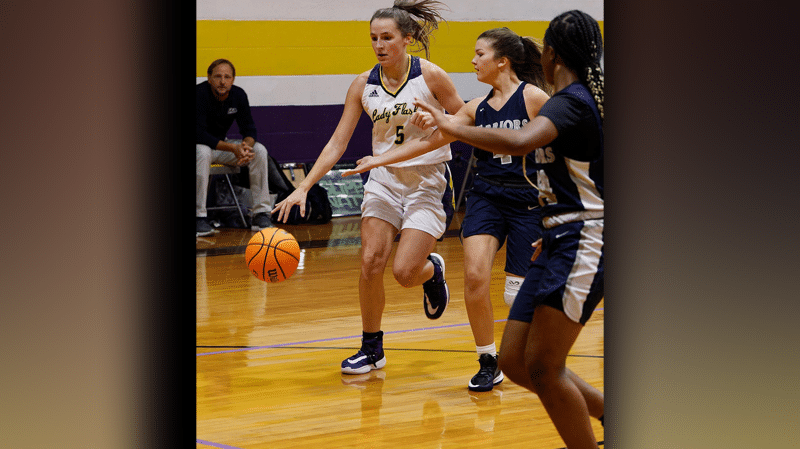 St. Aloysius girls basketball team got a big win on Thursday over Discovery Christian in a 51-26 battle.

“We’ve been working really hard on putting pressure on other teams and it’s paying off greatly,” head coach Savannah Buck said. “We’re gonna keep working during the break to be prepared for our next match after the holiday.”

Falyn Lusby nearly outscored the entire opposing team by finishing with 22 points. Maddy McSherry also ended the night as one of the lead scorers by adding 10 on the board. McKenzie Cole worked her way up the court and got six points, teammates Emily Cook and Marissa Jabour put up three points and Christian Harris got four. Taryn Lusby and Skylar Connely both also added two points on the night.

The Lady Flashes will play again after Thanksgiving against Park Place.