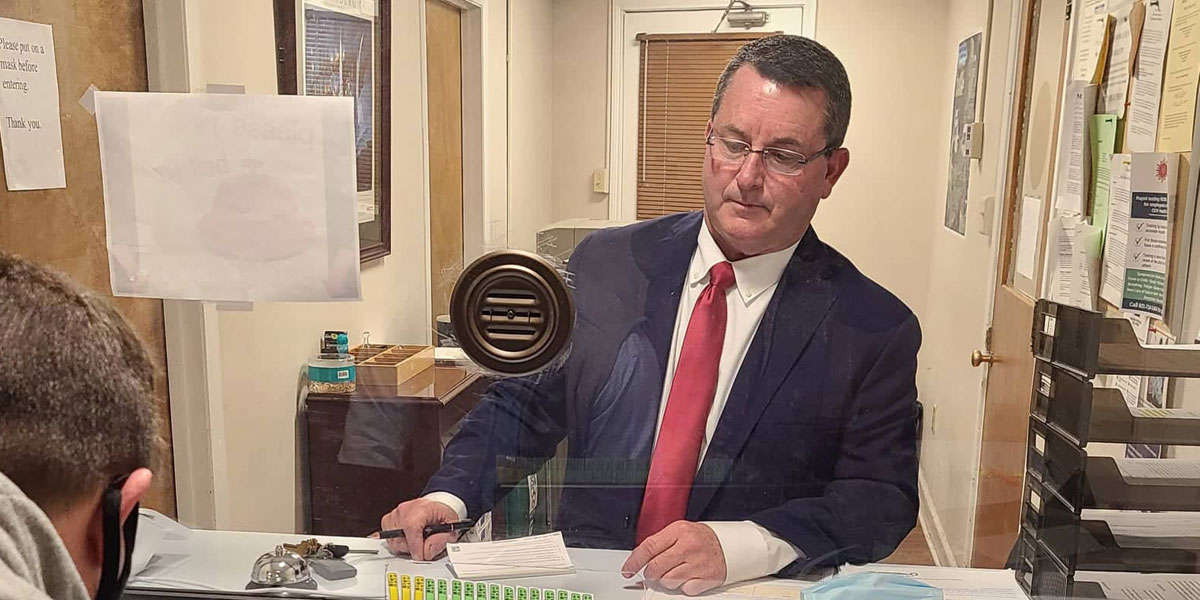 South Ward Alderman Alex Monsour filed the paperwork Thursday to run again for the position that he first won in 2017.

He defeated incumbent Willis Thompson by less than 10 votes in 2017 to become alderman, and Monsour is at the end of first term in the position. Monsour was a member of the Mississippi House of Representatives from 2008 to 2017.

Since being elected, Monsour has worked closely with Mayor George Flaggs Jr. and North Ward Alderman Michael Mayfield Sr. to have an impact on issues such as crime in the city, infrastructure, appointing new department heads and many more duties.

Monsour worked closely with other public officials and businesses to help bring new attractions to the city such as Sports Force Parks on the Mississippi located on Halls Ferry Road.

“It has been an honor to serve as the South Ward Alderman over the last four years,” Monsour said in a statement to the Vicksburg Daily News.

“This administration has overseen a resurgence of our city while focusing on job creation. Since 2017 this administration has been involved in bringing 10 major projects with over $148 million of investments to our city and county. We have also had over $62 million invested from three other projects: Sports Force Parks, $23 million; Mississippi Information and Technology Mcity, $21 million; and the Frontage Road project, $18 million. A total of over $210 million invested in Vicksburg and Warren County in less than four years.

“We have been involved in creating 812 new direct full-time jobs with an annual payroll over $32 million. We have balanced our budget every year and have accomplished all this without raising your property taxes.

“We know we have many issues looking at us still yet such as public safety, animal control, infrastructure and much more. I am asking every voter in the South Ward for your vote so that I may continue to work to make sure all of our families have an opportunity to work live and prosper. Thank you!

If reelected, Monsour has big projects he wants to see happen in Vicksburg such as waterfront improvement, a new open water port and expansion of the airport.

Monsour was born in Lake Charles, Louisiana, and attended Louisiana State University.  He is running as a Republican.

Municipal primaries are scheduled for April 6 with primary runoffs, if necessary, slated for April 27. The municipal general election is June 8.