South Street is hosting many law enforcement officials in what appears to be a multi-agency effort. (Photo by David Day)

Law enforcement is out en masse on South Street, drawing a crowd of bystanders.

Police are at the scene on South Street where law enforcement attempted to serve a warrant for Jamarcus Trisby.

Trisby is known to local law enforcement and was wanted for outstanding warrants. Trisby fled the scene when he became aware of the effort. 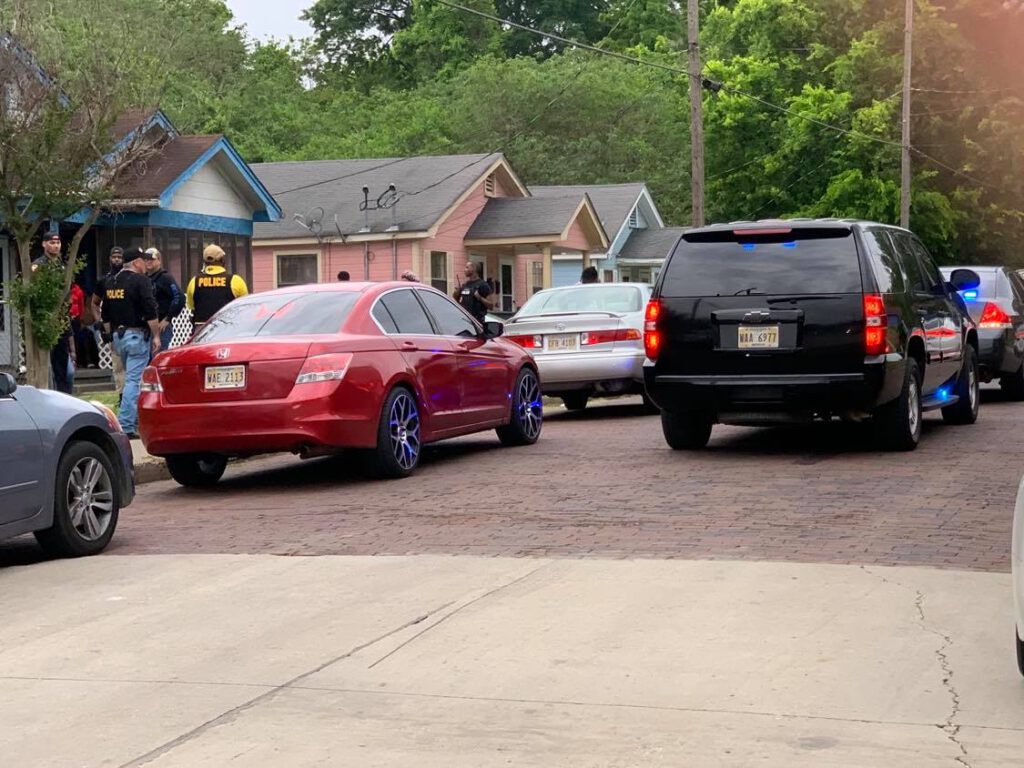 The incident sparked a crowd of curiosity while law enforcement occupied the area. (Photo by Tommy Parker)

After fleeing, Trisby sought refuge under a home in the area, where police found and apprehended him. 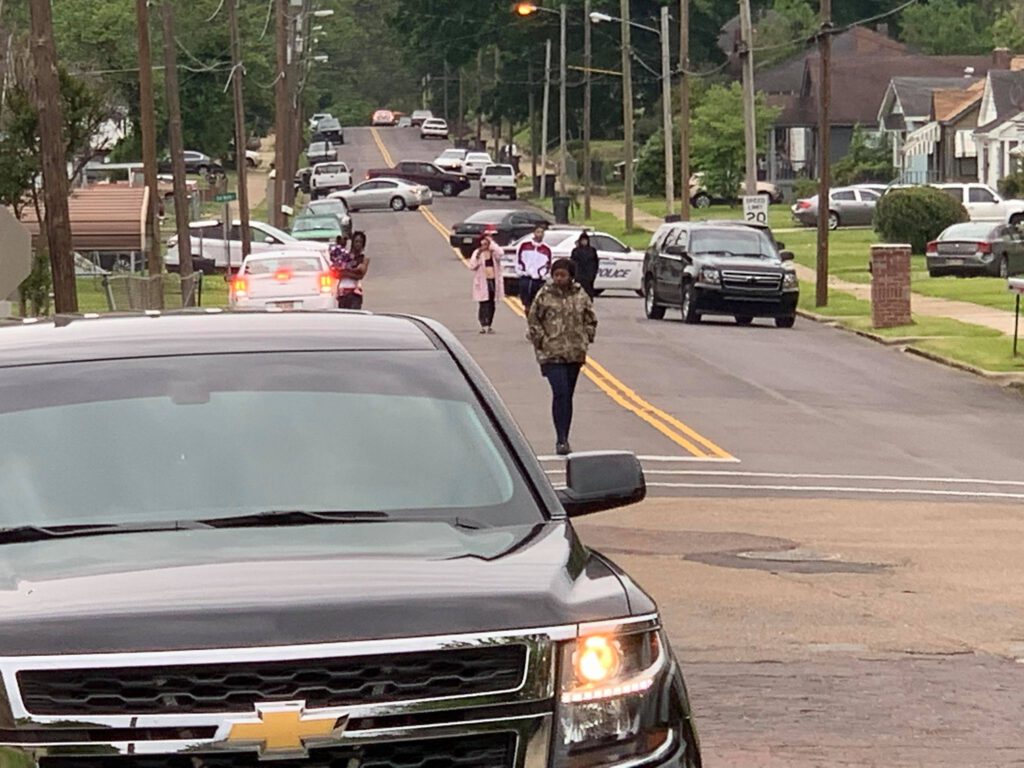 Law enforcement officials are on the scene on South Street. (Photo by Tommy Parker)

Chief Milton Moore is on the scene, along with the NET team assisting law enforcement efforts.

Several others are being detained and searched in relation to the incident. Police ended up arresting three other individuals from a crowd of onlookers for outstanding warrants.

A South Street resident, who wishes to remain anonymous, stated to Vicksburg Daily News that the problems on South Street are being created by outsiders.  The family has lived in the same house for 50 years. Although they are glad to see today’s efforts, they want resolutions and answers including answers to the unsolved murder which occurred across the street from the scene. 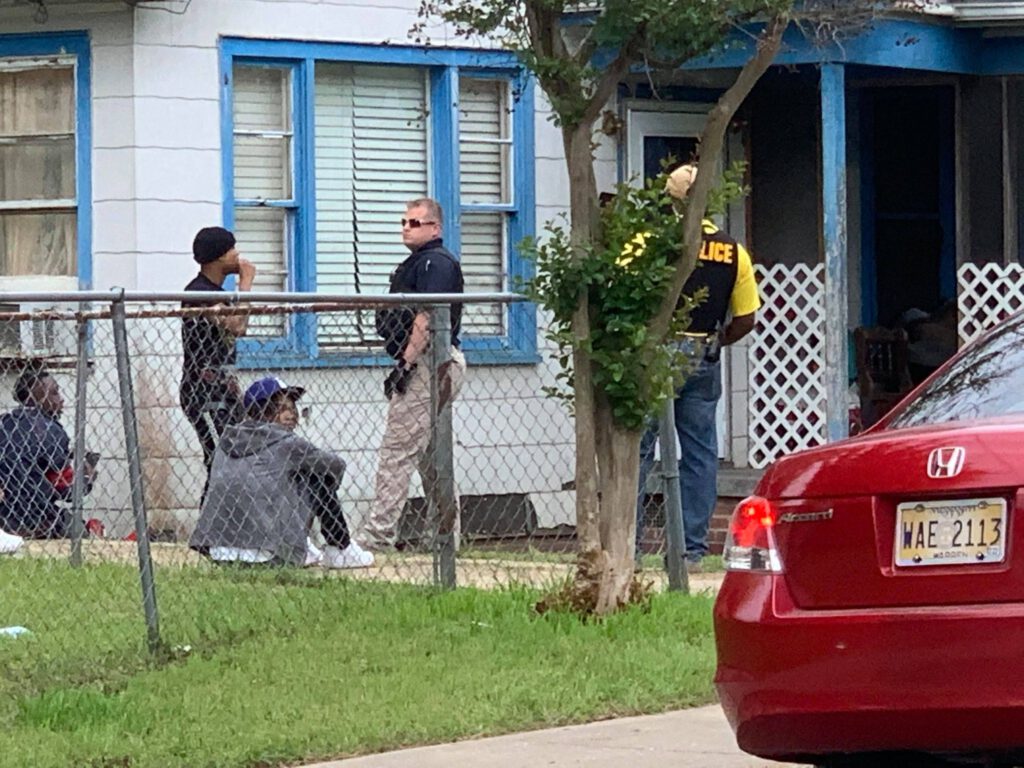 Several people are being detained by law enforcement following a fleeing while attempting to serve a warrant. (Photo by Tommy Parker)