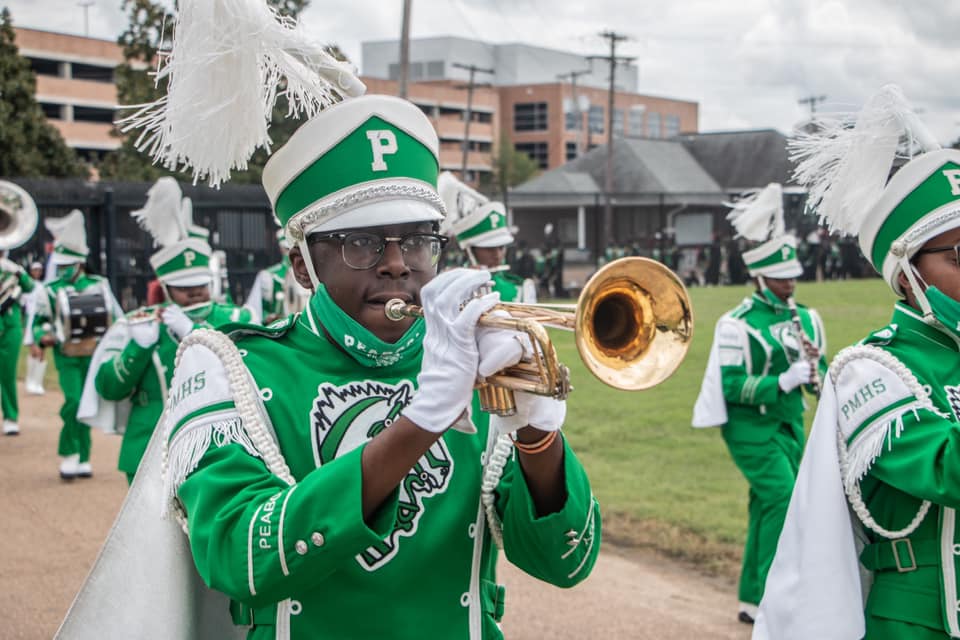 Talented high school bands from across Mississippi, Louisiana and Tennessee converged at the Mississippi Veterans Memorial Stadium on Saturday and performed for hundreds of fans to show their skills and battle for the title of best band.

“Today, we rekindled a long-awaited Battle of the Bands here in Jackson, Mississippi,” said JSU Band Director Roderick Little. “I remember when I was a student here in Jackson attending Lanier High School, and our band actually coming to participate and then later on being the band director. Then the event just kind of disappeared, so we wanted to make sure we back attractions to the city of Jackson and bring some great high school groups as well.”

JSU’s marching band was founded in the 1940’s, but it was not until 1971 that the band was dubbed “The Sonic Boom of the South” and began making a name for itself on a national scale. Since then, the 250-member band has performed at halftime shows for the Atlanta Falcons, Detroit Lions, New Orleans Saints and Cincinnati Bengals as well as a televised performances at the Motown 30th Anniversary and the 34th National Association for the Advancement of Colored People (NAACP) Image Awards with a special guest performance by Cedric the Entertainer.