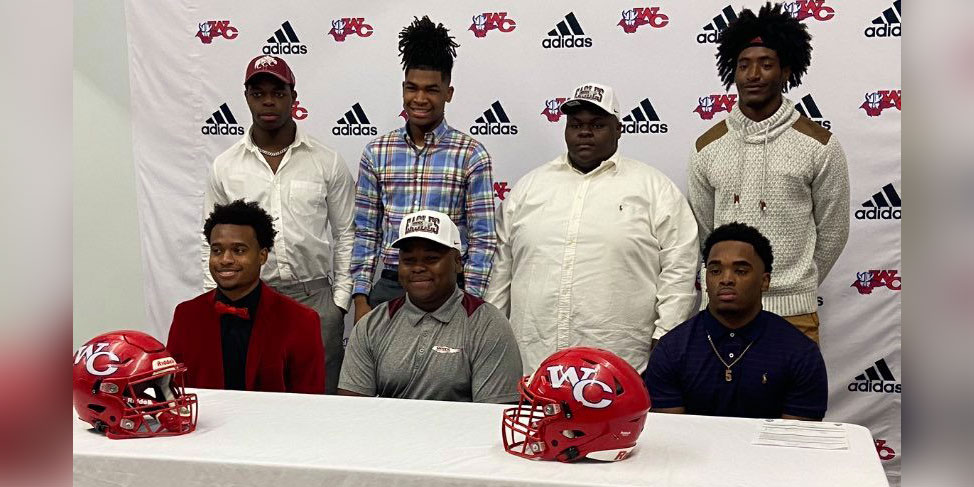 Taylen Smith signed with Coahoma Community College this morning to further his football career. He finished last season with 43 tackles and eight sacks for the Vikings under head coach Josh Morgan.

Quarterback Kentrick Thompson chose to sign with Mississippi Delta Community College as he plans on starring at the next level as well. Thompson threw for five touchdowns while rushing for 546 yards and seven rushing touchdowns in 2020.

Cornerback Tevin Bell, who was the Vikings top defensive back this season, picked Northwest Mississippi Community College. He finished his senior year by catching five interceptions and leading WC to a 9-3 record.

Wide Receiver Jerry Evans signed with Southwestern Assemblies of God University. He will go in as an athlete and play wherever is needed.

Lineman Pernell Defrance and Chris Collins signed with Hinds Community College to become team managers after helping the Vikings to much success this season. They will join the Eagles program this summer.

All six young men played a big role WC’s success over their varsity years and Vicksburg Daily News will follow them through their collegiate careers and provide future updates.