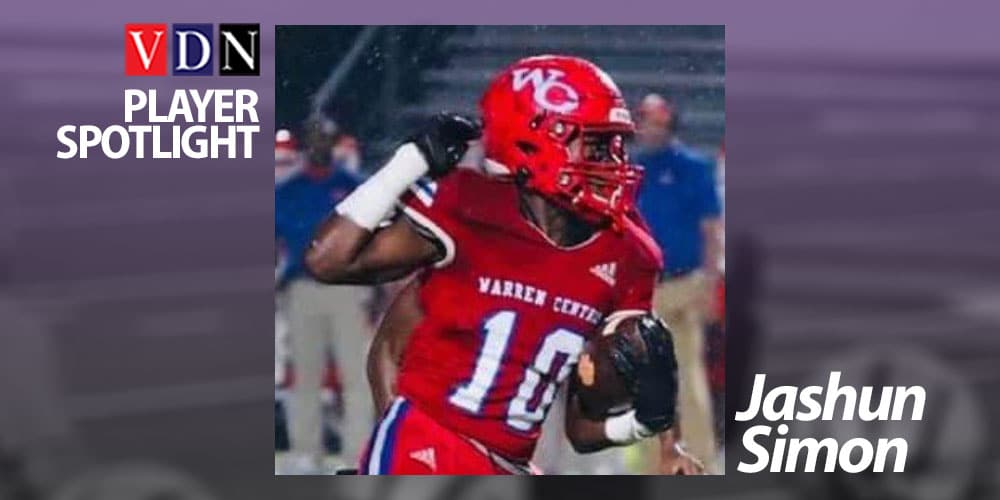 Warren Central High School football player Jashun Simon has finished a productive junior season for the Vikings. He was one of the key players on the defense.

Simon started at linebacker for the Vikings and managed to rack up 58 tackles although playing in only eight games due to COVID-19 cancellations. He also was able to gain three sacks on the year as well.

Simon showed off his true skills this season against Pearl when he grabbed a total of 11 tackles, 10 of them solo, along with one sack in the 28-21 win over the Pirates.

Simon is known for his hard hitting style of play on the field and is great at finding the ball carrier in the backfield. He also helped the Vikings to the second round of the playoffs this year under head coach Josh Morgan.

Simon has wrapped up playing football for his junior year at Warren Central and is in offseason training and preparing for his senior year.