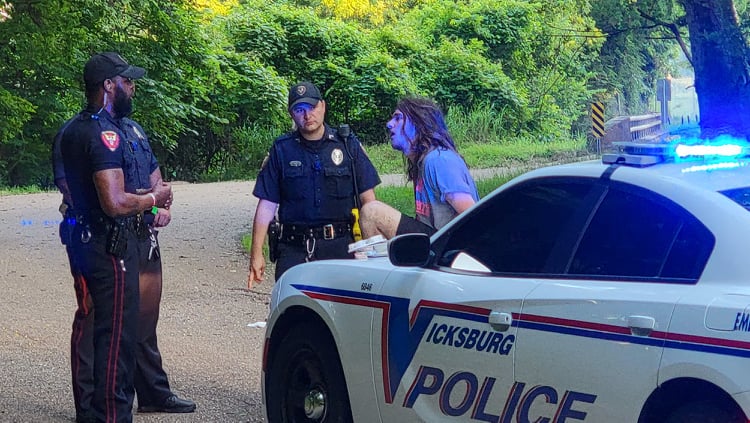 A man is in custody after shoplifting from a Dollar Tree store on Clay Street and then attempting to snatch a woman’s purse outside the store.

It is unclear what was stolen from the Dollar Tree, but store employees called police.  The man is alleged to have been acting erratically and violently, even attempting to steal a handbag from a woman in the parking lot.  He then fled foot.

Officers Joseph Stubbs and Jerrold Hayes caught up with the suspect on Melbourne Place and had to deploy a taser in order to take him into custody. He faces charges of shoplifting and larceny.

The Vicksburg Daily News will bring you more information as it becomes available.