Shonna Morton-Hubbard was taught by her father that being determined and hard working could take you far in life.

After graduating from high school, Morton-Hubbard set out to discover her niche.

“After graduation, I was a little taller than everyone else in my class, so I tried out for basketball, and I just didn’t make it,” Morton-Hubbard said. “So my parents enrolled me in the American Institution of Modeling, and I went to school there for a year and a half. After graduating modeling school, I was told they were needing black models in Germany.”

After going through the audition process, though, Morton-Hubbard was quickly denied. 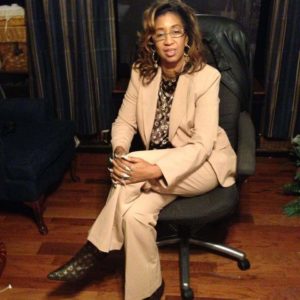 “They told me that they wanted the dark skin with the natural hair, and I was too light, and my hair was too straight. That kind of discouraged me. I was 20 years old and decided, ‘That’s OK. I just won’t try to pursue it’,” she said.

Although she was told that she wouldn’t be a model in Germany, Morton did not allow this minor setback to stop her.

She traveled to Fayetteville, North Carolina and enrolled in the Paul Mitchell Academy where she received a degree in nail care. Later, Morton-Hubbard migrated to Virginia where she began working in JCPenny as a nail technician while still pursuing her dream of becoming a model.

After three years in Virginia she decided to move back to Vicksburg and help care for her father, David L. Hubbard.

“I never pictured staying here,” she said. “I just thought I’d help with my father, my daughter can meet all of her cousins and all that good stuff; however, I ended up finding a really good career here in Vicksburg.

“There weren’t a lot of African American nail technicians in Vicksburg when I came back in ‘98, so I started working at the JCPenney here for about two years before I decided to step out on faith and open my own nail salon. … Ever since then my clientele has skyrocketed, and I have a barber and hairstylist with me.”

Being one of the only African American nail technicians in Vicksburg with her own salon, Shonna’s Nails and More on Drummond Street, Morton-Hubbard built up her clientele and became invested in the community in a way that she never imagined.

As a member of the American Legion and board member for Haven House and the United Way, Morton-Hubbard has received awards from Mountain of Faith Ministries, the Mu Xi Omega chapter of Alpha Kappa Alpha and other organizations in the community.

She also started a foundation in honor if her late father.

“I started the David L. Hubbard Foundation in 2016,” she said. “With that foundation, I’ve adopted the ROTC programs at Warren Central High School and Vicksburg High School. Each year I award students with a scholarship of about $500, and I wish that I could do more.”

Morton-Hubbard plans to open the scholarship to more students in the future.

Meanwhile, she tries to be an example to others as her father was to her.

“Being a military brat and the only child, I actually started working at the age of 14,” she said. “My job was to trim the grass while he cut it every Saturday morning while we were on the military base. He wanted to win ‘best yard’ on the base, which we always did.”

Her father’s commitment pushed Morton-Hubbard to take a job at Burger King at the age of 15. She credits his tough love for her strong will to always strive for what she wants in life.

“This just instilled in me that if you want something then you have to work for it,” she said. “I’m just so glad that he pushed me to work because today, I have no problem with working to get to where I want to be.”