When Glory Griffin, her daughter and grandbaby got into Glory’s SUV for a trip to Hobby Lobby in Vicksburg Wednesday, they didn’t suspect an unwelcome hitchhiker was making the trip with them.

As they entered the parking lot, Glory’s daughter caught sight of the hitcher. Snatching the grandbaby, all three piled out of the SUV and immediately called 911 for help.

Only one man was known to be brave enough to handle the situation: Warren County Sheriff Martin Pace.

Pace has been known for years as the county’s snake wrangler. He has safely removed snakes from homes and vehicles for years. 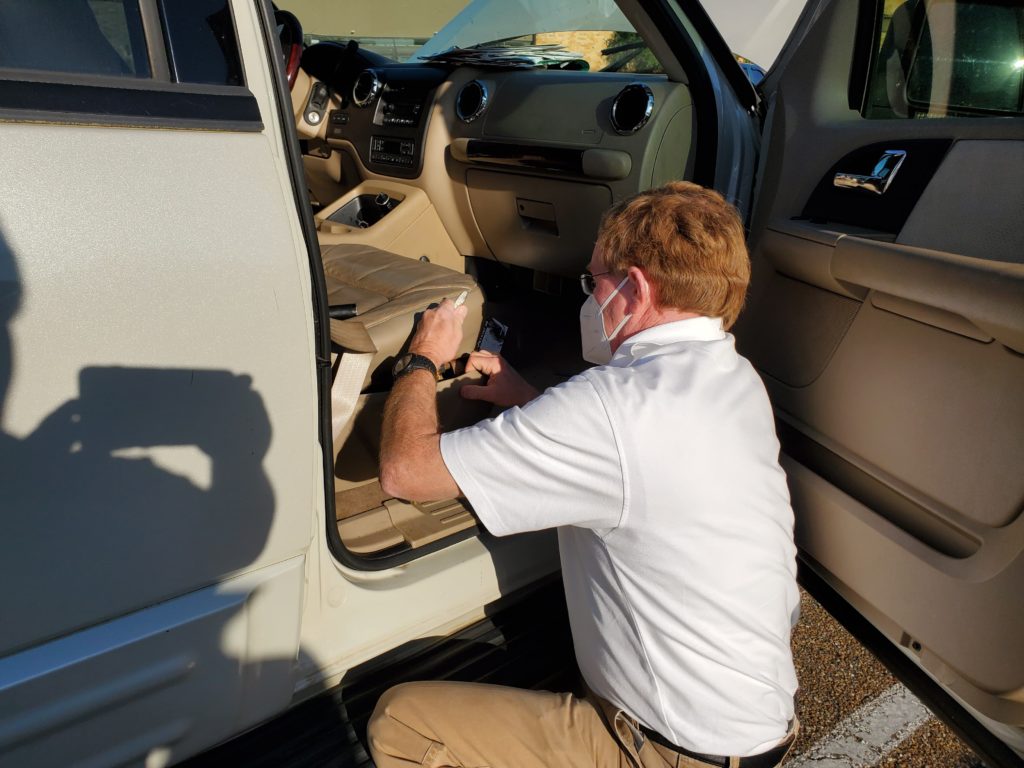 Sure enough, Sheriff Pace showed up to remove the snake from the SUV. It only took about two minutes to find the beast in the cavernous interior of the vehicle, but he located it under the front seat. Pace then took great pains not to injure the little guy during the minute or so it took to extract it.

“It’s a rat snake,” Pace pronounced, holding the snake after the successful capture. It appeared to be about 3 feet long.

What may have been any one of a half-dozen venomous species turned out to be a snake dangerous only to rodents.

“They’re actually a pretty good pet if you have a kid that likes snakes,” the sheriff said. “So, I’m going to take him out and let him go and let him live happily ever after.”

Folks who watched the snake rescue had a different take about snakes in cars.

“He talking about it ain’t poisonous…. ITS A SNAKE! 😂😂 burn the whole truck,” wrote Shanta Lett.

Beyond the comments about snakes, however, the consensus is that Warren County is grateful to have Sheriff Pace in charge.

“Martin Pace is the best law enforcement officer in the planet!!!” wrote Paula Lindsey, a sentiment shared by several others.

“We have the best sheriff ever!! Thanks, Martin Pace!!!” wrote Lara Clement. 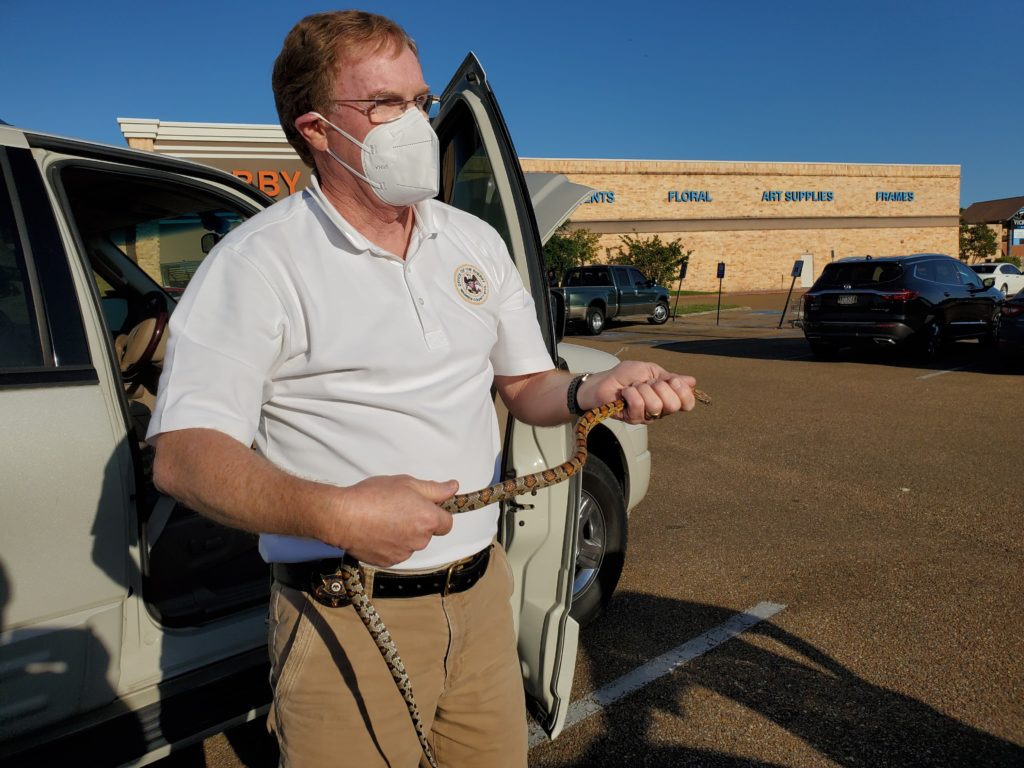 Pace holds the snake for all to see. (Photo by David Day)

No new COVID-19 cases in Warren County Thursday; statewide cases at 8,686 and deaths at 386