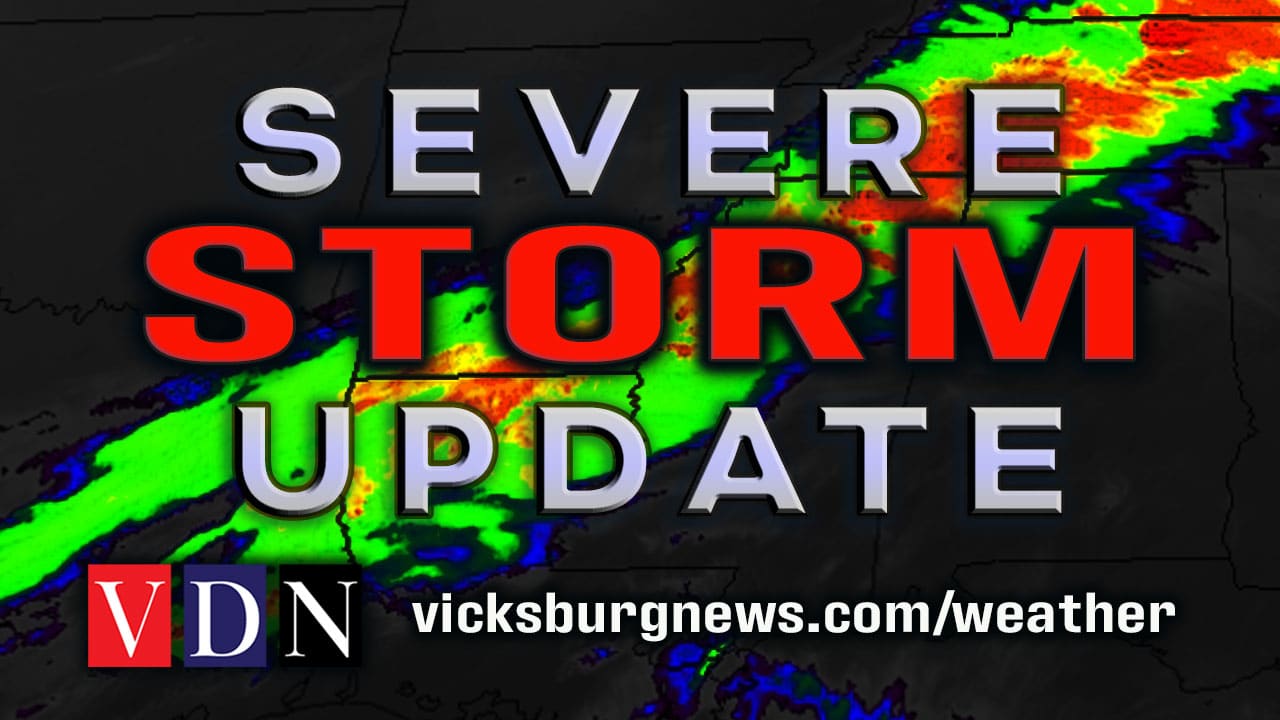 Severe thunderstorms producing damaging wind gusts and tornadoes are possible through around noon today as a cold front pushes southeast through the region. 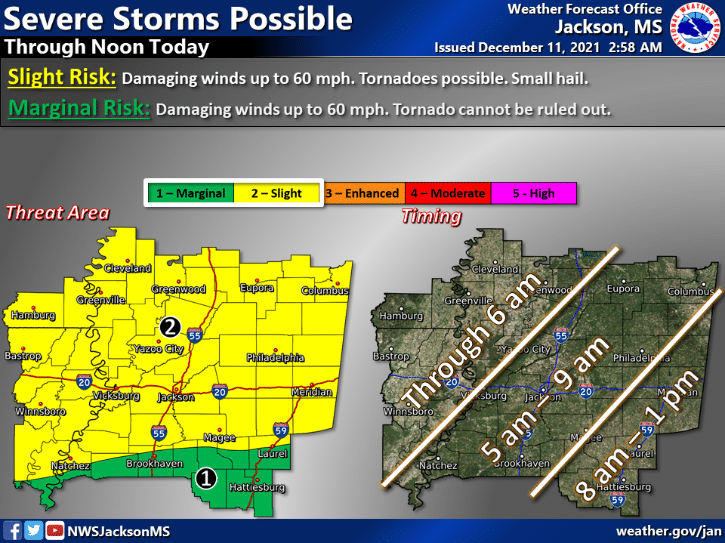 Although much of the central U.S. experienced extreme and destructive storms, the NWS advises only a slight risk of tornadoes, hail and damaging winds for our area. Prepare for potential power outages and shelter your pets.

This powerful band of storms has produced at least 19 tornadoes, with reports of widespread damage across five states and as many as 50 likely killed in Kentucky alone.

MASSIVE Tornado that crossed I55 @ MM16 tossing / rolling Semi trucks. This tornado is the same as the Monette, AR tornado. This is going to be horrible when we see daylight. 🙁 @NWSMemphis pic.twitter.com/41UFpuNsk7

According to Raws Alerts, a tornado that started in northeast Arkansas late Friday may have been the longest in history at over 235 miles.

🚨#BREAKING: A Tornado which started in Arkansas 4 hours ago appears to have traveled more than 235 miles (378 km) so far, making it the longest tornado ever recorded in us history pic.twitter.com/TxKinzw78C

The Guinness World Record for the longest tornado is currently credited to the 218-mile path left across Missouri, Illinois and Indiana in 1925.  It was also the deadliest in history, with 695 people killed.

In the event of a tornado