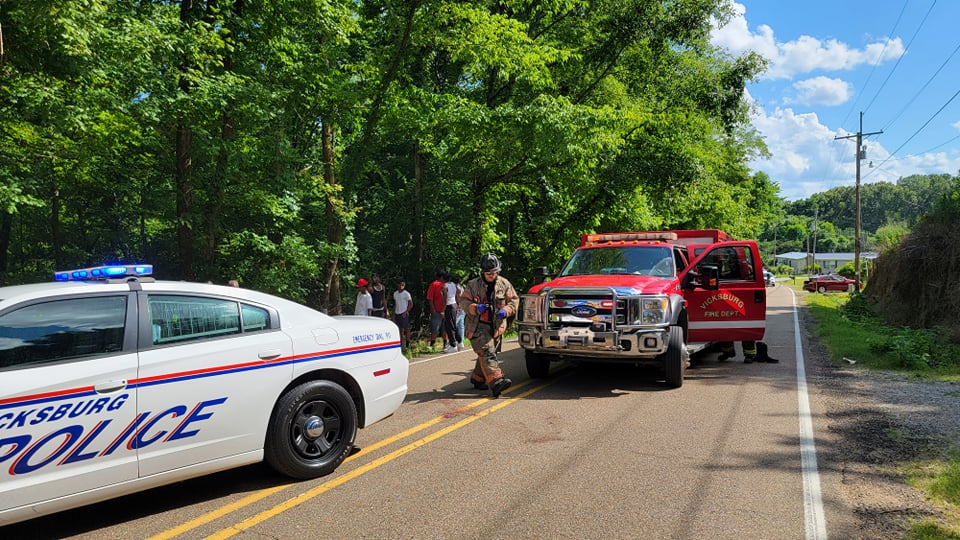 Responders are on the scene of a two-vehicle collision on Grange Hall Road at Commons Circle in Vicksburg in which a driver was entrapped in their vehicle. 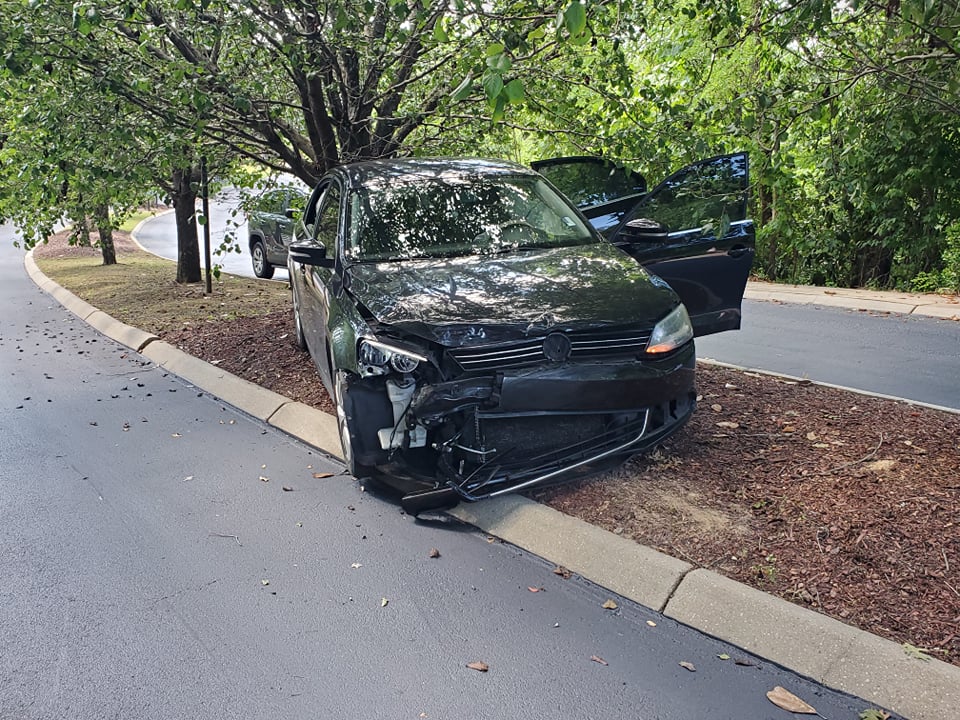 One of the cars involved in the crash careened into the island on Commons Circle, and the other slammed into a wooded area along the side of Grange Hall.  It is reported that the driver has sustained serious injuries.  Responders had to work swiftly and carefully to extricate the woman from the wreckage.

Luckily for that driver, the skilled responders made quick work of the task of cutting her out of the vehicle and preparing her to be air-lifted to the University of Mississippi Medical Center in Jackson for treatment. Within minutes of arriving on scene, the wounded motorist was free and receiving first aid. While she is reported to have been seriously injured, those injuries are not believed to be life-threatening.

Vicksburg Fire Department Ladder 15 and Rescue were among the first to arrive on scene, with Fire Medic 80 and others also arriving to assist.

In his 26 years of service at Vicksburg Fire Department, Capt. Richard Wilson has seen his fair share of accident scenes. He says that experience is what enabled the responders to recover the victim so swiftly. “We have too many accidents and Rescue gets a lot of training,” Wilson said shortly after the woman was brought to safety. “That’s unfortunate, but it also helps decrease the time it takes to get them out of the vehicle.”