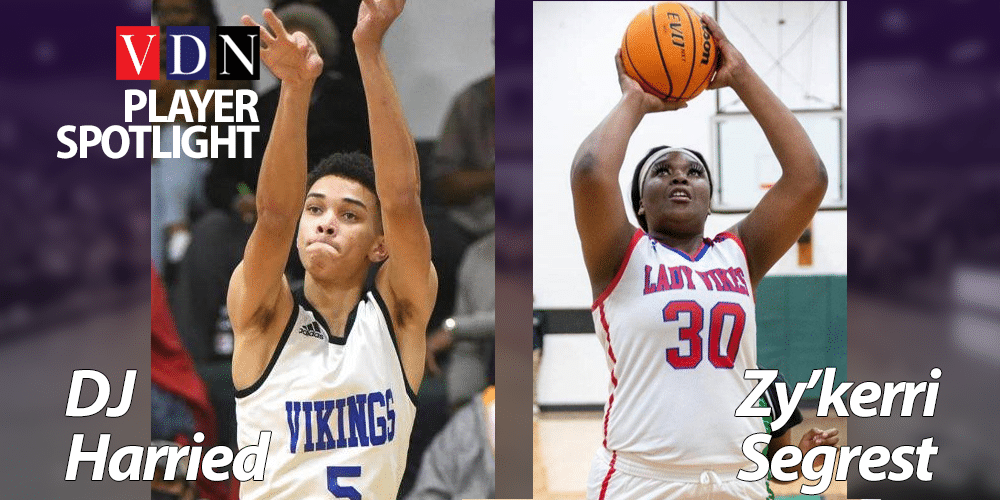 DJ Harried and Zy’kerri Segrest (photo by by Ced Tillman)

Despite a fierce hustle, the Lady Vikings could not overcome the Jaguars in the 55-33 loss.  Segrest led the effort, scoring 14 points.  She is is currently in her junior season for Warren Central and has been a very productive player for the Vikings since playing on the varsity level.

In another unfortunate upset, Warren Central also lost to Madison Central in a 52-37 loss on Thursday. Warren Central basketball player DJ Harried led his team with 11 points and has been leading the Vikings in points this season. He continues to improve his performance as his final season comes to a close.

Harried and Segrest will be back on the court Tuesday for the Warren Central vs Clinton game.  The Lady Vikings are scheduled to play at 6 p.m., and the boy’s team at 7:30 p.m.