For the second time this weekend, shots were fired at the intersection of Athens and Alcorn Drive in Vicksburg Sunday.

Just before 12:30 p.m., E-911 received an onslaught of calls reporting multiple shots fired in the area.  Arriving officers found evidence of the event in the form of several shell casings and one vehicle riddled with bullet holes.

It is believed that no one was injured in the shooting.

Witnesses report a grey SUV with a black male driver as the perpetrator of Sunday’s shooting. 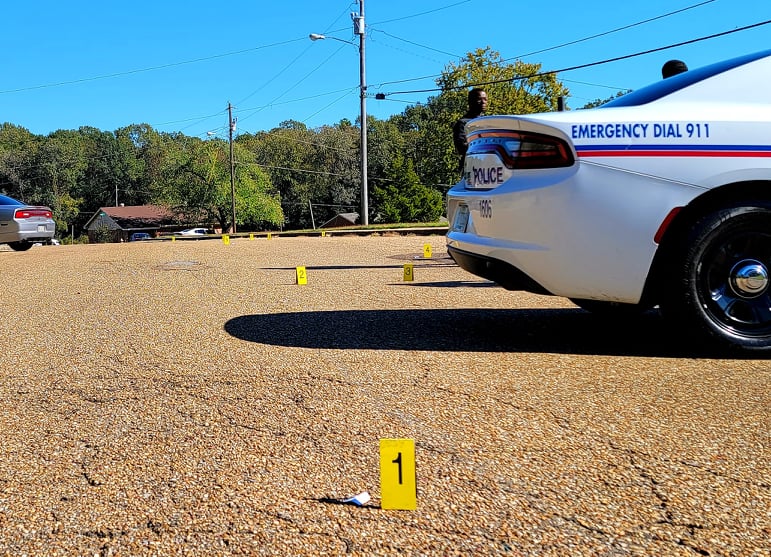 Approximately 20 shell casings were found at the scene.

Early Saturday morning, two people were injured in a shooting at the same location.

The Vicksburg Daily News will continue to bring you updates on this ongoing investigation as information becomes available.