Search for two hunters on the Mississippi takes its toll 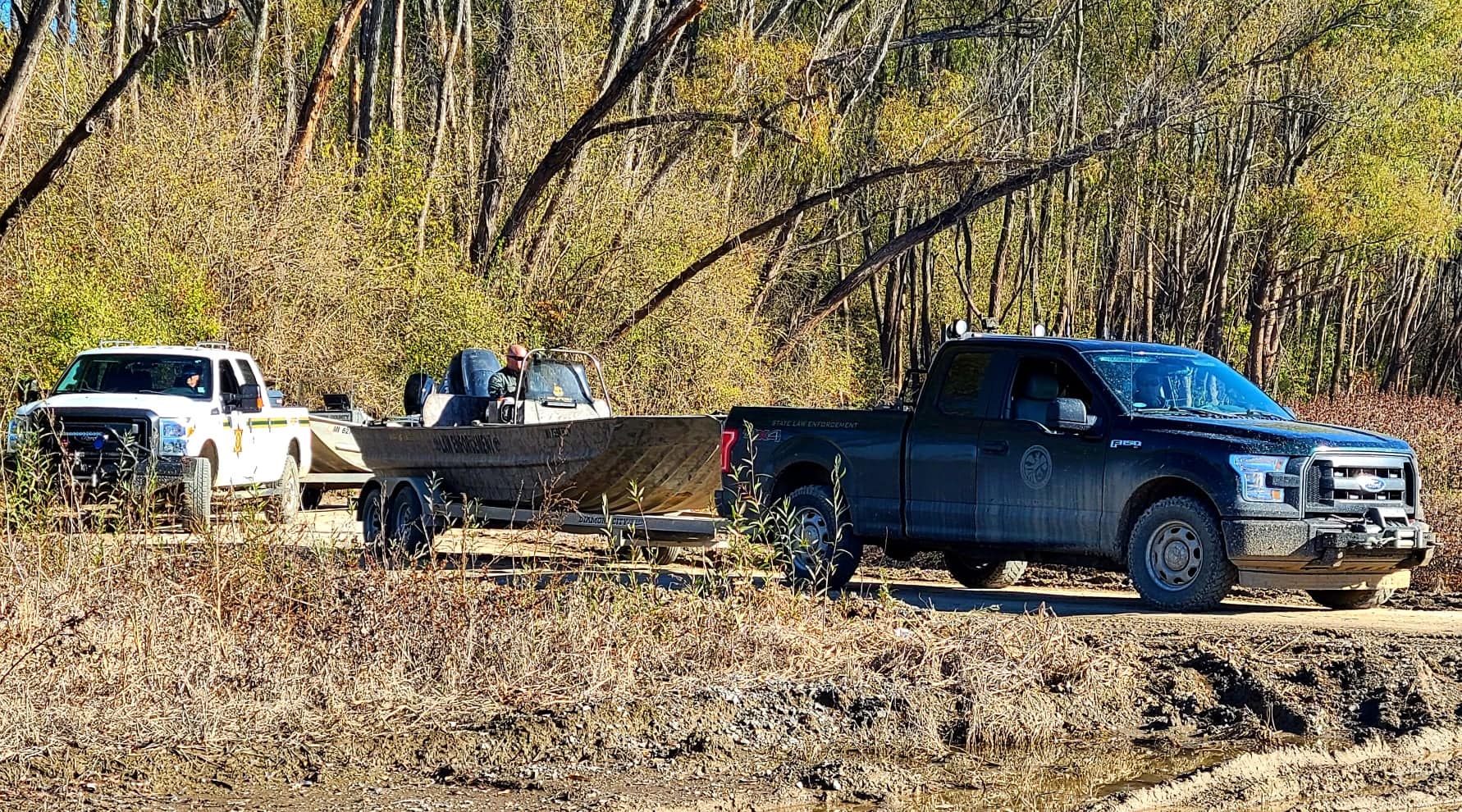 The search is focused in the cold water of the Mississippi River, aided by sonar technology. (photo by David Day)

The young men, Gunner Palmer, 16, and Zeb Hughes, 21, both of Copiah County, Mississippi, went out on a boat Thursday with their dog to find a good spot for duck hunting near Davis Island. When they didn’t return and couldn’t be reached by phone, friends and family put out the alarm.

Pace was hopeful that the young men had developed some mechanical issue with their boat, something that happens several times a year on area waterways. He dispatched Investigator Sam Winchester and Deputy Daniel Thomas to assist in the search. The two deputies, along with MDWFP agents, searched until just after 2 a.m. Friday, when it became unsafe for them to be on the river in a small vessel.

Just after 7 a.m. Friday, Pace activated a full-blown search effort. He remained hopeful but said he had a bad feeling about this one.

As the day progressed, more and more people arrived to join the efforts. The Cajun Navy arrived to offer their assistance.

It turns out that Med Palmer, Gunner Palmer’s father, runs a wildlife management area for the MDWFP and is a beloved figure who has educated countless people about the wonders of nature. He has taken hundreds of young people hunting and fishing.

Veteran Deputy Johnny Beauchamp arrived with a Warren County Sheriff’s Office boat Friday. Beauchamp has dealt with floods and the mighty Mississippi River throughout his career and has a lot of experience dealing with situations such as this. The past few days he has had young Deputy David Culbertson with him, schooling the third generation law officer how to handle the river.

As the day moved on, a large crowd gathered south of the landing, including a huge contingent of first responders. Friday afternoon, the decision was made to activate the Mid Mississippi Strike Team which is made up of law enforcement and firefighters from several counties. A ground search ensued until well after dark. Search efforts intensified as aircraft were added from Madison Parish and private individuals.

As Saturday began, more and more personnel and equipment arrived including mobile command posts from Rankin County and the City of Madison. Warren County Fire Coordinator Jerry Briggs organized the many resources and tried to keep everyone calm and on the same page. Many volunteers chose to go off on their own, and this was just complicating an already delicate situation.

Search efforts reached an even bigger scope Sunday, and Sheriff Pace and MDWFP officials allowed friends and family to participate in the efforts, unfortunately to no avail.

As this week has progressed, ground search efforts have been discontinued, while the quest to find the young men continues on the river. The main channel is near 100 feet deep in numerous places in the search area. The southbound current flows continuously at 7 to 10 knots.

The wind and the elements of a Mississippi winter have taken their toll on those searching.

Throughout this week, valiant efforts to find the young men have emerged. Obviously, Sheriff Martin Pace has been on hand almost continuously as have Beauchamp and Chief Deputy Billy Joe Heggins.

By late Sunday, 911 coordinator Shane Garrard had been up almost 70 hours straight before having to get some rest. Warren County Emergency Management Agency employee Reed Birdsong has been a constant figure during the search handling the little things that pop up every hour. At one point, Briggs sent Birdsong home to get some rest only to look up a few hours later to see him returning.

“He couldn’t stay away,” Briggs said.

Then there was the obvious pain in the eyes of Assistant Emergency Management Director Tracy Porter who lost her nephew to an industrial accident on the river a couple of years ago. Although she is dutifully going about her business, the situation has to strike close to home.

As a second week of searching begins, everyone is hopeful they can provide closure for the two families and to the hunter’s friends. These are courageous efforts of people named and unnamed to do whatever they need to do to find Palmer and Hughes.

As Sheriff Pace and others have said throughout this ordeal, if you believe in prayer, please include the families and the searchers in your thoughts and prayers.

These will be the fourth and fifth water-related tragedies this year in Warren County, including the couple that drowned at Eagle Lake in June, and the automobile crash near Deer Creek in July that resulted in a drowning.