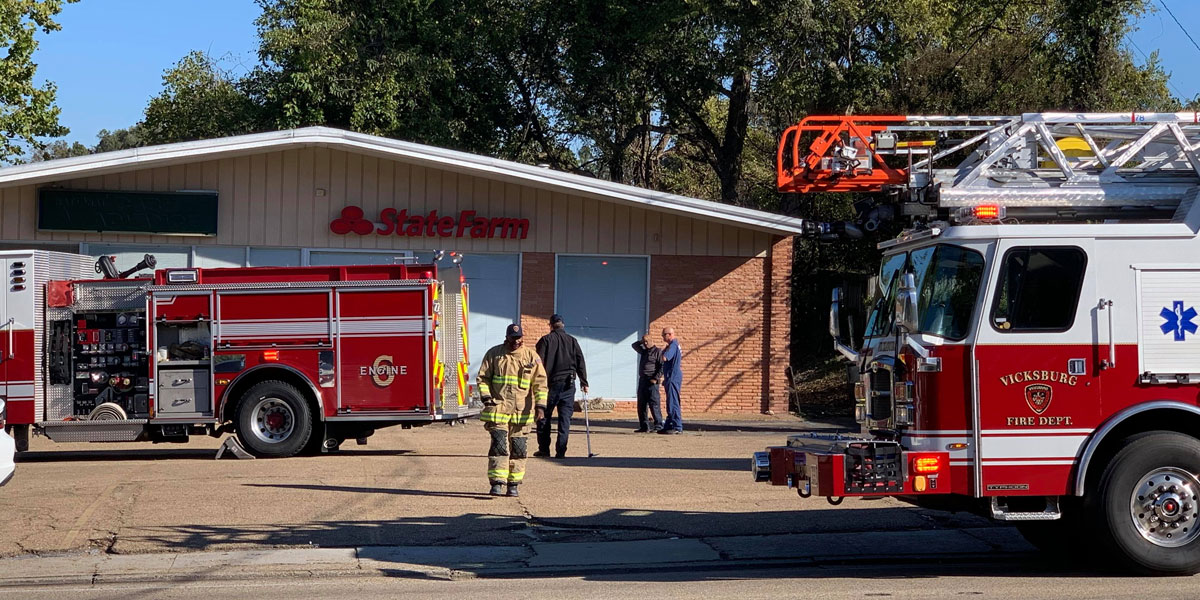 At 9:26 a.m. Saturday, Vicksburg firefighters were dispatched to 2839 Clay St. for a reported structure fire in a commercial building.

Initial reports indicated flames were showing from the area of the breaker box. Vicksburg police officer Matt Barnes confirmed that flames were approaching the roof on the east side of the building.

The situation was quickly brought under control and no one was injured. Entergy responded to the scene and disconnected service to the business. The remaining part of the building is vacant.