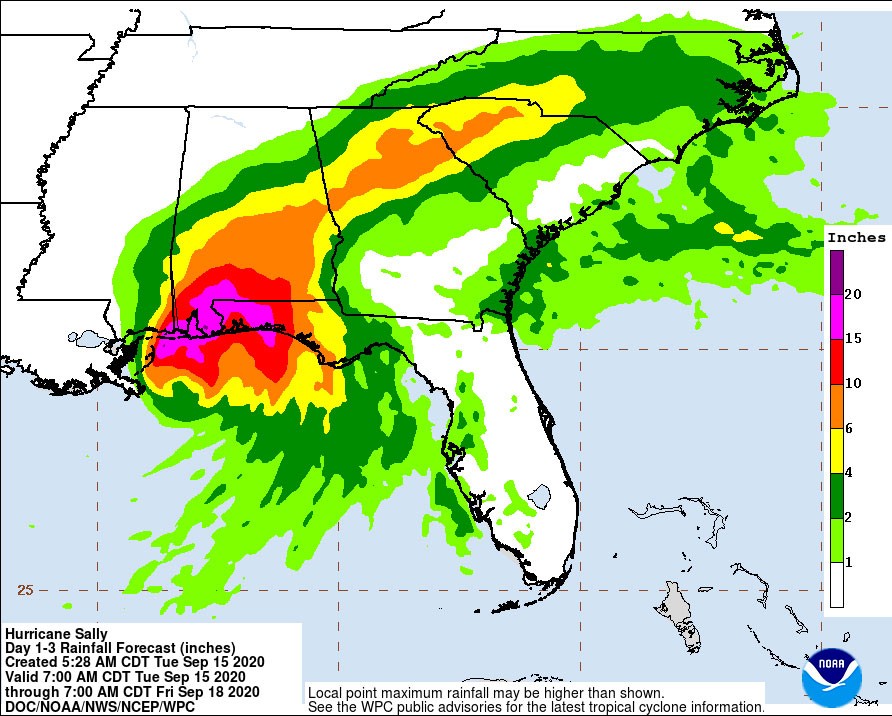 Instead of hitting the Gulf Coast Tuesday morning as predicted, Hurricane Sally practically stalled overnight. As of 7 a.m. Tuesday, Sally was still 65 miles off the coast, crawling along at about 2 mph.

Forecasters now predict that most of Mississippi will escape effects from the storm except for coastal counties and the southeast portion of the state.

Now a Category 1 hurricane, Sally has sustained winds of about 85 mph, down from 110 mph Monday. The storm could still strengthen before making landfall Tuesday night or Wednesday morning and moving inland.

The path of the storm has moved east, with hurricane warnings now stretched from the mouth of the Mississippi River to Navarre, Florida. Storm surge warnings are also in effect in the same general area, including Mobile Bay.

Sally is expected to be a slow-moving system as it approaches land producing 10 to 20 inches of rainfall with isolated amounts of 30 inches along and just inland of the central Gulf Coast from the western Florida Panhandle to far southeastern Mississippi. Historic flooding is possible with extreme life-threatening flash flooding likely through Wednesday. In addition, this rainfall will lead to widespread moderate to major flooding on area rivers.