Sally is headed for the Gulf Coast 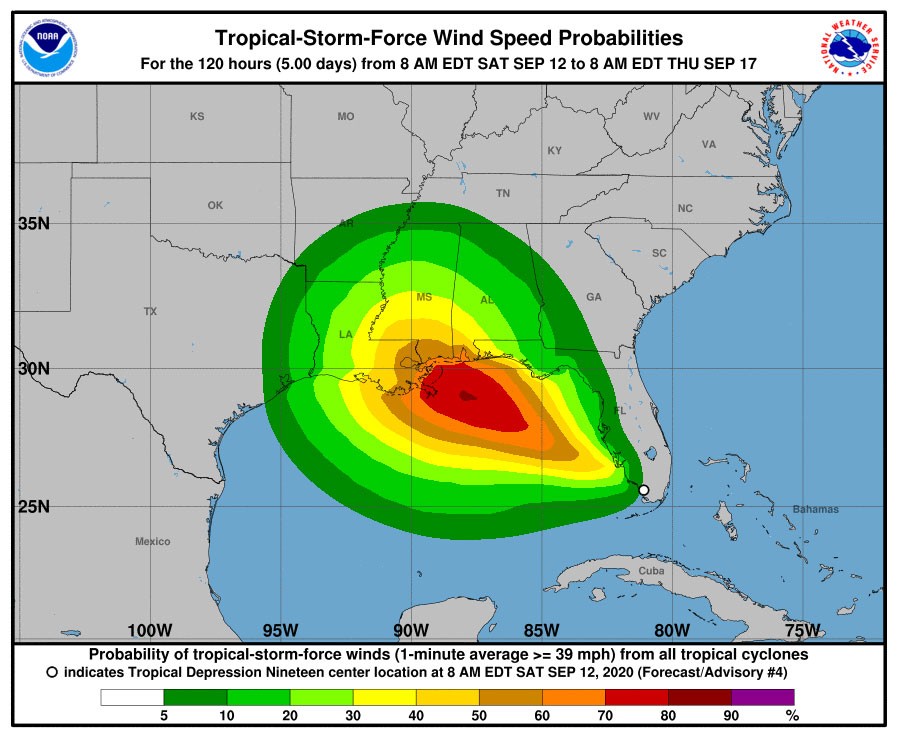 Forecasters predict that Tropical Storm Sally will become a hurricane as it moves across the Gulf of Mexico.

The predicted path has Mississippi in the center. The storm, now off the coast of southern Florida, was upgraded Saturday from a tropical depression to a tropical storm.

The depression is forecast to strengthen to a hurricane early next week as it moves across the northeastern Gulf of Mexico, and there is an increasing risk of life-threatening storm surge and dangerous hurricane-force winds from southeastern Louisiana to the Alabama coast.

Residents in these areas should closely monitor the progress of this system and updates to the forecast, as Storm Surge and Hurricane watches will likely be issued later Saturday.

Presley: ‘What are they hiding?’ PSC subpoenas AT&T for information