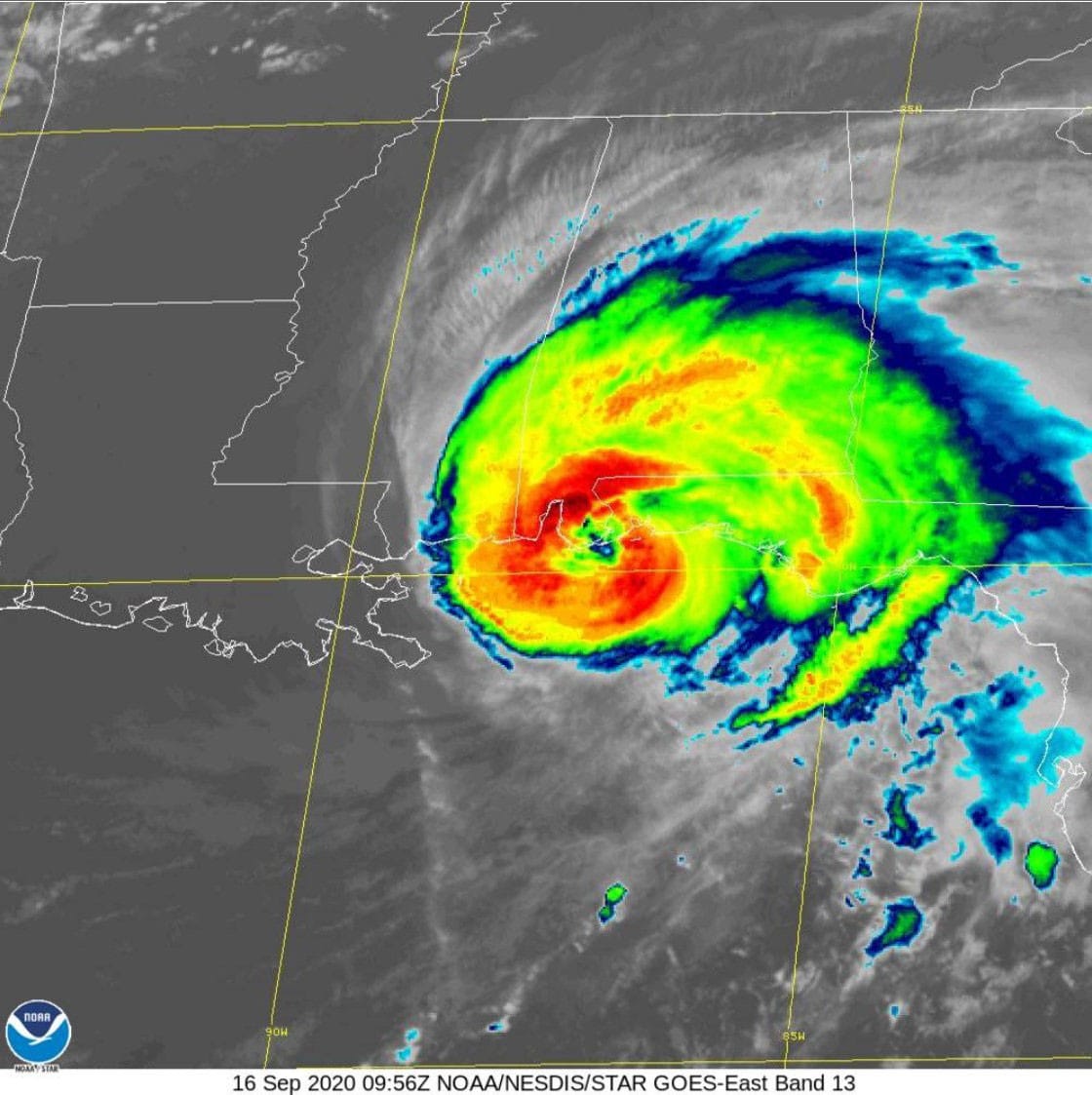 The eye of Hurricane Sally made landfall around 4:45 a.m. Wednesday near Gulf Shores, Alabama

Sally strengthened as it approached land, and hit as a Category 2 storm, packing winds of up to 105 mph.

The storm’s glacially slow pace of 3 mph means the Gulf Coast will see strong winds, storm surge and rain throughout Wednesday and into Thursday bringing with it “catastrophic and life-threatening flooding,” forecasters say.

Around 10 to 35 inches of rain are expected on the Mississippi, Alabama and Florida Panhandle coast. Pensacola, Florida, has reported 30 inches of rain.

Life-threatening storm surge is occurring along portions of the coastline from Alabama to the western Florida Panhandle, including Pensacola Bay and southern portions of Mobile Bay.

Hurricane conditions are expected Wednesday morning and will continue into the afternoon within portions of the Hurricane Warning area along the Mississippi and Alabama coastlines and the western Florida Panhandle.

A Hurricane Warning is in effect from the Mississippi/Alabama border east to the Okaloosa/Walton county line in Florida.

A Tropical Storm Warning is in effect from the Mississippi/Alabama border west to the mouth of the Pearl River. Warnings west of there have been discontinued.