Sally expected to make landfall as a Category 2 hurricane 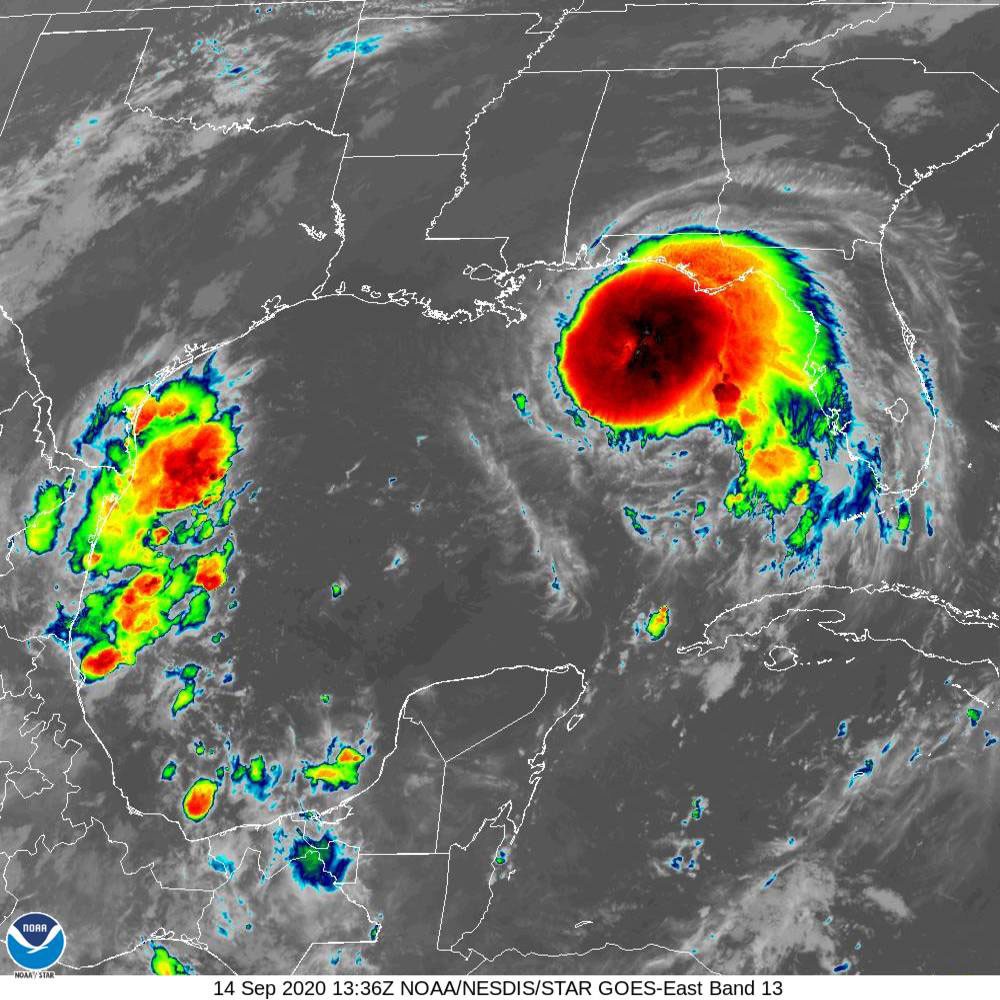 Sally is still a tropical storm Monday morning but that could well change within the next 12 hours or so. By the time it hits the Louisiana and Mississippi Gulf Coast Tuesday morning, forecasters expect it will be a Category 2 hurricane.

The coast, from Morgan City, Louisiana, to Ocean Springs, Mississippi, is under a hurricane warning, meaning that hurricane conditions are expected somewhere within the warning area. Preparations to protect life and property should be rushed to completion.

Storm surge from the mouth of the Mississippi to Ocean Springs is expected to be from 7 to 11 feet, and from Ocean Springs to the Alabama border from 5 to 8 feet.

Sally is expected to be a slow-moving system as it approaches land producing 8 to 16 inches of rainfall with isolated amounts of 24 inches over portions of the central Gulf Coast from the western Florida Panhandle to far southeast Louisiana through the middle of the week. Life-threatening flash flooding is possible. In addition, this rainfall will likely lead to widespread minor to isolated major flooding on area rivers.

Sally is forecast to move farther inland early Wednesday and track into the Southeast with rainfall of 6 to 12 inches possible across portions of inland southeast Mississippi and Alabama. Significant flash and urban flooding is likely, as well as widespread minor to moderate flooding on some rivers. 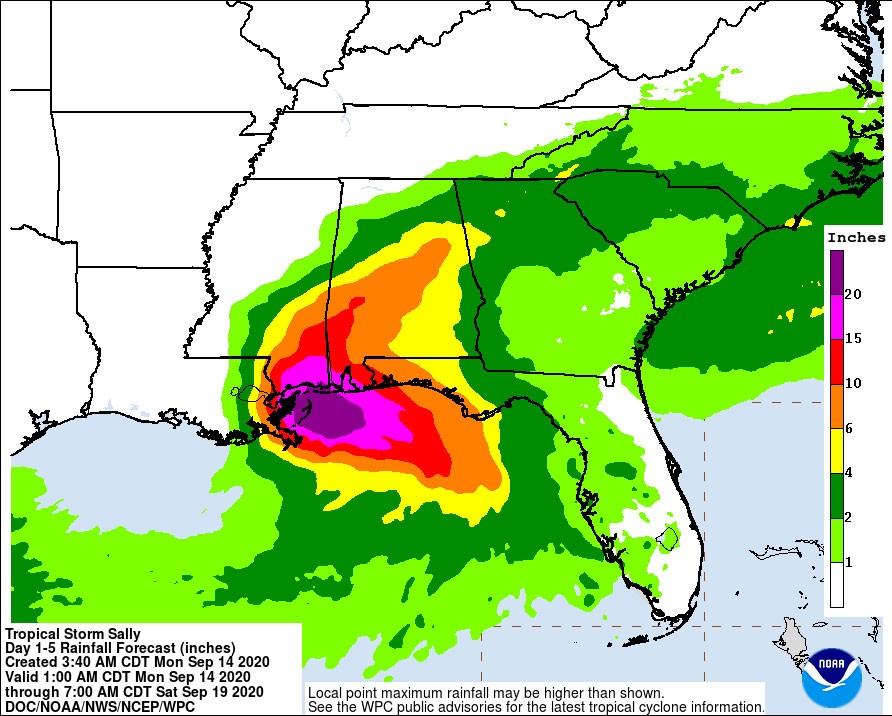