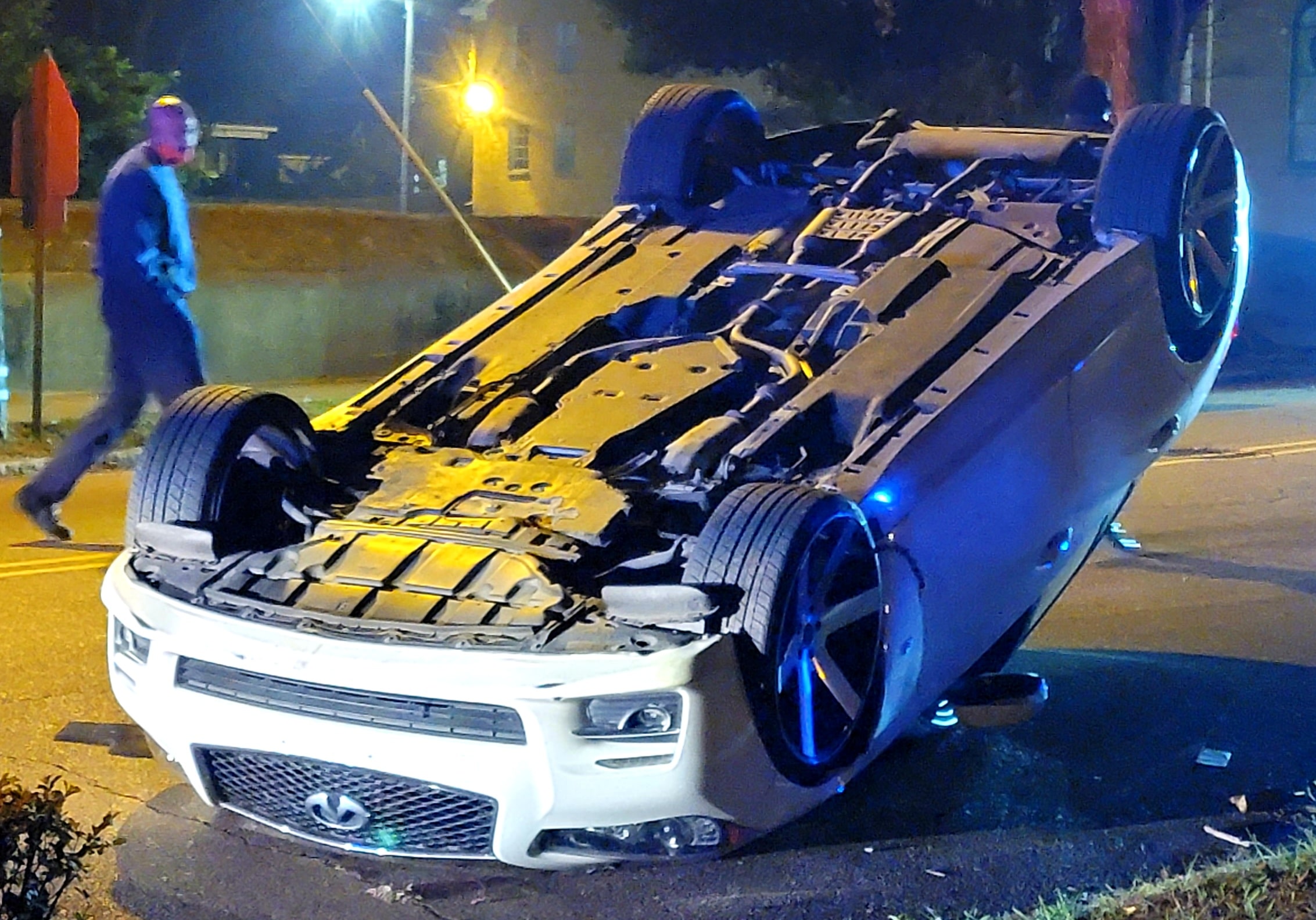 A white Infiniti Q50 rolled over onto its top after hitting a tree on Bowmar Avenue.

At 11:05 p.m. a report came in of a single-vehicle roll-over accident with entrapment at 718 Bowmar Avenue. The entrapment notification prompted a strong response from Vicksburg Firefighters and medics. An ambulance along with Engine 7 and the Rescue unit all responded to the scene of the accident. 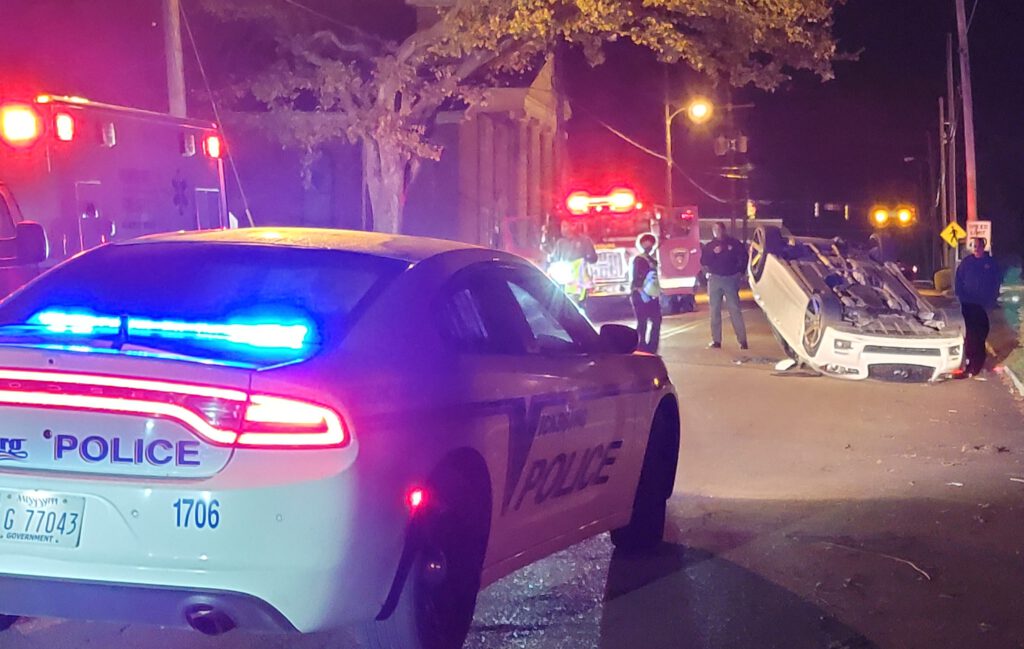 The scene of the rollover accident on Bowmar Avenue. Photo by David Day

The first vehicle on the scene reported there was no entrapment. There was also no driver. Whoever was involved in the accident “started walking away,” according to an eyewitness who didn’t want to be identified.

A few minutes later family members showed up at the scene of the accident and identified the probable driver as their male relative, a former member of the military.

Law enforcement officers took control of the scene and an investigation is underway. 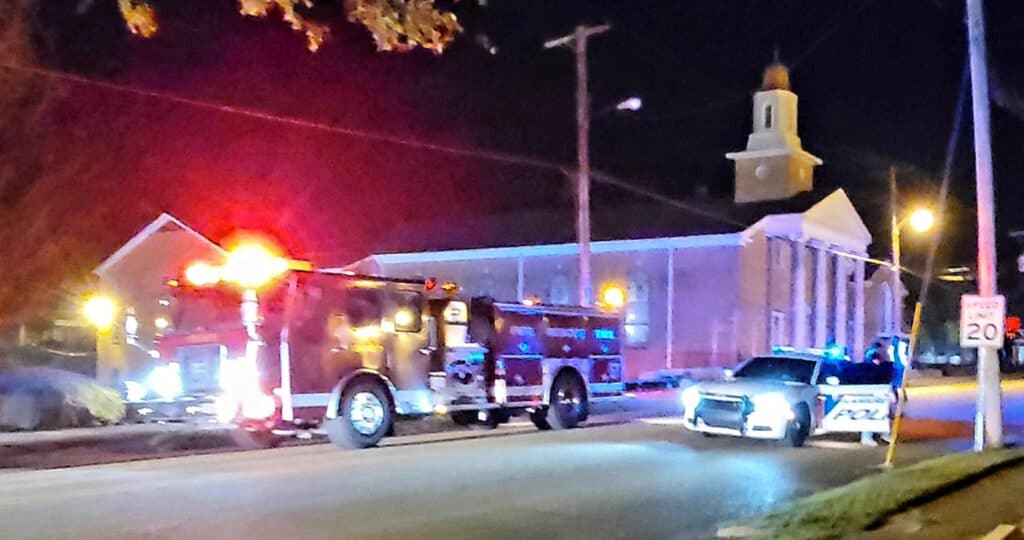 Travelers Rest Church is the backdrop for the accident on Bowmar Avenue. Photo by David Day