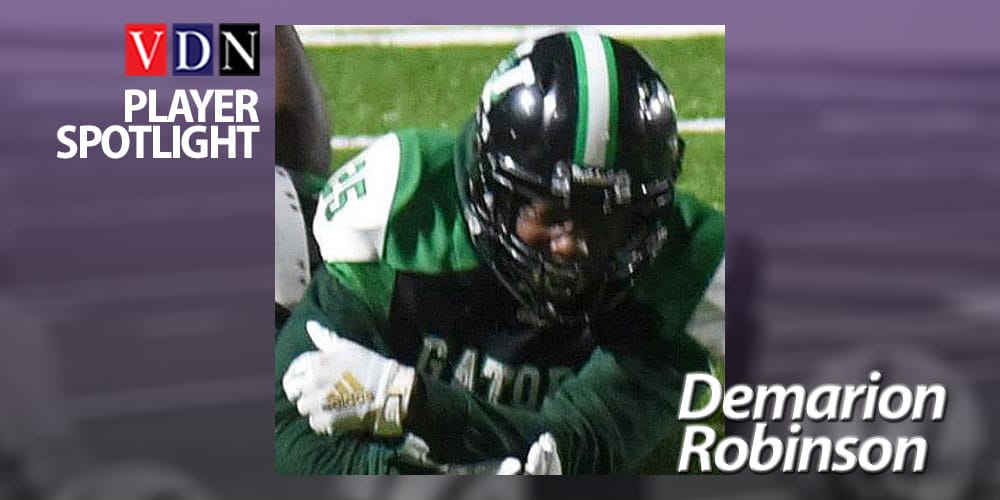 Vicksburg High School football player Demarion Robinson finished his junior season in 2020 as one of the best players on the Gators’ defense.

Robinson played linebacker for the Gators under head coach Todd McDaniel, and he helped Vicksburg reach the first round of the playoffs. He was under the direction of defensive coordinator Chris Lacey who trusted Robinson to help make big plays for the Gator defense.

Robinson finished the season with 44 tackles along with five sacks as he consistently put pressure on the opposing team’s quarterback.

Robinson didn’t get a tackle until the fourth game this season, when he had a breakout performance against South Pike High School. He managed to grab 10 tackles in the 23-22 victory which would be the first of many great games for him.

Now that the Gators season has ended, Robinson is now in offseason training and preparing for his senior season in the fall.