The atmosphere at River City Early College today was all party and pep rally as the Vicksburg Warren School District celebrated the school being named as the first high school in the world to be named a Leader in Me Lighthouse School.

A lighthouse is a tower containing a beacon light to guide ships at sea, but lighthouse has a new and different meaning in the Vicksburg Warren School District. The students at the five Lighthouse Schools in the district shine a beacon of light within themselves to be great leaders in the community now, in hopes of carrying their leadership skills throughout their life and career.

The celebration had everyone out of their seats.

“This is a big, big deal because it takes those principles of Leader in Me all the way in schools from a pre-k, kindergarten level up to the high school students who are about to be leaders in our community as adults,” said Kelle Barfield, Warren County District 5 supervisor and Vicksburg Warren Chamber of Commerce board member.

The Vicksburg Warren Chamber of Commerce-led initiative was put into place after the chamber’s former director learned about Franklin Covey Leadership Training.

“We knew back in 2010 at the chamber we needed to implement something to further Vicksburg, and we thought, ‘What better way to do that than to do something in education,’” said Brother Blackburn, former president of the Vicksburg Warren Chamber of Commerce. “It just so happened that our director at the time, Christi Kilroy, went and heard about Leader in Me and came back so excited. We knew then that this was something for us to act on.” 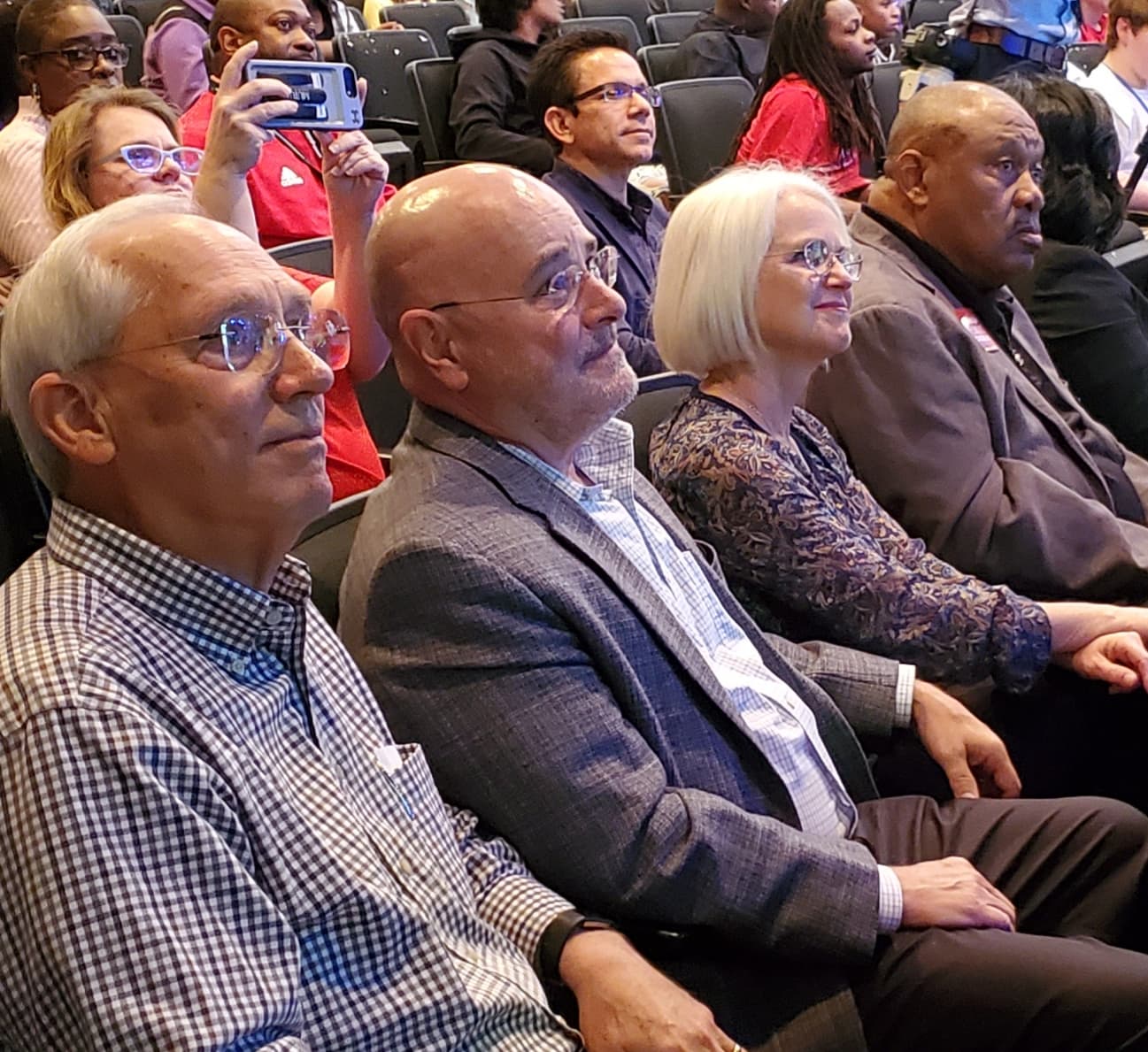 With Blackburn’s vision, he knew he had to have the funds to implement such a large project.

“I brought this guy in,” Blackburn said, pointing to business owner Bob Morrison. “Together, we went to lots of businesses throughout Vicksburg to see if they would be interested in partnering with us and bring this program to Vicksburg, and not one business said no.

Leader in Me rolled out as a part of The Vicksburg Warren School District curriculum for elementary schools during the 2012-2013 school year. The effects were so compelling the program expanded to VWSD local junior highs and high schools.

Pablo Diaz, president and CEO of the Vicksburg Warren Economic Development Partnership, said an accomplishment like this is what businesses look for in a community before making an investment.

“This is going to be an easier sale, if you will, in terms of the quality of workforce that we are preparing for employers,” Diaz said.

The Big Blue Band got into the action at today’s celebration at River City Early College.

What is a Leader in Me Lighthouse school?

The Lighthouse Certification is a highly regarded standard set by FranklinCovey that is attainable by every Leader in Me school. As it is a significant benchmark, applying for this certification typically occurs four to five years after a school begins the Leader in Me process.

The certification is evidence that schools have produced outstanding results in school and student outcomes, by implementing the process with fidelity and excellence. It is also because of the extraordinary impact that the schools may be having on staff, students, parents and the greater community.

Mississippi Secretary of State vows to protect the vote Tuesday