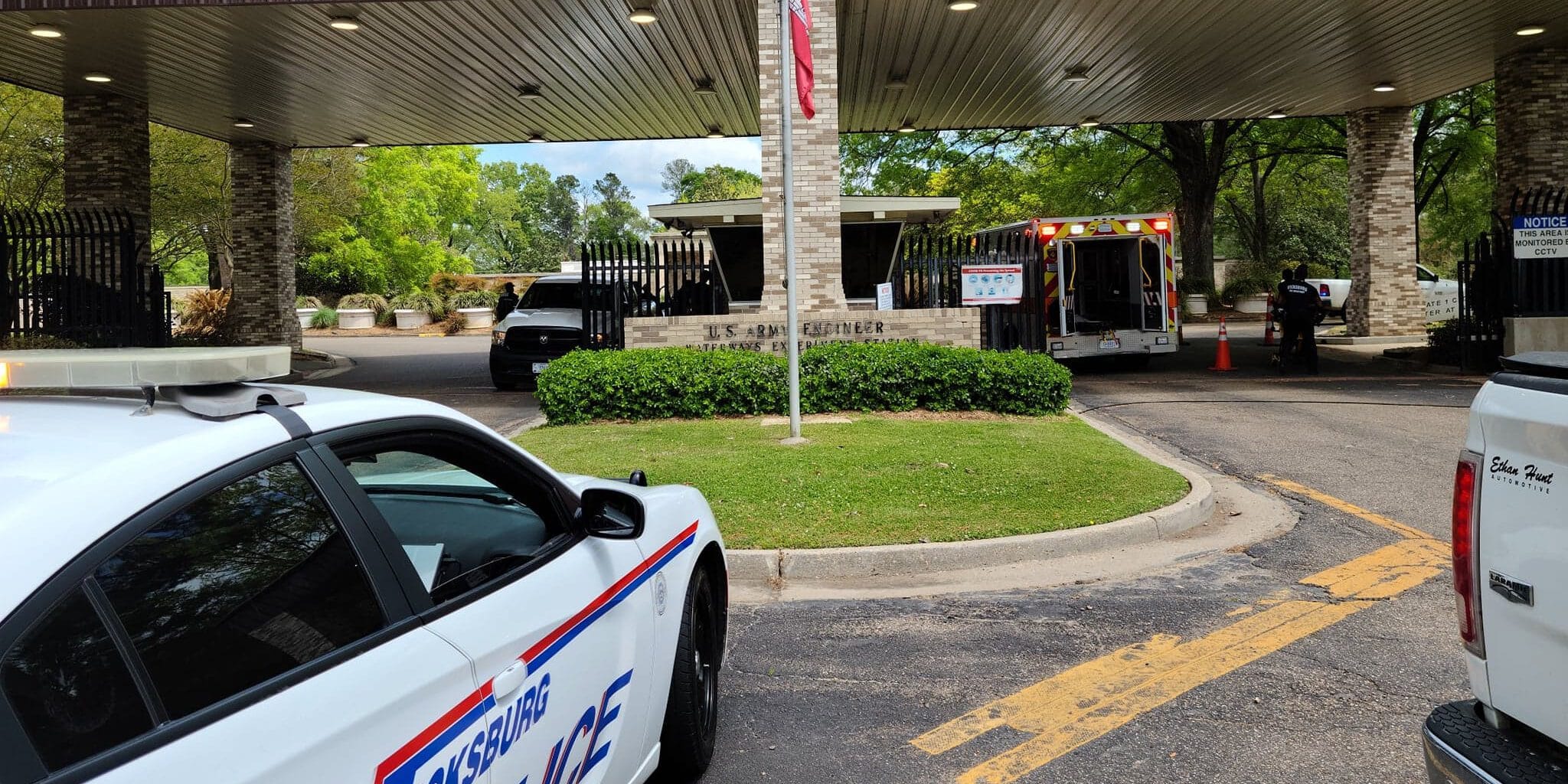 Police and emergency workers respond to reports of a person pinned by a vehicle at the U.S. Army Engineering Research and Development Center on Halls Ferry. (Photo by David Day)

Rescue workers and police responded to a call at the U.S. Army Engineering Research and Development Center (ERDC) on Halls Ferry. 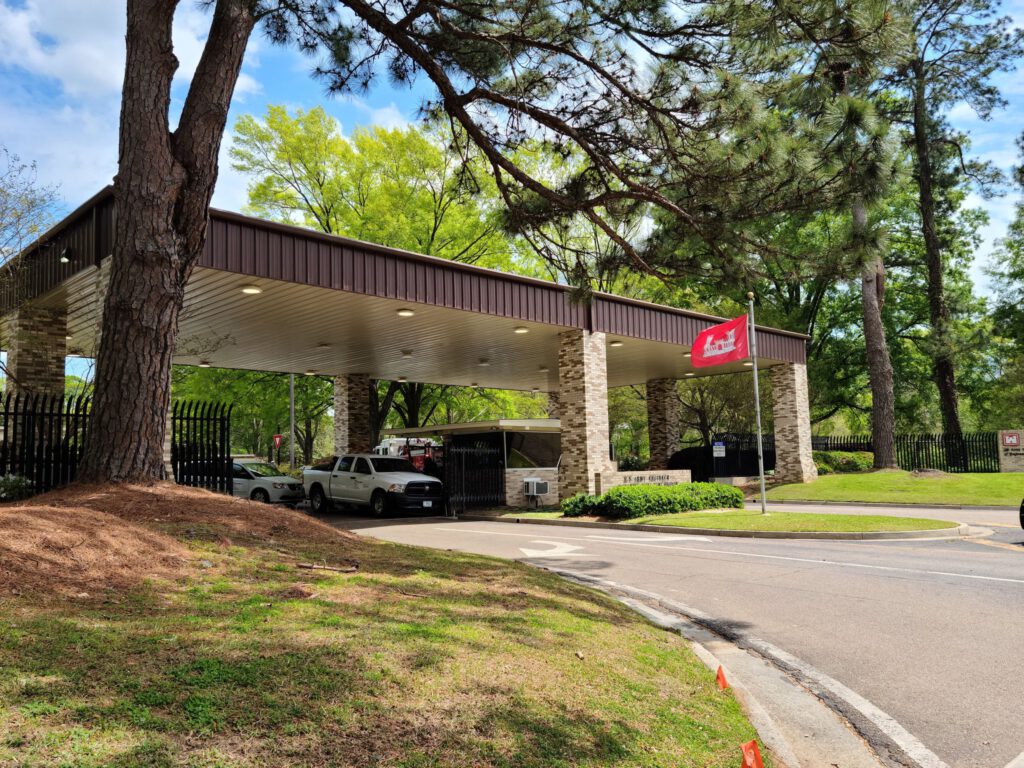 The victim was pinned between their vehicle and the gate. (Photo by David Day)

The initial call stated a person was trapped between two concrete walls and a vehicle.

Police and rescuers responded to the call and found a gate worker pinned between their vehicle and the gate. Reports are that the vehicle they were in somehow slipped out of gear and pinned them.

The person was rescued from their entrapment with non-life threatening injuries.