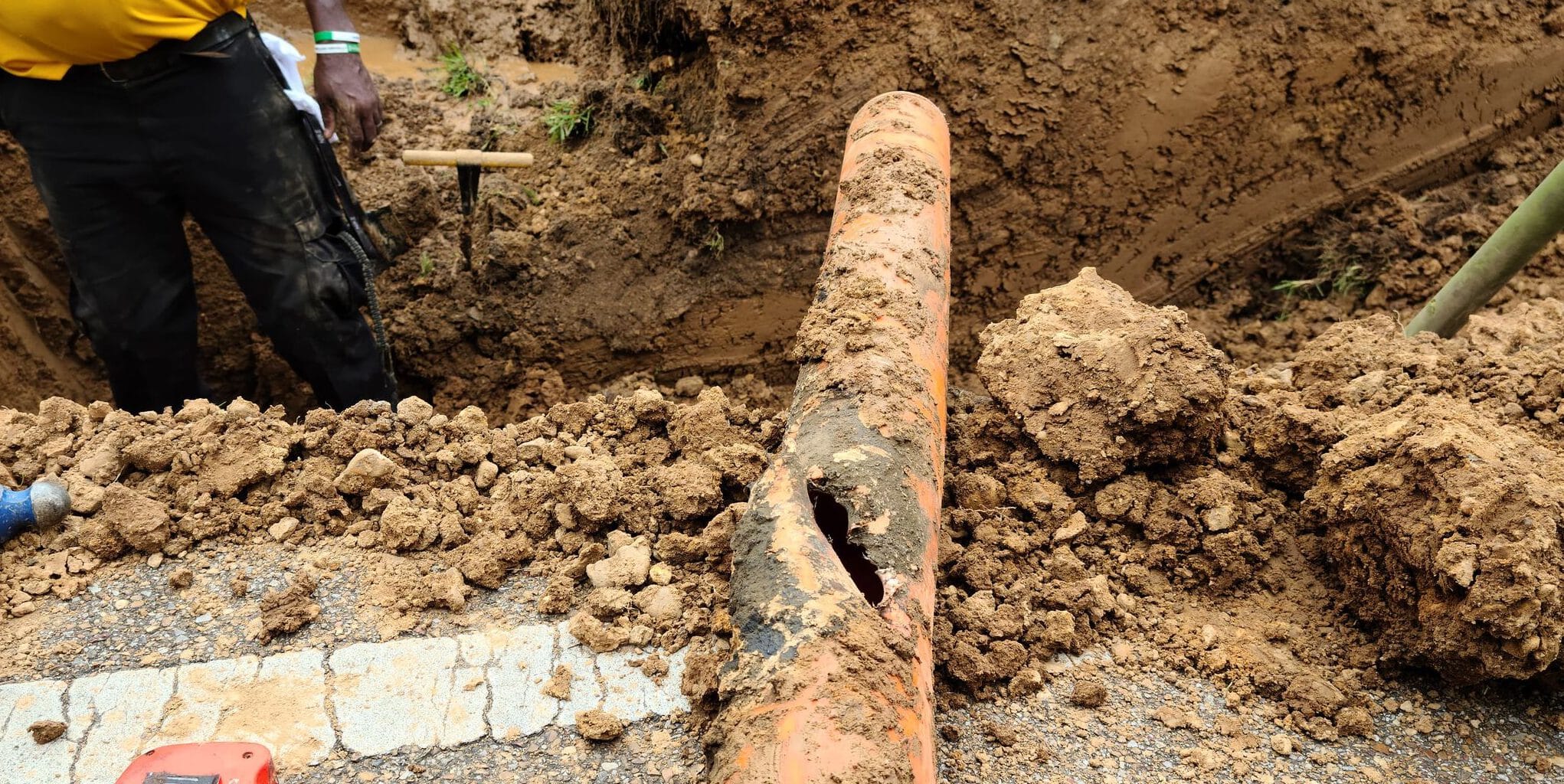 A gas line was struck on Wisconsin Avenue on Tuesday. The resulting damage was due to unmarked lines. (Photo by David Day)

Repairs are almost complete at a gas line on Wisconsin Avenue. 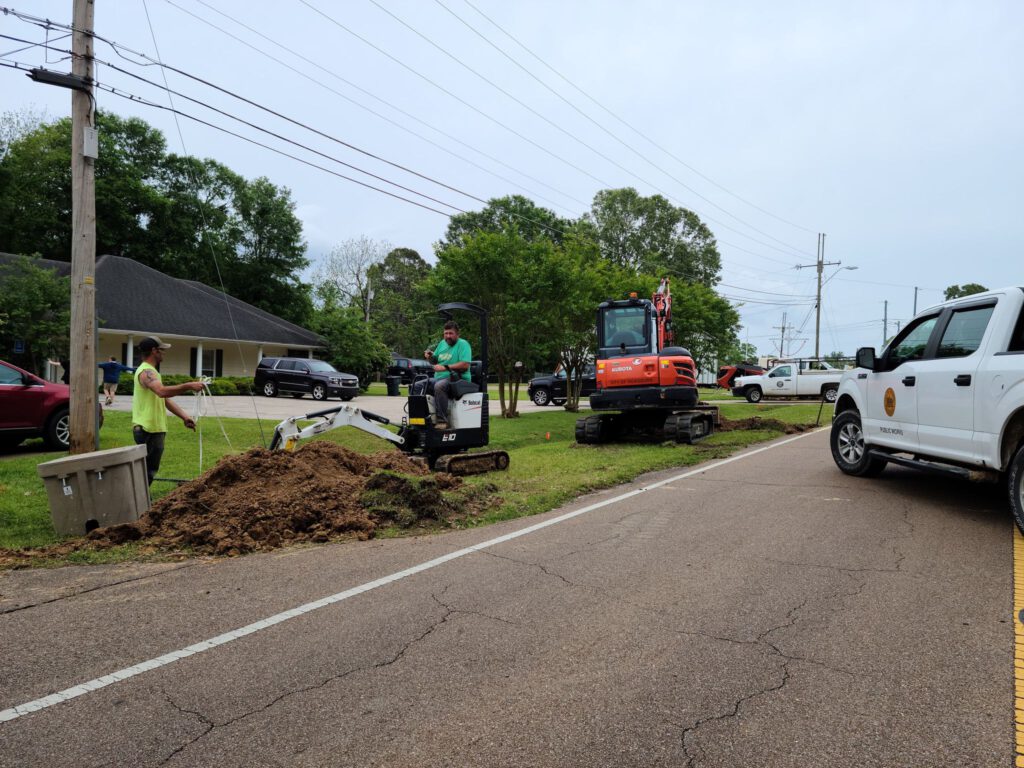 The smell of gas still lingers in the air, as crews work the area. (Photo by David Day)

Wisconsin Avenue, at Bazinksy and Manor Drive, suffered a gas leak when a crew inadvertently struck the pipe.

The gas was not shut of prior, and was effectively “shut off” as quickly as possible by crimping the pipe. 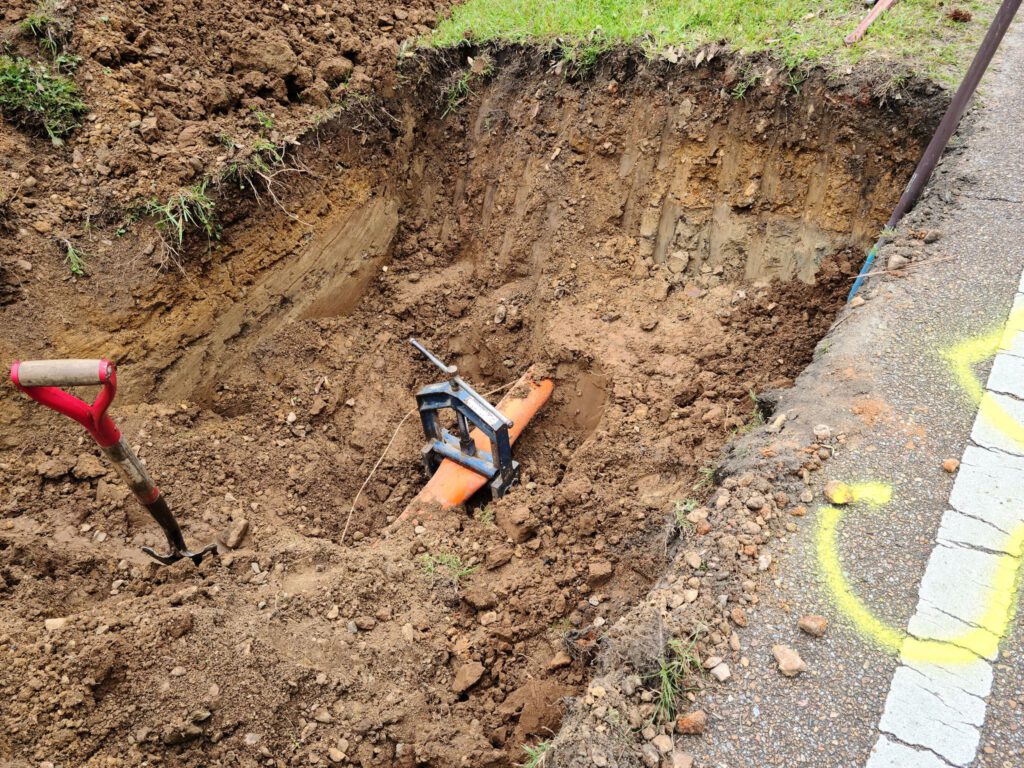 The pipe was crimped in an attempt to stop the flow of gas. (Photo by David Day)

The crew had called the number to ensure no lines were hit while digging, however the ones who were supposed to mark the gas lines did not.  This resulted in a 4-inch gas line being struck.

The area will be recovered shortly. Reports of a heavy gas odor still linger in the area.