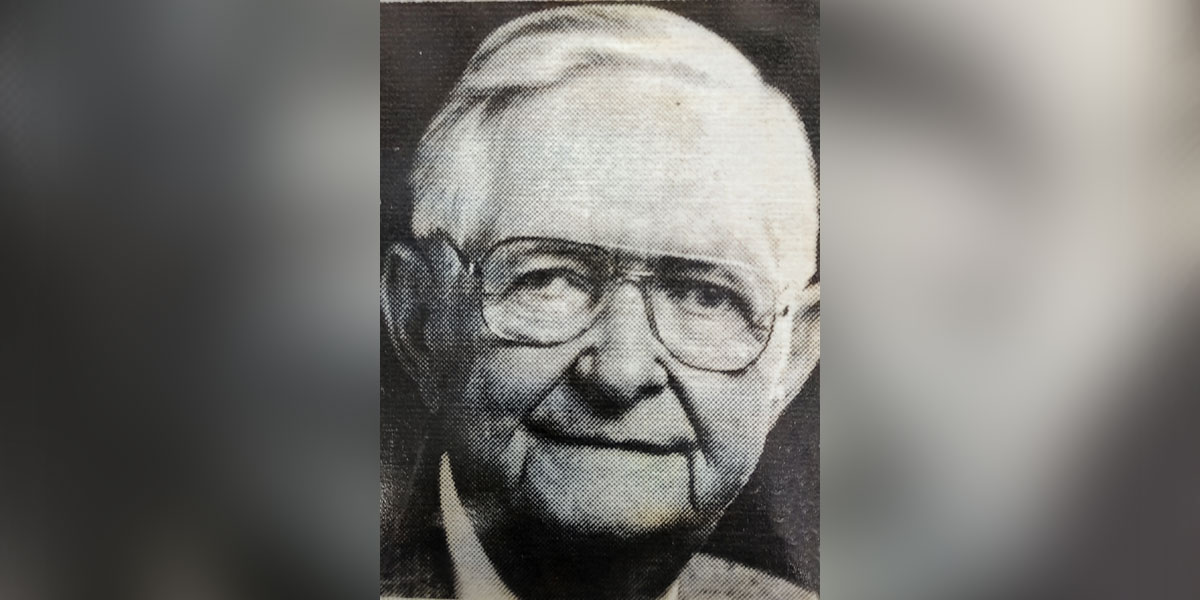 Friday, Oct. 16, was or is (depending on when you read this) National Boss’s Day, and it caused me to reflect on some bosses I’ve had but especially on the best one.

From the time I was a little boy, I knew that Charlie Faulk was special. Country folk, before the days of paved roads, rural phones, electric lights or indoor plumbing, were mighty proud of one of their own who made something of himself.

He was born near Redbone, Mississippi, to Charles and Alice Hullum Faulk and grew up between Glass and Yokena, went to school at Jeff Davis and Jett, went to church at Wayside, and in 1935 traveled the gravel road that became U.S. Highway 61 to Vicksburg.

He found his niche at the Vicksburg Evening Post and for more than half a century — 55 years, I think — he was on the newsbeat in Vicksburg, much of that time as managing editor. You might say he swapped his overalls for a coat and tie, but Charlie Mitchell said it best: “He never forgot his country connections and those growing up years where he learned the values that guided him through life — hard work, honesty, fairness and compassion. He sometimes reflected on those earlier years with a nostalgic longing for a simpler life, yet he would not have traded his career for any other. At the end of a half a century as a newsman, he reflected that it had been ‘America at the grassroots. The greatest 50 years of all time, in the greatest profession of all time. I call it life in the fast lane. Life on the wide screen. Three dimensional.’”

One of his greatest traits was his love of (and sometimes patience with) people. He respected each as an individual, not a statistic, though those he met ranged from presidents and governors to factory workers and sharecroppers.

He could detect when someone had a spark for journalism. He said the spark had to be there before one could start a fire. He encouraged anyone who had bent toward a career in the news business.

He gave me my first break in a published piece for which I was paid when I was about 16. It was a story in The Progressive Farmer magazine about the Jeff Davis Community Center. He willingly took time to come to the country and with his bunglesome old Speed Graphic Camera, took photos to illustrate my story — all without charge, I might add.

He started me on my career at the typewriter by encouraging me to go to junior college in Summit where I could work part time at the Sunmit Sun, and “where you’ll learn more in one summer from Mary Cain than you will at Ole Miss all year,” he told me.

Many years later, after I’d held various jobs in the newspaper world, he called and asked if I could run the Saturday night desk that put out the Sunday paper until he could get someone. That was in October 1965.

Ten years later he got someone else for the job when I was offered the post as director and curator of the Old Court House Museum.

I’ll never forget his reaction. I had not sought the job, but it was offered to me, and Charlie said if I was going to leave the Post, he didn’t know of any other place he’d rather see me go than to the museum.

My relationship continued with the newspaper as I wrote a Sunday column, usually about local history, for more than 30 years.

Working for a daily paper means hours both long and sometimes weird, because news doesn’t happen on an 8-to-5 schedule. No newsman wants mistakes in the newspapers — that’s what proofreaders are for — but sometimes bloopers will slip past. If they are not serious, what do you do? You laugh along with your readers.

I remember a few that made Charlie laugh, such as the story of the Italian ambassador who spoke to a local club about “the high cost of’ loving in Rome” — or maybe it wasn’t a mistake!

One booboo was in an obituary for someone being buried at St. Paul Catholic Church. An “r” was printed instead of an “f” in the “Mass or the resurrection.” Faulk said he wasn’t going to miss that funeral, and he was taking his camera.

It was late on a Saturday night when Charlie put a headline on a story saying that Fred Jacoby had died. On Sunday morning as Charlie approached the First Presbyterian Church, who was standing on the porch waving the paper but Fred Jacoby! He had retired, not died. Fortunately, Mr. Jacoby thought it was funny.

Charlie told me once that readers would forgive you for almost anything except getting their names wrong.

Some items in print were funny but not mistakes. He relished the story from Tensas Parish — the headline read “Man Drowns In Waterproof Lake.” (In case you don’t know, Waterproof is the name of a town).

He was also good at his own quips. One Friday afternoon a fellow reporter, Dot Steen, was lecturing me on the benefits of marriage, one being that “Married men live longer,” to which Charlie replied, “No. It just seems that way.”

At his desk he gave needed attention to stories that today’s TV anchors call “breaking,” such as the Clear Creek Bridge collapse in 1939 where a number of people drowned. Or perhaps it was a political rally at city park or the annual chicken and spaghetti supper at Jett High School.

For several years, he wrote a Sunday feature, “Neighborly Yours,” where he borrowed events from the past — some serious, some humorous, most personal. He often wrote of people who never sought recognition but should be celebrated. He might write seriously of the cyclone at Yokena or of Mr. Massie who “Grew Hay, Minded His Own Business” or of Jim Houston, “A Man Who Transcended Racial Lines.”

He could take a mundane event such as how his Uncle Romey waved or how Grandpa Faulk shaved, or the story of how he disappointed his mother on Mother’s Day and create a story that captivated his readers.

To me, his best was about a little boy at Christmas, waiting and watching for Santa, but finally falling asleep only to be awakened when Santa’s whiskers brushed against his face. Some said it was only the cat’s tail, but the child knew better because the next morning there was the red wagon he had wished for. The little boy was Charlie Faulk.

Charlie received his share of accolades, but he never took time to bask in the glory. It was his work that primarily won the Pulitzer Prize for The Vicksburg Evening Post, but he treasured most the honors that came from the readers, for he was a wordsmith, and they loved his way with words.

With the typewriter and a camera, he captured in print and on film images of life in the South, especially Warren County.

He usually had a smile on his face which reflected his warm and friendly personality and also a delightful sense of humor. He was always kind and understanding. He was the kind of boss everyone on the staff was eager to please.

Shortly before his death on March 30, 1990, he talked to me about life and the quality of life. Just being alive didn’t make life worth living.

Charlie Faulk certainly made my life better, and I’ll always love him for it.

I never had a better boss.