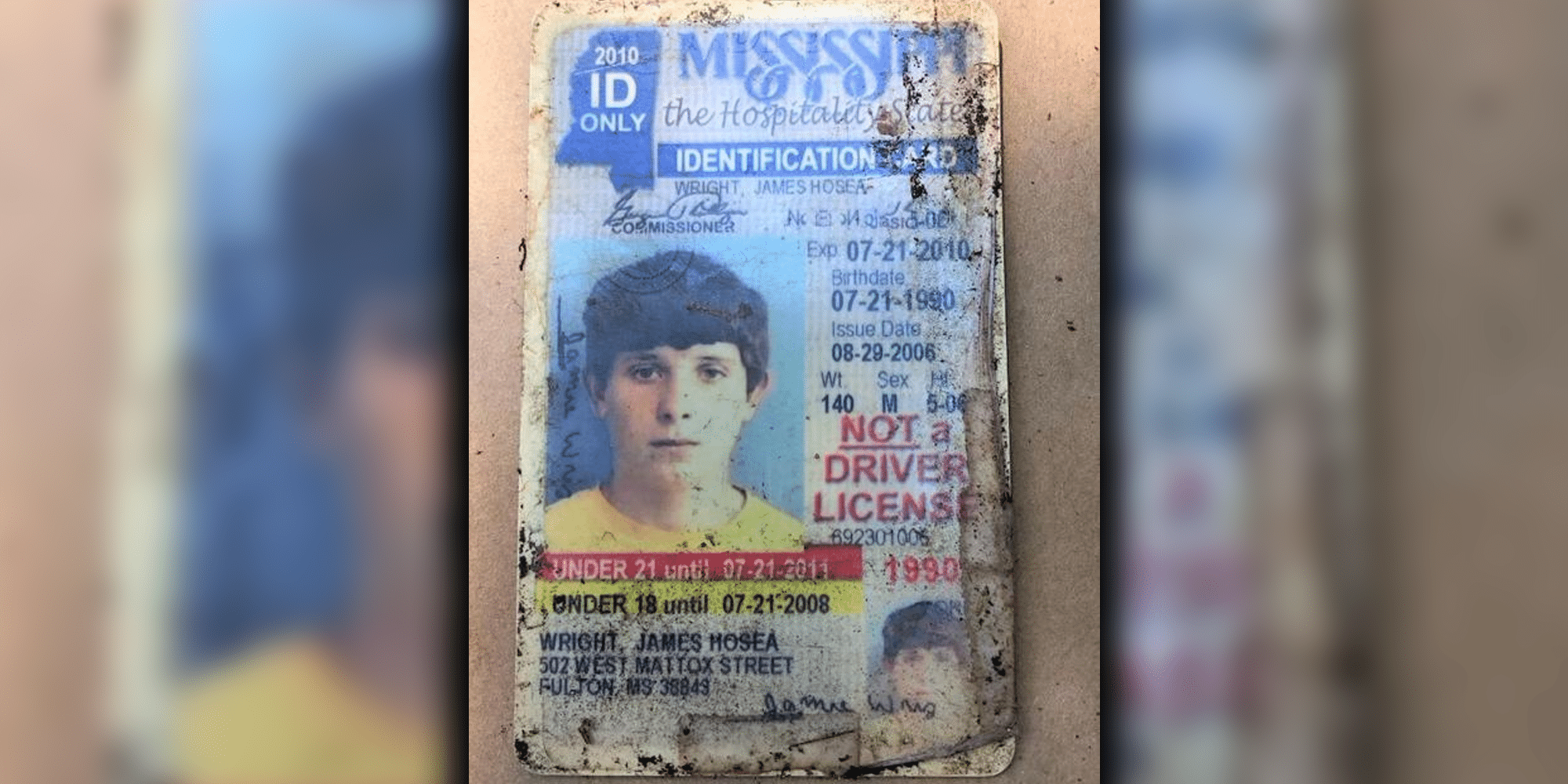 The ID of Jamie Wright was found near the skeletal remains which was discovered by Mississippi Loggers (Source: Itawamba County Sheriff's Department)

A logging crew in Itawamba County discovered the remains of Jamie Wright, who went missing in 2008.

According to a report by WLBT, Mississippi loggers discovered the remains of Wright on Tuesday. According to Itawamba County Sheriff Chris Dickinson, the bones were lying in the open and not hidden from view.

The State Crime Lab in Pearl took possession of the bones.

Wright went missing in Tremont during Thanksgiving week in 2008.