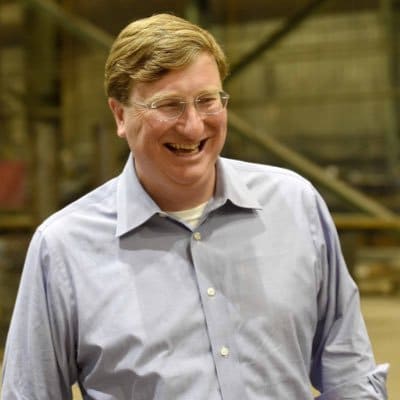 Jonathon Tate Reeves, 45, was sworn in this morning as Mississippi’s 65th governor.

Reeves succeeds fellow republican Phil Bryant, who served two terms as governor. Reeves was the state’s lieutenant governor for eight years under Bryant. He also served as the state’s treasurer for two terms.

The inauguration, scheduled to be an outdoor event, was moved inside the Mississippi Capitol building in Jackson due to inclement weather.

Warren County first responders made a water rescue this morning