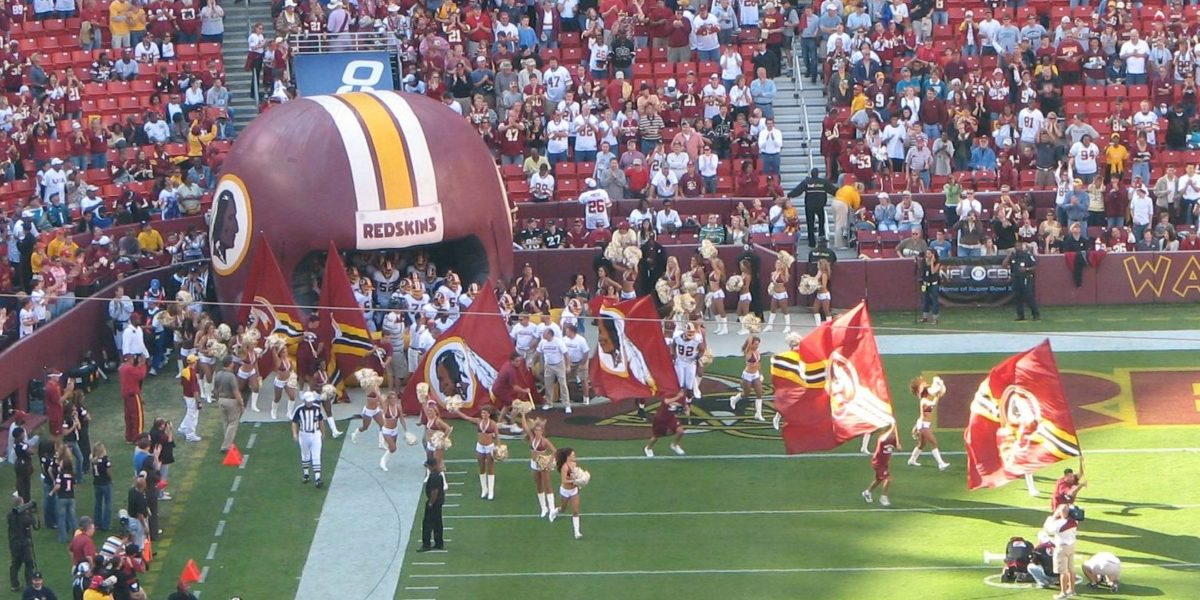 The Washington Redskins will not be able to move to a different location until they agree to change the team name.

The team is looking to move to RFK Stadium in Washington, D.C., but the move has been put on hold and many officials support it.

“I call on Dan Snyder once again to face that reality, since he does still desperately want to be in the nation’s capital,” D.C.’s nonvoting House Rep. Eleanor Holmes Norton told The Washington Post. “He has got a problem he can’t get around — and he particularly can’t get around it today, after the George Floyd killing.”

“There is no viable path, locally or federally, for the Washington football team to return to Washington, D.C., without first changing the team name,” he told the paper.

The Redskins now play in Landover, Maryland, where they have been since 1997. While the name has long been the subject of controversy because of its racist connotations to Native Americans, it came back in the spotlight after the death of George Floyd in May.

“In light of recent events around our country and feedback from our community, the Washington Redskins are announcing the team will undergo a thorough review of the team’s name. This review formalizes the initial discussions the team has been having with the league in recent weeks.

“This process allows the team to take into account not only the proud tradition and history of the franchise but also input from our alumni, the organization, sponsors, the National Football League and the local community it is proud to represent on and off the field.

“This issue is of personal importance to me and I look forward to working closely with Dan Snyder to make sure we continue the mission of honoring and supporting Native Americans and our Military,” added the team’s head coach Ron Rivera.

“We believe this review can and will be conducted with the best interest of all in mind.”