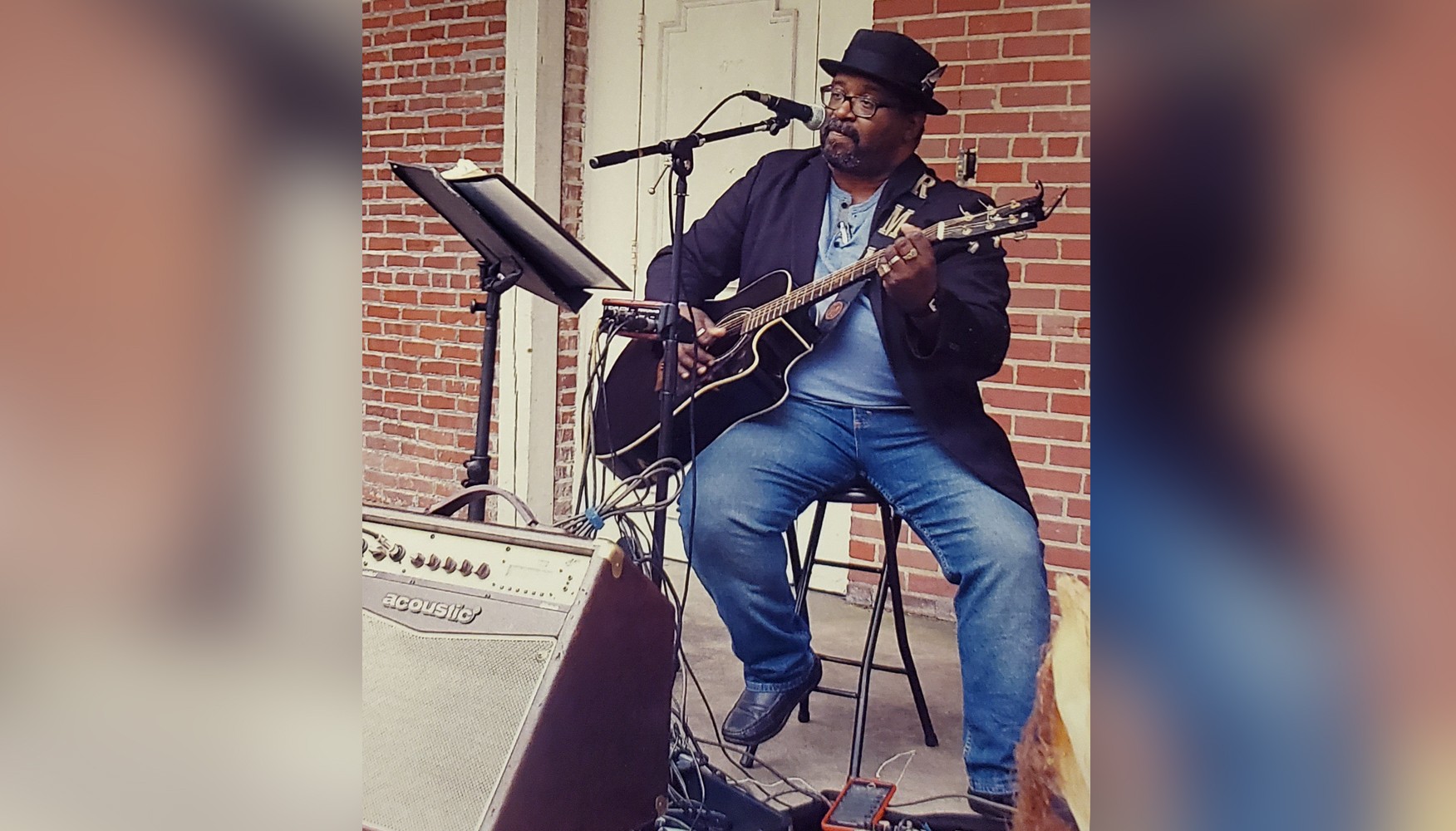 Ralph Miller taught himself to play the guitar. He is a one-man show who sings music from the '60s, from easy listening to soft rock.

He had a guitar, and he was a black man, so I expected to hear some blues.

Instead, I heard a voice that sounded a lot like Canadian Gordon Lightfoot.

Ralph Miller is a one-man show, playing and singing songs, many of them from the ’60s. And that does include some blues.

Born in Vicksburg 53 years ago, he lives in the house where he grew up with seven sisters and brothers. His interest in music was a natural, for his mother sang in the church choir and his father, though not a musician, loved all kinds of music, from Hank Williams to B.B. King.

“If it sounded good, he liked it,” Ralph said of his father.

Ralph was 12 when he sang his first solo at a public performance. It was a school function, and he sang “Elvira.”

In high school, he was in the choral group, The Rainbow Connection, and in the male quartet he sang second tenor (though he is a baritone).

He graduated from Vicksburg High School where Kathy Wilkinson was his music teacher. He later attended Hinds Community College, majoring in public relations.

Ralph was 19 when he decided he wanted to play the guitar so, with a book on how to play, he taught himself. He recalled that it took about two years.

He chose the guitar, he said, because he could easily accompany himself.

He began performing in August 1990 when he was discovered, so to speak, while working part time at a club in Jackson. He had his guitar, and the band leader asked him to sing a few songs. Some patrons heard him and suggested to the owner of the former Shucker’s Oyster Bar in Jackson that they hire him. That was his first gig.

Ralph said he has enough songs in his repertoire to last from three to four hours. His personal favorite song is “The Wreck of the Edmund Fitzgerald” by Gordon Lightfoot, “but I like all good music,” he said.

Ralph has written several songs including “Autumn Leaves Falling,” “Bottom of the Bottle” and “Mississippi Moonlight.”

He describes his music as easy listening or soft rock, and when he performs, he picks songs at random but tries to get the feel of what the audience wants to hear.

He performs all over the state and has recently appeared four times at the Mississippi State Fair, played at the Natchez Balloon Festival and at Classics in the Courtyard at the Southern Cultural Heritage Foundation. This past weekend he was scheduled to play in the Porch festival in historic Fostoria in Vicksburg.

Shonna Morton-Hubbard: ‘If you want something then you have to work for it’