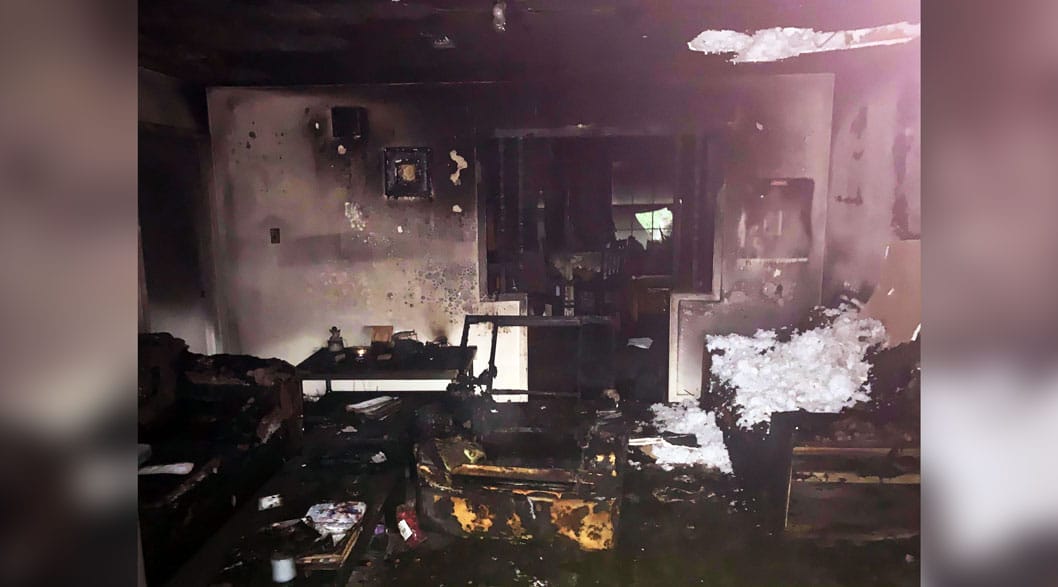 County Fire Fighters were dispatched to 2049 Heather Place off of Freetown Road at 5:07 a.m. Wednesday for a residential structure fire.

Upon arrival, firefighters encountered the homeowner attempting to battle the blaze with a garden hose, according to Warren County Fire Coordinator Jerry Briggs.

Briggs credited early responding units with a quick knockdown of the fire, which appears to have originated in the living area and spread into an adjoining kitchen.

Briggs said excellent teamwork saved the structure from being a total loss, as firefighters confined the fire and kept it from spreading to adjoining bed and bath areas. The team included Culkin Chief Lamar Frederick (CF-210) along with firefighters Shane Greene (CF-250), Joshua “BB” Reeves (CF-231), and Josh Davies (CF-320)

Briggs said the cause of the fire is under investigation. He added that the homeowner does have insurance and there were no injuries.