The last thing anyone thinks about during an emergency is the cost of getting a severely injured patient to a hospital that can provide life-saving care.

When it comes to services such as air ambulances, however, saving a life could cost the victim and their family tens of thousands of dollars.

The only level one trauma center in the state is at the University of Mississippi Medical Center in Jackson. For Vicksburg and Warren County—all Central Mississippi, in fact—the fastest way to get a patient to UMMC is by AirCare helicopter ambulance, a service that most health insurance plans cover, at least to some extent, when those services are in-network.

Of course, emergency patients are rarely able to ask whether an ambulance is in their insurance network or to demand that service be provided only by those that are in-network. Ambulance services, at the same time, don’t limit responses to patients whose insurance includes them.

For AirCare trips, it may be irrelevant in every case. In May, UMMC is changing its vendor for AirCare, reports WAPT, and the new vendor, Med-Trans, is out-of-network for every private health insurance provider in Mississippi.

“We’re currently working with our partners at UMMC to negotiate an agreement with (Blue Cross Blue Shield),” Med-Tran’s Robbie Copeland told the station.

About two-thirds of air ambulance trips in 2017 were out-of-network, a 2019 Government Accountability Office report revealed, much higher than ambulance trips in general. Bills to cover the difference between what insurance pays and the total bill, called balance billing—or more popularly “surprise” billing—can threaten patients’ bank accounts.

“Privately-insured patients transported by air ambulance providers outside of their insurers’ provider networks are at financial risk for balance bills—which … are for the difference between prices charged by providers and payments by insurers,” the report’s authors wrote. “Any balance bills are in addition to copayments or other types of cost-sharing typically paid by patients under their insurance coverage.”

An air ambulance trip averages about $36,400, the GAO report states. Of 60 complaints the authors reviewed, all but one complained about balance billing in excess of $10,000.

The high end of the balance billing complaints was $66,000. In one example from North Dakota, the air ambulance provider charged $41,400, and the patient’s insurer paid only $6,700, leaving a balance of approximately $34,700.

The Mississippi Department of Insurance says on its website that the average air ambulance trip is 52 miles, about the distance from Vicksburg to Jackson, and costs between $10,000 and $25,000.

Copeland indicated that Med-Care will work with patients to help them if their insurance denies their claims.

“Generally, officials from air ambulance providers we spoke to said that they first encourage patients to appeal to their insurers for increased payment,” the GAO report states. “If these appeals do not fully address the balance bill, the providers may offer various payment options. For example, officials from one air ambulance provider said that it offers a discount of up to 50 percent off the balance bill if the patient pays the remaining 50 percent immediately.”

Even with discounts, however, a patient can still be on the hook for tens of thousands of dollars.

On the national level, Congress is making an attempt to rein in balance billing, which can affect all kinds of hospital services, not just ambulance services. Doctors, hospitals and insurers—including air ambulance services—pushed back to protect their bottom lines against bills proposed in 2019, effectively killing the legislation, and their political action groups are donating heavily to 2020 campaigns.

The latest draft bill from the House Ways and Means Committee released earlier this month does not propose to ban balance billing from air ambulance providers, only to require reporting of cost data. 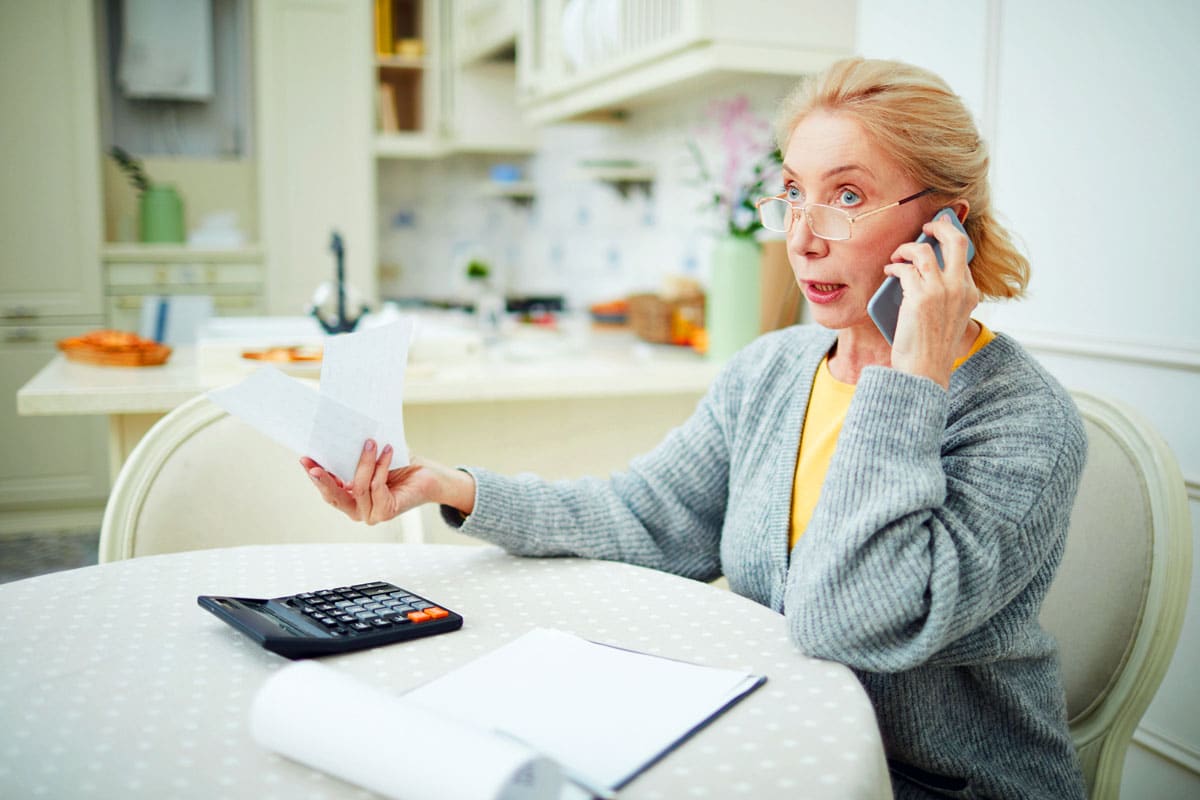 Leaders of Merit Health River Region recently announced the availability of a toll-free helpline designed to help Medicare beneficiaries select a health plan that fits their needs and budget.

The free helpline connects callers with licensed agents who can assist in comparing traditional Medicare, Medicare Advantage, Supplement and Prescription plans, and then facilitate enrollment in the plan selected. Through this program it will be easier for Medicare beneficiaries to find a plan that is best for them during Medicare annual enrollment from Oct. 15 through Dec. 7. Licensed insurance agents are available at no cost or obligation to help consumers find a Medicare plan that meets their health care needs.

“Consumers are bombarded with confusing messages from competing health plans and options — and this is especially true for those just turning 65 and becoming eligible for Medicare for the first time,” said Ben Richaud, chief executive officer of Merit Health River Region. “This helpline is a one-stop resource for insurance information, so individuals can be confident in the selections they make.”

Not owned or managed by any Medicare insurance company, MedicareCompareUSA’s mission is to provide individuals the unbiased information they need while simplifying the enrollment process.

In addition to providing assistance throughout the plan application and enrollment process, agents of MedicareCompareUSA can provide an annual review of an enrollee’s Medicare coverage during Medicare’s enrollment period. This often includes assisting members affected by Medicare plan network changes that sometimes occur. Doing so assures that beneficiaries have the information they need to proactively select a plan that best meets their specific needs, preferences and budget.

Richaud points out that Merit Health is not in-network with all insurance options or health plans, and contractual relationships may change over time. If a patient enrolls with a health plan that does not include the hospital in the network, their care and relationships with their doctors could be affected.

“Members of our community have been entrusting us to be their health care partner for many years, and that’s a responsibility and honor we don’t take lightly,” Richaud said. “This helpline will help those on Medicare make an informed decision regarding their insurance options at this important time in their life. We urge all eligible consumers to take advantage of this free service.”

The awards were presented at the ANR annual Smokefree Indoor Air Challenge and Voices for Smokefree Air awards ceremony.

The virtual awards ceremony was established by ANR to acknowledge and recognize states that excel in passing 100% smokefree provisions in workplaces, restaurants and bars. Mississippi has 171 smokefree cities with the passage of comprehensive smokefree air ordinances, 137 of which have ordinance that include restrictions on electronic cigarettes.

“The smokefree air policies implemented by these cities will protect all employees and customers in businesses and other public places from the harmful effects of secondhand smoke,” said Amy Winter, director of the Office of Tobacco Control at MSDH. “There is no safe level of exposure to secondhand smoke.”

In 2019, 14 Mississippi cities passed comprehensive smokefree air ordinances. At this time, 36% of Mississippi’s population is protected from the harmful effects of secondhand smoke and e-cigarettes.

“The adoption of these smokefree air ordinances by cities across Mississippi is an important step in improving our state’s overall health status,” Winter said. “We hope this activity at the local level demonstrates the widespread public desire for a comprehensive statewide policy.”

For information and resources about the dangers of e-cigarettes and tobacco products, visit www.healthyms.com/tobacco. For help with quitting visit www.quitlinems.com, or call the Mississippi Tobacco Quitline at 1-800-QUIT-NOW.

(Photo by by LuAnn Hunt from Pixabay)

Seasonal influenza vaccinations are now available for children and qualifying adults at all Mississippi State Department of Health county health departments. Flu vaccination is recommended for everyone 6 months old and older as the best protection against the flu.

“We recommend that all Mississippians get their flu shots every year, but especially this year with COVID-19. We don’t want to risk overwhelming our hospitals,” said MSDH State Epidemiologist Dr. Paul Byers in a statement.

Byers said flu season can occur as early as November and as late as March in Mississippi, but usually peaks anywhere from December through February.

Individual flu cases are not reported to MSDH, but the agency monitors flu activity through the ILI System, made up of health care providers in Mississippi who report the percentage of patients with flu-like symptoms to a statewide database. Providers participating in the system also submit respiratory samples for flu testing to the MSDH lab. State health officials use this information to determine the presence and spread of flu throughout the state.

“We recommend getting vaccinated now before we reach peak flu activity. Influenza vaccine is especially important for young children, pregnant women, those over 65 and those with underlying health problems,” Byers said. “Flu vaccination is the best way to protect both children and adults from serious complications such as hospitalization, and in many cases, death.”

Those 18 and under who are eligible for the Vaccines for Children program can receive a flu vaccination for $10. Insurance, Medicaid and Children’s Health Insurance Program is accepted for children’s flu shots. A list of all VFC providers can be found at www.HealthyMS.com/vfc.

Adults who are underinsured or uninsured and who meet certain high-risk criteria qualify for an adult flu vaccination at MSDH county health department clinics. Flu shots for insured adults are now widely available through private physicians, pharmacies and retail centers.

Flu symptoms include fever, cough, sore throat, muscle and body aches and fatigue. Most people recover from the flu without complications, but nationwide there are up to 200,000 hospitalizations from flu each year.

While vaccination is the best protection, basic infection control measures can also reduce the spread of flu and should be taken whether individuals are vaccinated or not. These measures include covering your mouth when coughing and sneezing, staying at home when you or your children are sick and washing your hands frequently. Wearing a face covering in public places offers additional protection against the flu.

Please call your local county health department to make an appointment for your vaccination.

For Vicksburg and Warren County residents, the Warren County Health Department is located at 807 Monroe St. in Vicksburg, and it is open Monday through Friday from 8 a.m. to 5 p.m. Call 601-636-4356 for more information.

To locate other county health department clinics or for more information on flu, visit the MSDH website.