Presley: 'What are they hiding?' PSC subpoenas AT&T for information 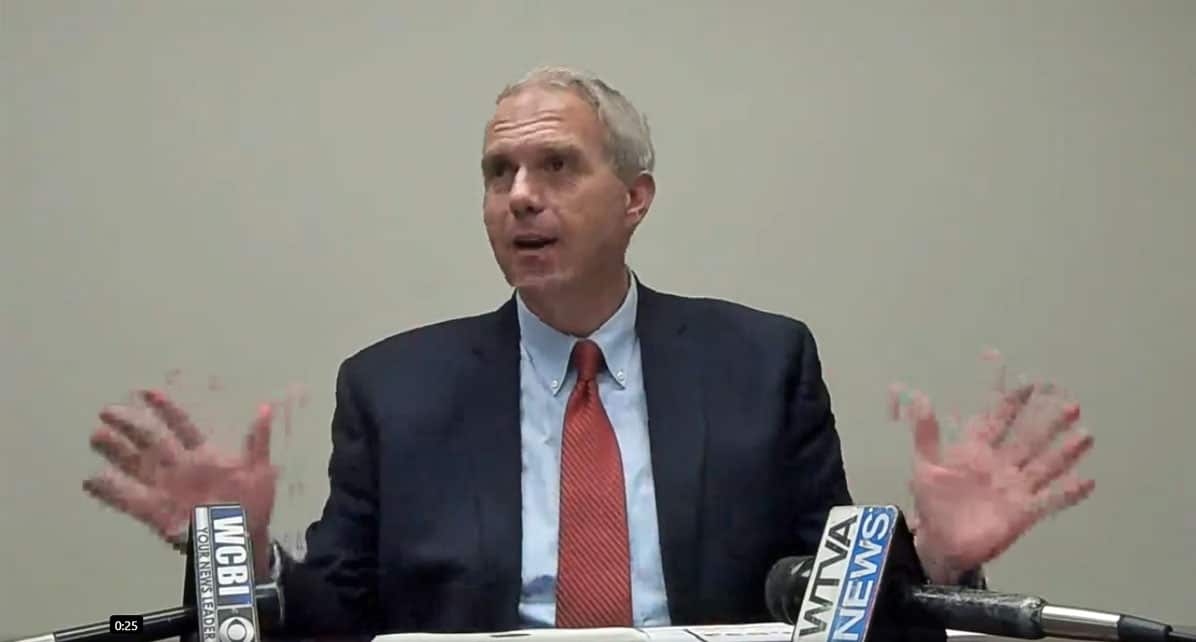 AT&T is being held to account for $284 million in federal funds to expand internet service in Mississippi.

Friday, Public Service Commissioner Brandon Presley issued a subpoena to force the multinational telecommunications giant to provide information on how effectively those funds have been spent. The move comes after his repeated requests for AT&T to provide the information voluntarily were flatly refused.

AT&T is among several telecom companies that have received billions in federal and state funds to provide internet service to rural areas of the country over the past decade to bridge the so-called digital divide. In February 2018, the company announced it had made internet available to more than 130,000 locations in Mississippi, about 70,000 locations through fixed wireless service in “unserved and underserved locations in parts of 61 counties.” Since then, it has claimed to have expanded fixed wireless services to 133,000 locations.

Presley asked AT&T to provide information on how many Mississippians have signed up for its services, information he says will gauge how effectively the company is in fulfilling its goals and how it is spending the federal funds. At issue is $284 million in funds designated specifically for Mississippi through the FCC’s Connect America Fund.

“They now have refused to provide this information,” Presley wrote in a Facebook post Wednesday. “These are taxpayer dollars that the PSC must certify. What are they hiding? You can bet I intend to find out. I will not sit idly by and see the taxpayers fleeced by any company that refuses accountability.”

The subpoena also demands the number of complaints filed with the company by customers who have taken the service and the number of residents who applied for fixed wireless service based on AT&T’s claim that it was available and were later determined not to be in an area covered.

In a second Facebook post Wednesday, Presley asked for feedback from people who were told service was available only to find out later that it wasn’t. “We were told it’s available by a store employee but then when I called, was told no, but it’s available just not even a half of a quarter mile from us,” is typical of the comments.

“This is a common story in rural Mississippi,” Presley said during a news conference Thursday, saying that rural connectivity continues to be a problem in across the state.

“We’ve got areas in north Mississippi that you can’t get a broadband signal or a cellphone signal with a SWAT team and search warrant,” he said. “You can’t find it, and these are many areas in our most rural communities that are suffering.”

“When you combine all the federal funds [awarded for rural broadband expansion], AT&T has been the biggest hog at the trough, receiving over a billion dollars over the past decade,” Pressley added.

He also said he had received more than 100 emails and calls regarding the situation in less than 24 hours since asking for comments. Presley said people should call his office at 800-637-7722 or email [email protected] if they have an experience to relate.

A spokesperson for AT&T told The Associated Press Friday that the company complies with the law and requirements of the Connect America Fund.

“In Mississippi, we are confident that we will exceed the final CAF II goal of providing high-speed access to 133,000 rural Mississippi homes by the end of this year,” spokesman Jim Greer said.

“The company has done an F- job of communicating” with regulators, Pressley said, which is not acceptable.

Sally is headed for the Gulf Coast

Mississippi’s Nov. 3 ballot initiatives: What you need to know