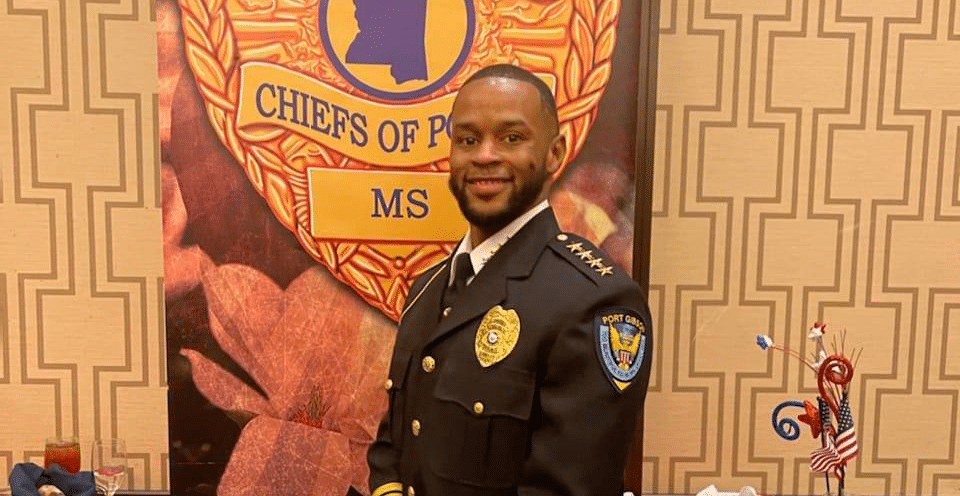 Russell Dorsey at his first Chiefs Conference, where he was appointed to serve as Sergeant at Arms on the Executive Board.

The Mississippi Association of  Chiefs of Police has appointed Port Gibson Chief Russell Dorsey to serve on the Executive Board as Sergeant at Arms.

“I would never have imagined this taking place during my first Chiefs Conference,” Dorsey beamed on social media.  “I will represent the Association and the City of Port Gibson with dignity, pride and respect.”

Before Dorsey was sworn into duty as the Chief of Police in Port Gibson in December of last year, he served over 12 years with the Vicksburg Police Department.  Last October, Dorsey was awarded the highest possible honor, the medal of Valor, for the heroic rescue of an elderly man from his burning home.